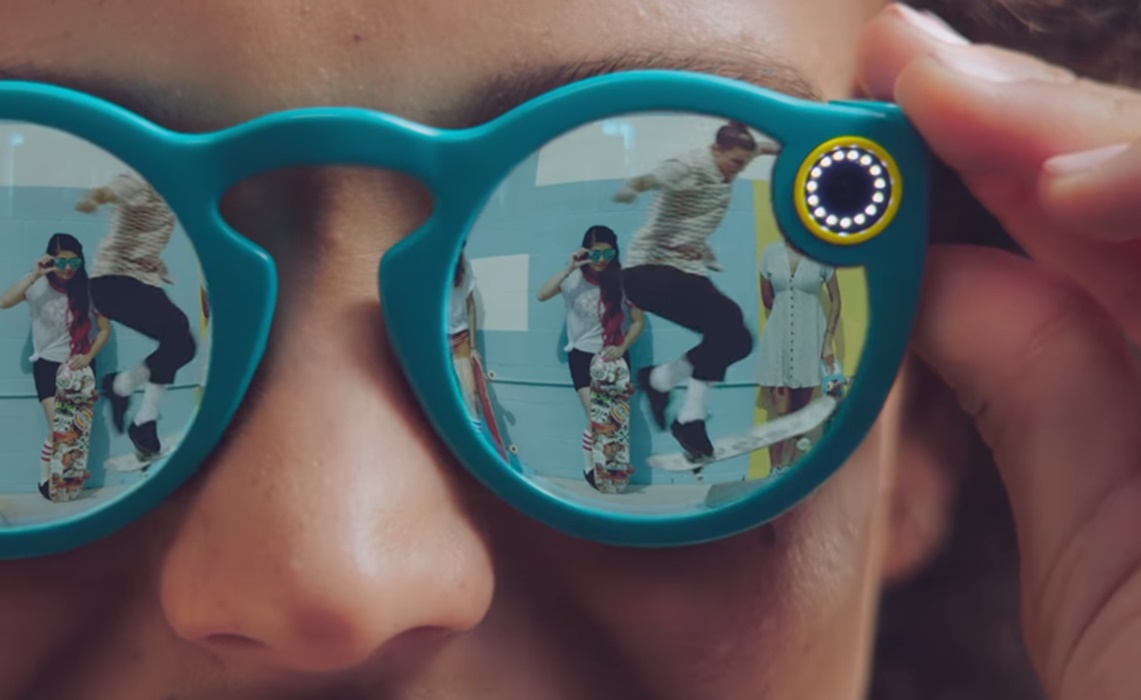 Snapchat Announces “Spectacles” Wearable As It Rebrands Into Snap Inc.

After making its name as a mobile app filled with photos that disappear after a set period of time, Snapchat is now diversifying its business. The tech company has announced it is re-branding itself into Snap, Inc., and that its first product under its new name will be a wearable product called Spectacles.

Spectacles, like Google Glass, are glasses that come with built-in cameras. By tapping on their frames, users can take photos, which will be wirelessly transmitted to Snapchat for editing and sharing. The videos shot by Spectacles (or Specs, as they are called) can be viewed in either landscape or vertical format on recipient’s mobile devices. According to a Snapchat blog post, Specs will be able to take “a day’s worth of Snaps on a single charge.”

The expansion into hardware represents Snapchat’s philosophy as a camera company rather than a social media platform. As Snapchat CEO Evan Spiegel told The Wall Street Journal (where the announcement of Specs was first made), he looked at the evolution of traditional camera companies when planning the growth of his own business. “First it was make a photo,” he explained. “Then it was take a photo. And finally it became give a photo.” The final part of his quote refers to the instant development provided by Polaroid cameras.

While Snapchat may have a clear vision about where it is headed as a company, a move into wearables is far from a guaranteed success. Google’s Glass product, at least in its initial form, is regarded as a flop; less than one year after it became available to the public in May 2014, Google ceased production on it.

Specs has at least three key advantages over Google Glass. For one, Snapchat is being very measured about how it promotes and sells its new product. Spiegel believes users should regard Specs as a toy, and he’s not expecting the wearables to fly off the shelves upon their launch. “We’re going to take a slow approach to rolling them out,” he told WSJ. “It’s about us figuring out if it fits into people’s lives and seeing how they like it.”

A second advantage is price. Google Glass retailed for $1,500 when it first launch, but Specs will cost just $130 when they hit the market.

Finally, Specs will be more fashion-forward than Glass. Google’s wearable was almost unanimously maligned for its dorky look, but Specs — which will be available in three colors — almost look like normal sunglasses. Snapchat put the design of its new gadget on display in an introductory video:

Snapchat has not announced a release date for Specs, but the WSJ report notes that the new wearable is due out sometime in the fall.