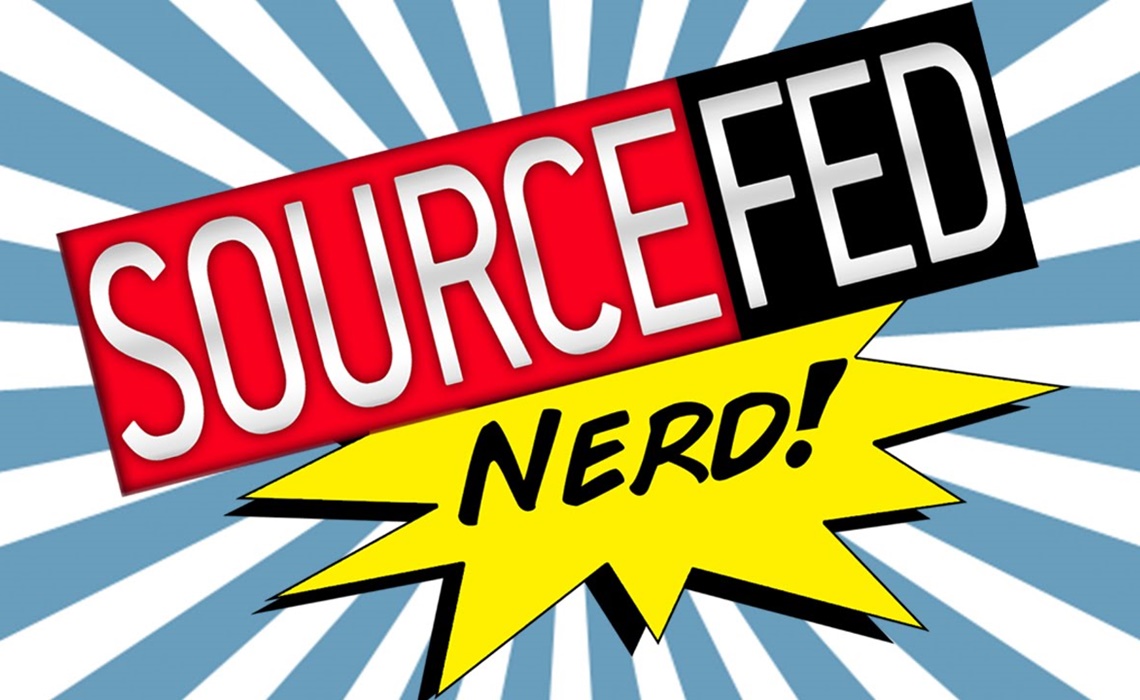 YouTube Millionaires: SourceFedNERD Seeks Those With “An Undying Love Of Nerd Culture”

For those who find the main SourceFed channel to be not-quite geeky enough for their tastes, SourceFedNERD is a prime destination. NERD, which launched in 2013 as the latest extension of Philip DeFranco‘s digital brand, has surpassed one million subscribers by providing its viewers with news about pop culture franchises, entertaining tabletop gaming sessions, and a copious amount of alcohol consumption. Beyond those content categories, NERD also appeals to its fans by featuring a diverse cast of witty hosts. Here’s one of those hosts — Sam Bashor — as well as SourceFedNERD Programming Director Joel Rubin on the big returns their channel has seen.

Tubefilter: How does it feel to have one million subscribers on NERD? What do you have to say to your fans?

SourceFedNERD: We can’t believe we made it to one million subscribers – the feeling is indescribable. We’ve got the best fans on YouTube, from everyone who’s been with us from the beginning to the ones we picked up in the last minute during the stream. Thanks, you beautiful nerds!!

TF: What goals did you have in mind when you launched the NERD channel, and would you say you’ve achieved those goals?

SFN: When we launched SourceFedNERD, our goal was to have a place where we could play video games and talk about movies and pretend it was an actual job. Yes. We have achieved that goal.

TF: Would you say the NERD voice is significantly different from that of the main SourceFed channel? Why or why not?

SFN: Our tone is more sincere and enthusiastic in our love of all things pop culture, because we get to talk about things we love…instead of sad, sad real news stories.

TF: There’s been a fair amount of turnover within the SourceFed staff. How do you make sure the quality of your videos stays high, even as the faces within those videos change?

SFN: We look for people that have an undying love of Nerd Culture, and who are also fun to get drunk with and play video games.

TF: Do you think people watch SourceFed NERD more for the personalities who host it or the content of its videos?

SFN: Newcomers to the channel come for the topics we cover, but over time we seduce them into loving us for our personalities. And our bodies.

TF: The word “nerd” has been used to describe all sorts of people. In this day and age, what do you think it means?

SFN: Nerds are the people who are passionate about any specific subject, who stick with their interests, and are willing to fight their best friend to the death in the epic battle of Kirk vs. Picard.

TF: Your animated videos have performed particularly well. Why do you think that is?

SFN: We’re basically already cartoon characters. The animation allows us to slip the surly bonds of our flesh and realize our true potential: 2-dimensional caricatures of YouTube personalities.

TF: What do you guys think about the increased emphasis online video companies have placed on live streaming and what, to you, are the elements of a good stream?

SFN: One of the things we love most about streaming is the direct conversation we can have with our audience. We can play games live with them, get direct feedback, and have them be an active participant in what we’re doing. A lot of companies want to get into streaming without understanding why certain livestreams and streamers are successful. We only stream when we have a reason to – we’re not streaming just for the sake of live programming.

A good live event for us definitely includes audience participation, as well as a topical, timely element that makes the stream relevant. Most importantly, our hosts’ personalities are what brings our audience back again and again.

TF: What’s next for NERD? Any fun plans?

This installment of YouTube Millionaires is brought to you by Segway. The miniPRO combines decades of experience with cutting-edge technology to deliver the ultimate hands-free, self-balancing scooter. With its enhanced safety features and high-performance system, the miniPRO is a durable powerhouse suited for casual riders and adventure-seekers alike. The hoverboard has evolved. Welcome to the Ninebot by Segway miniPRO personal transporter!