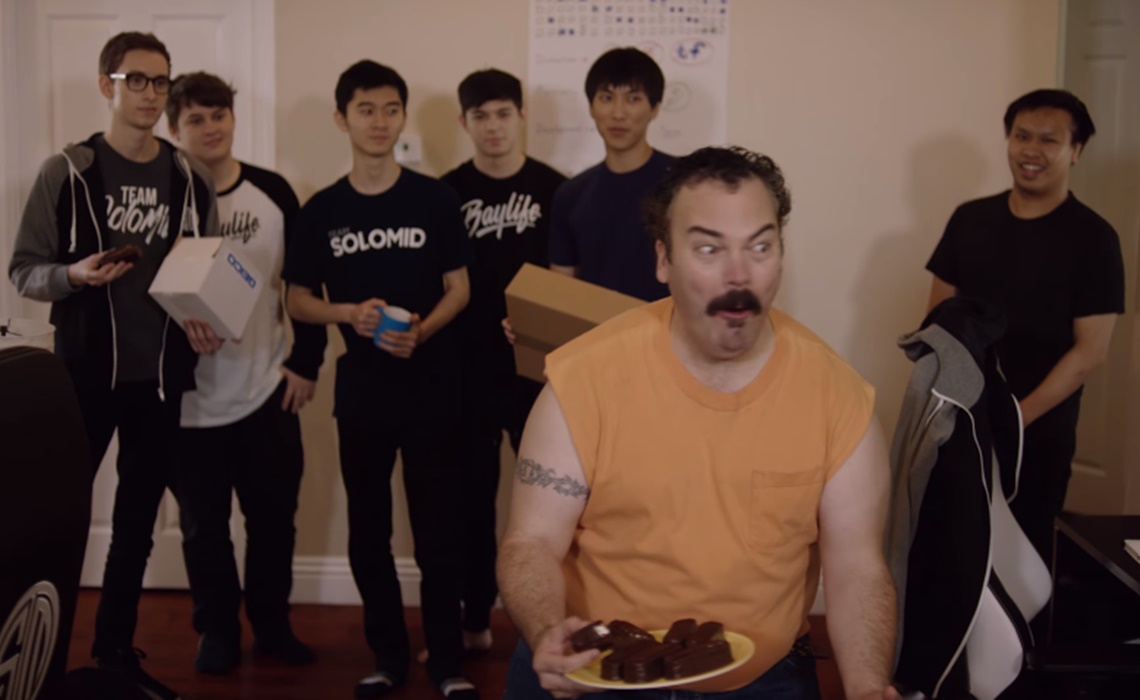 E-sports is one of the fastest-growing categories in the online video space, and its captive audience of (mostly) young and (mostly) male viewers makes it a juicy target for advertisers. The latest brand looking to make an impact in the world of competitive gaming is Geico, which has launched a web series that stars the members of e-sports collective Team SoloMid (TSM).

Some readers of this blog will be unfamiliar with TSM, but they are all-stars in the e-sports world, particularly within the realm of League of Legends. In Geico’s new web series, which lacks an official title, the residents of TSM’s home base deal with a nosy neighbor named Russell, who is intrigued by their exploits as professional gamers.

Russell is a broadly-defined buffoon, but most of the humor within the new web series is aimed strictly at e-sports consumers. In the first episode, for example, Russell brings over a plate of “dessert dogs” as a gift for his new neighbors. While that may just seem like an odd food item, it is actually the secondary account name of Søren “Bjergsen” Bjerg, a TSM gamer who appears in the series.

Of course, the web series is just cracking e-sports jokes because it can; it’s trying to sell insurance, too. Alongside the two full episodes released thus far, Geico has shared a number of 30-second spots starring Russell and the TSM gang. These videos, which we can only assume will run as pre-roll advertisements, discuss Geico’s car insurance, renter’s insurance, and emergency roadside assistance, among other services.

Geico tends to stay up-to-date on digital media trends, so it’s not surprising to see the deep-pocketed brand embracing an emergent community. Even so, it’s nice to see e-sports, long categorized (fairly or not) as a niche category, linking up with a mainstream advertiser. All of the videos Geico has created with TSM can be found on the insurance company’s YouTube channel.