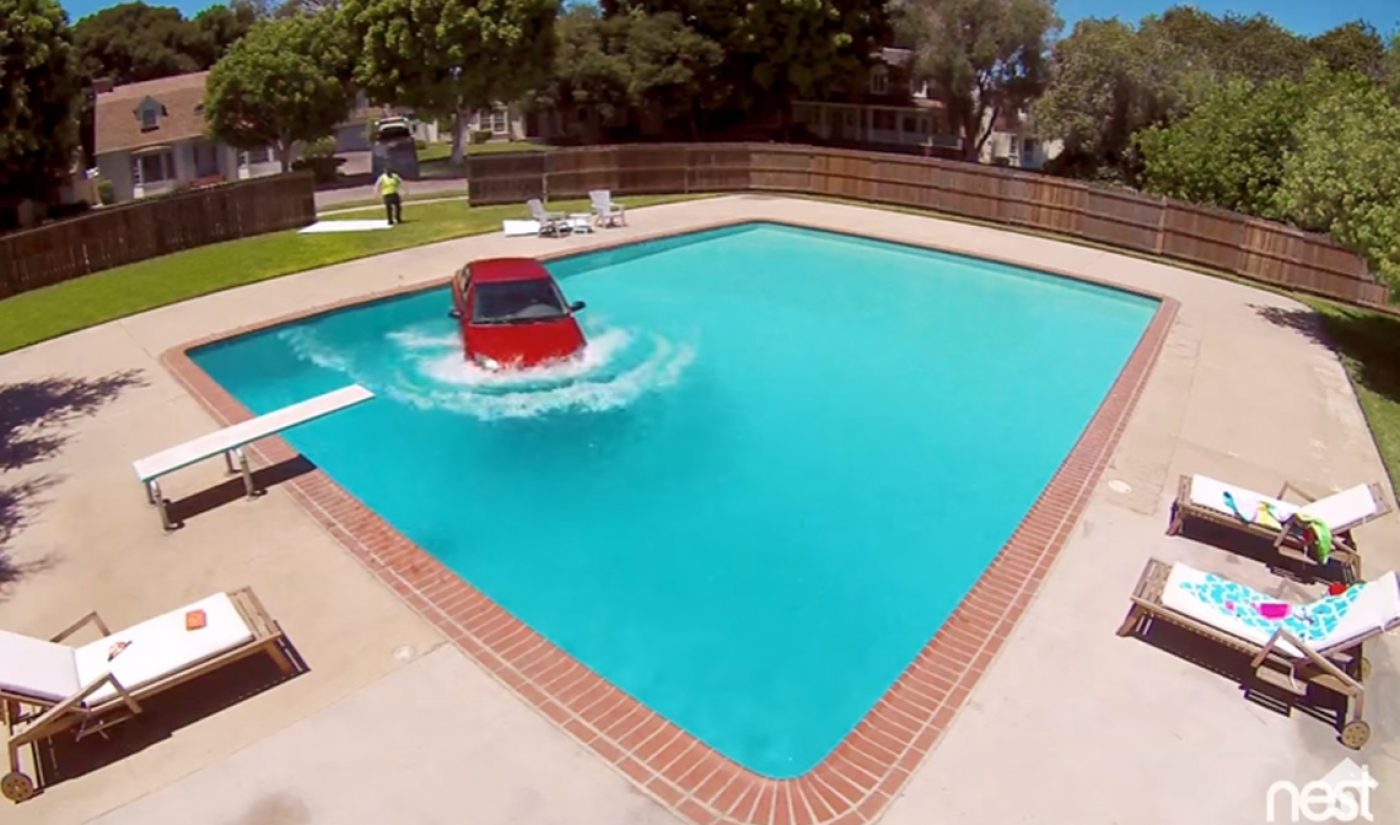 YouTube was built on the funny home videos uploaded in its early years, and a new playlist of branded videos returns to those roots. Google-owned home security provider Nest is the host of Mystery Solved, which shares some of the best footage captured with the company’s cameras.

The Mystery Solved playlist currently consists of seven videos, which were uploaded to the Nest YouTube channel on September 6th. The series is framed from the point-of-view of Nest camera owners who are reviewing their footage to figure how exactly that car ended up in their pool, or how that tree in their backyard managed to catch on fire, or how their front yard became covered in toilet paper. After watching the videos, Nest users will be able to say “mystery solved,” hence the title.

Mystery Solved is old-school user-generated content (UGC) at its finest, but it’s also a nice little advertisement for Nest. No video in the series shows of its status as sponsored content better than the one in which a camera picks up a man who appears to be swiping a package from someone else’s front porch. Sign up for Nest home security, the video seems to say, and you’ll be able to catch all the petty criminals in your neighborhood.

It’s been many years since YouTube was dominated by UGC, but the video site’s oldest format is still good for the occasional brand campaign. Last year, for example, BBDO Russia used the dash cam genre to sell insurance. Here’s to many more clever UGC ads that make the old new again.