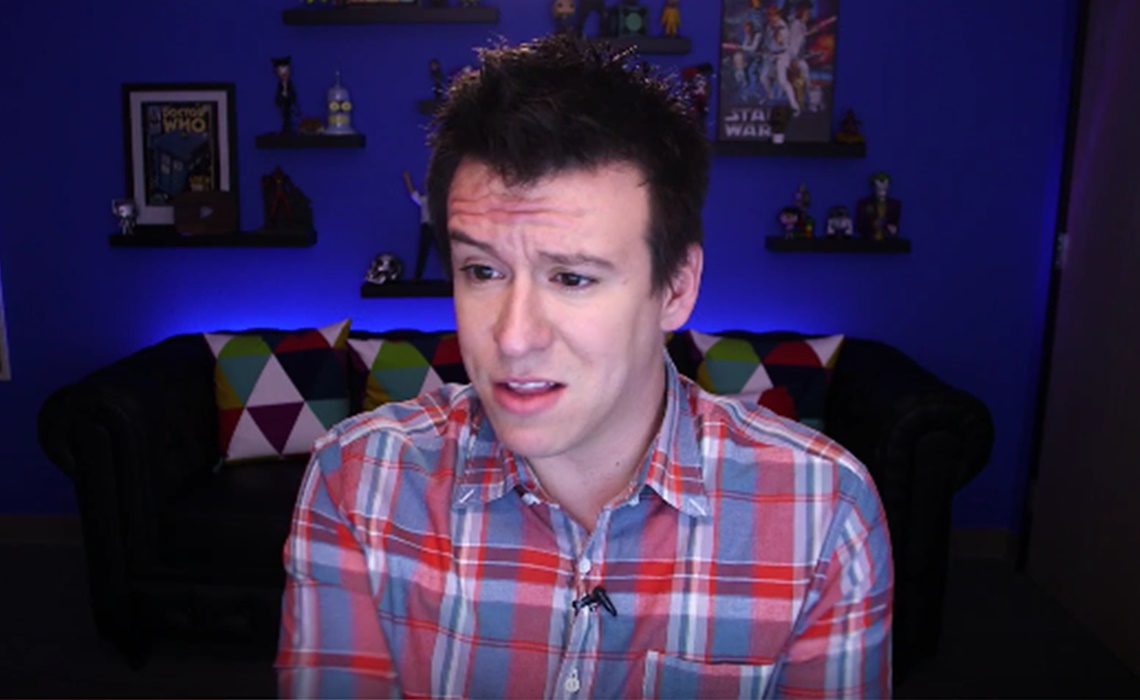 On August 31, 2016, a group of creators led by Philip DeFranco sparked an Internet firestorm when they shared that several of their videos were deemed “not ad-friendly” by YouTube and had been “demonetized” as a result. In truth, those videos were not newly demonetized, and the reason creators noticed the change now was due to a policy change made by YouTube in an effort to be more transparent.

Even though the demonetization controversy didn’t end up in exactly the same place it started, it has drawn a flurry of responses from the YouTube community. Everyone seems to have an opinion, from the people who are crying censorship to those who don’t think an “ad-friendly” policy is such a bad idea. While we have already written a basic overview of the recent events, there is plenty more than can be learned from the collected reactions to the controversy.

Let’s begin with a point that several people have made in recent days:

Many prominent creators, DeFranco and Jenna Marbles among them, have pulled out the c-word in their reactions to YouTube’s previously-unnoticed policy. “Taking away monetization is a form of censorship,” DeFranco claimed in one of his recent videos.

In truth, censorship is too strong of a word, because YouTube is not prohibiting ad-unfriendly content from being uploaded in the first place. “[In] what bizarre world is the act of not paying somebody for content they are freely allowed to create, upload, and share on your platform considered censorship?” asked YouTube star Freddie Wong in an editorial. “This is not censorship. This is not some ‘form’ of censorship. Ask yourself: Do you believe that creators deserve advertising on anything they create, regardless of content? Do you believe advertisers should be required to monetarily support any kind of content? If depriving a content creator of money for their work amounts to censorship, then does anybody who uses an ad blocker while watching somebody’s videos engage in de facto ‘censorship’ of that creator?”

Variety reporter Todd Spangler, who covers the digital media beat, echoed Wong’s sentiments. In a sharp op-ed piece, he cited Bob Garfield of public radio’s On The Media. “If makers wish to participate in a commercial marketplace, they must live with its sensitivities,” Garfield said. “As long as the government isn’t trying to stifle speech, move along. There’s nothing to see here, folks.”

YouTube isn’t engaging in censorship here. It does, however, have some other issues it needs to sort out.

Another common complaint, beyond the cries of censorship, concerns the YouTube algorithm that determines which videos are ad-friendly and which ones are not. Boogie2988, a gamer and commentator who always makes his voice heard during YouTube-related controversies, criticized the video site for flagging his suicide prevention videos as ad-unfriendly. Several other creators, including the hosts of the Machinima ETC channel, have asked why upstanding news videos about sensitive-yet-important subjects like North Korea have been flagged.

#YoutubePartyIsOver Don’t try to save lives on youtube if you plan for it to be part of your business model, kids. pic.twitter.com/Nf2NRWDdcn

Ethan Klein, the host of h3h3productions, did some digging and came up with a partial answer. As he saw on his own channel, videos tagged with salacious terms like “ISIS” and “rape” were more likely to get hit. While he shared this information with his viewers, he also questions why he had to find out this information himself, rather than learning about it from YouTube. “The crazy thing is, I actually don’t think anything has changed. Now they’re just telling you…before they just wouldn’t pay you at all and you wouldn’t understand why all of a sudden you’re making 10% of what you’re supposed to be.”

If it’s true that YouTube has been enforcing this policy for years and has only now made it clear enough for creators to see the damage — and all signs point to that being the case — it’s a bad look. YouTube is a place of work for thousands of people, and it’s not fair for those people to be affected by behind-the-scenes changes hidden in the deepest corners of the video site’s user interface.

In YouTube’s defense, the decision to improve notifications for demonetized videos is a step in the right direction. The video site made creator relations a big theme of its presentation at this past year’s VidCon, which leads us to believe more positive changes are coming. At the same time, it’s hard not to wonder what other little-known policies are hiding in within YouTube’s massive infrastructure, yet to be properly revealed.

In the meantime, there are some steps creators can take.

We’ve devoted a ton of space on this blog to the drawbacks of pre-roll advertising as a moneymaking model. In short, it’s intrusive, its value tends to fluctuate greatly, and it is at odds with the widespread adoption of ad blockers.

This latest kerfuffle shows another drawback of the pre-roll model It is beholden to the whims of advertisers. If brands don’t like violent or explicit content, they can opt not to support it — and that’s exactly what they do. “This is standard fare for advertisers,” said Cenk Uygur of The Young Turks in a recent video. “They eliminate the violence, the sex, the bad language.” “If we YouTubers want to keep YouTube as our jobs,” added GradeAUnderA in his latest take, “we have to keep the advertisers happy.”

In the wake of the demonetization controversy, no one has hit this point harder than Vimeo, the online video platform known for serving the artsy set. Vimeo does not have any pre-roll ads, and that comes with certain advantages. “YouTube’s revenue model continues to place narrative guard rails on creators,” reads an email from a Vimeo representative. “In contrast, Vimeo—with no interruptive advertising anywhere on the platform — empowers creators will full creative control.”

Love it or not, pre-roll advertising is the primary avenue through which YouTube creators are able to make money. But it’s not the only way…

In his initial response to the demonetization of his videos, DeFranco noted that he wouldn’t be hurt too badly by YouTube’s actions because he had already, in essence, YouTube-proofed his digital presence. His revenue streams include, for example, merchandise sales, where advertisers have no control over the items he sells.

If we accept that advertisers have the ultimate say on what is deemed “ad-friendly” on YouTube, then that only provides more incentive for creators to expand their business to multiple platforms. As Wong explains, there are many ways to accomplish that goal. “The way to have a say is to concretely support the creators and channels you watch directly by giving them money,” he writes. “There are options here: merchandise, crowdfunding platforms like Patreon, direct donations. This will actually allow them to cover any topic in any manner of their choosing.”

Even in terms of advertising itself, there are multiple options, and not all brand deals need to be routed through YouTube. As GradeAUnderA notes, if viewers become more amenable to sponsored content, it will allow creators to work with brands that align with their content.

A greater diversity of revenue streams may also help resolve the bigget-picture issue raised by this controversy.

Once again, the demonetization of ad-unfriendly videos is not a new YouTube policy, but one reason it’s getting so much attention is because it speaks to very real and very big issues facing the online video community today. Specifically, the bootstrapping, do-it-yourself creators who turned YouTube into an entertainment paradigm separate from TV are now at odds with media companies that want to make online video more like TV, and by extension, safer for brands. This is a conflict that has been going on for a long time, but it gets hotter with each passing controversy.

DeFranco and Jenna Marbles are two members of that first wave of YouTube stars, so it’s not surprising that they’re upset about recent events. After all, them and their ilk came to the Internet because they felt they might be free from the restrictions TV producers place on content. When they talk about censorship, they seem to be fretting about the loss of the original YouTube voice as much as they are complaining about the depreciation of certain topics.

“YouTube is in the business of selling advertising, and in particular is in the business of trying to get advertising dollars that are allocated to television to shift over to their platform. That is very similar to the business we have been in for years. Having sat down with many agencies and brands, I can assure you that one of their biggest fears is that their advertisements will show up against content that does not adhere to the standards listed above. The easiest way for someone to defend buying ads on television versus digitally is to point to the lack of those standards online.”

For executives like Richman who are trying to poach TV ad spend, the shift of YouTube to a more TV-like feel is an important step forward. Nonetheless, we shouldn’t expect the creators who have no interest in that evolution to accept it without protest. This is the culture war I speak of, and it might get messy in the near future. In the present, however, open communication between YouTube and its constituents can make the transition into the video site’s future as smooth as possible.