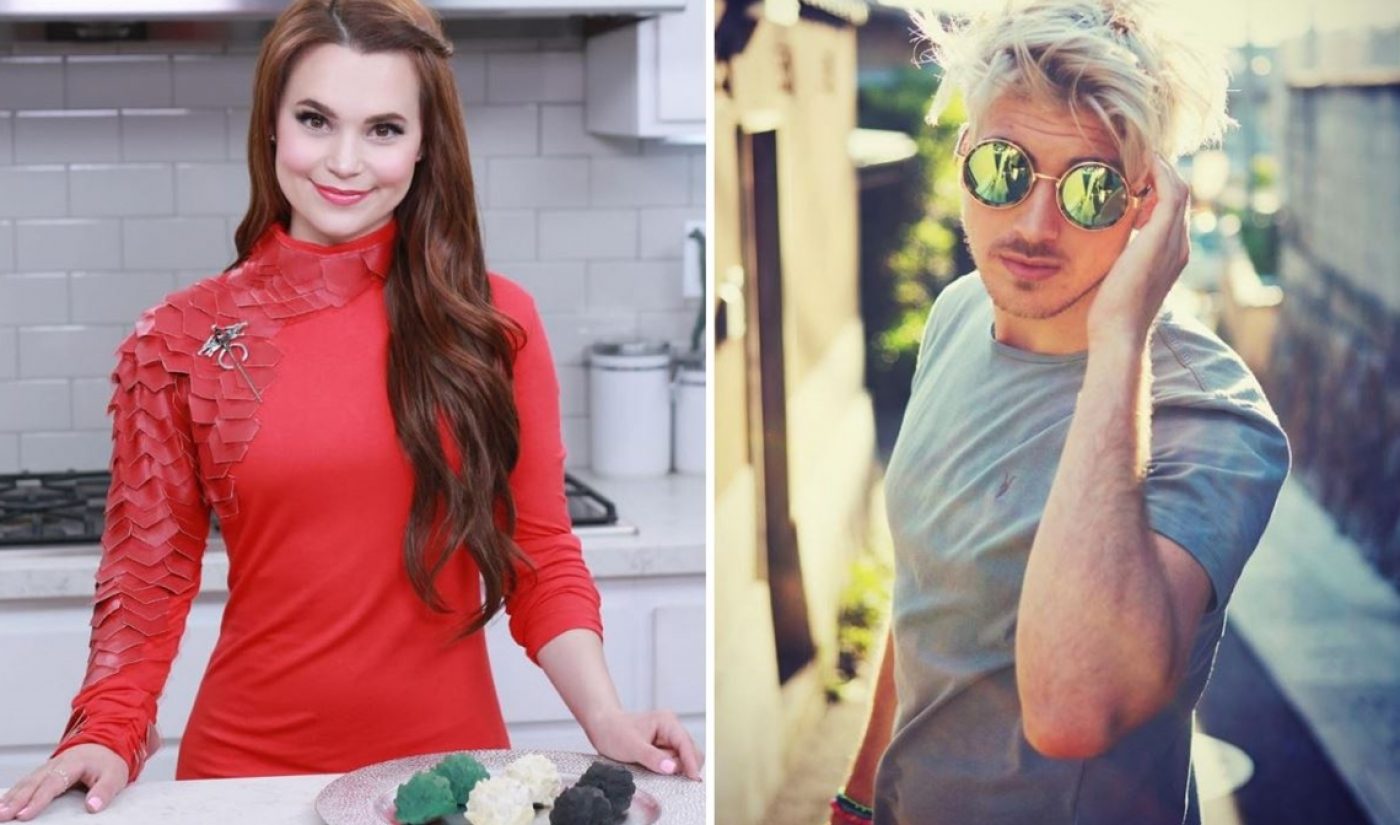 When the mobile game Best Fiends shifted almost all of its marketing budget toward branded YouTube videos this year, it turned out to be an ingenious calculation. Daily active user growth increased from 9% to 21%, according to Finnish startup Seriously, the game’s maker, daily installs increased six-fold, and daily U.S. revenue increased four-fold.

Now, the puzzle game is taking its relationship with YouTubers to the next level. Bold-faced creators Rosanna Pansino and Joey Graceffa — who were two of 700 influencers tapped by Best Fiends to create sponsored content — are now starring in a brand new ad campaign for the company alongside Grey’s Anatomy’s Kate Walsh.

“With Best Fiends, we are focused on being just as creative in our marketing campaigns as we are in our game design, story, characters, and world,” said Seriously co-founder and CEO Andrew Stalbow in statement. “By combining great Hollywood and YouTube talent in an original scripted video, we’re excited to challenge the way most mobile apps are promoted. ”

And beginning today for three weeks, Walsh, Pansino, Graceffa, and 12 other YouTube stars — including VanossGaming, the Fine Brothers, RCLBeauty101, and Brooklyn And Bailey — will be integrated into the game itself. Each will have a personal symbol hidden within the game, and if players find all 15, they can unlock new features.