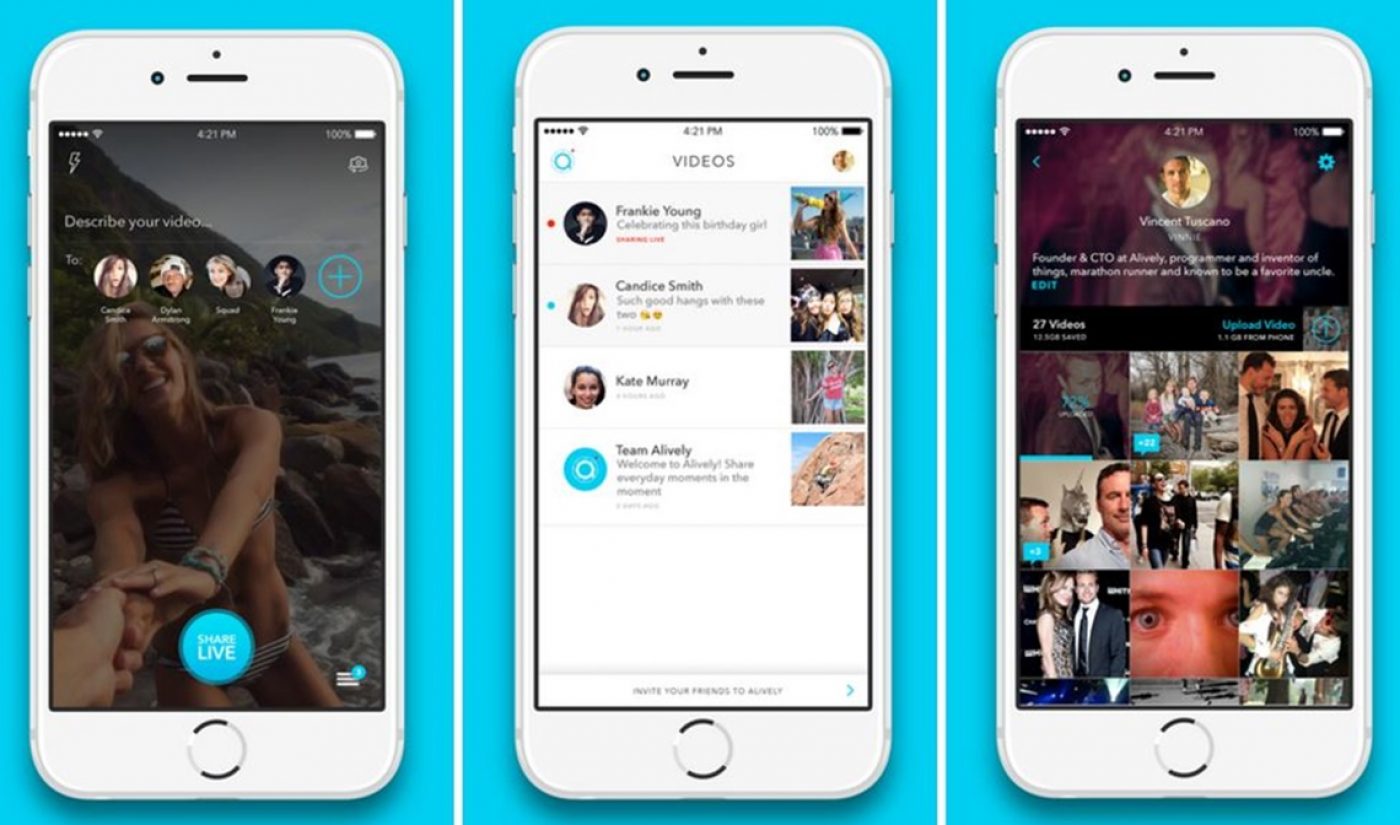 Vadim Lavrusik helped turned Facebook Live into the largest player in the buzzy live video space as the service’s co-creator and product manager for five years. But now, in an entrepreneurial twist, Lavrusik has departed the company to found a competing streaming service, Alively. (Alively is not to be confused with Live.ly, Musical.ly’s recently-launched streaming app, which cinched 2 million downloads in a matter of weeks).

Alively, which launched yesterday in Apple‘s App Store, is intended for users who wish to broadcast to a highly select group of viewers, according to The Wall Street Journal. Lavrusik, who left Facebook earlier this year and has previously held social media strategy roles at Mashable and The New York Times, founded the company alongside Ray Lee and Vincent Tuscano, who were both formerly co-founders of Upfront Media, which builds online communities for influencers and their fans.

“There are moments you would have recorded on your camcorder, but those aren’t moments you’d want to broadcast on CNN,” Lavrusik told the Journal of Alively’s chief point of distinction. The product is also appealing for users who might fear their public streams on Facebook are being judged.

Of course, Alively will have some serious catching up to do. Facebook CEO Mark Zuckerberg has made Live a priority for the company, which counts nearly 2 billion users. (It’s also worth noting that Facebook does already enable users to limit streams to a select group of viewers). And the world’s largest social network has made great strides in broadening the reach of Live in recent months, reportedly paying two dozen influencers — including Ray William Johnson — a total of $2.2 million to regularly host broadcasts. Facebook also recently began paving the way toward monetization with mid-roll ad tests inside of broadcasts, and has rolled out new Live video metrics to help creators better understand their demographics and engagement.

Nevertheless, Alively has raised $800,000 in a seed round, according to the Journal, and will further distinguish itself by emphasizing video quality as opposed to speed. In order to ensure crisp streams, all videos will arrive on a delay of between 10 and 30 seconds.