After 534 Consecutive Days, Casey Neistat Is Taking A (Temporary) Break From Vlogging 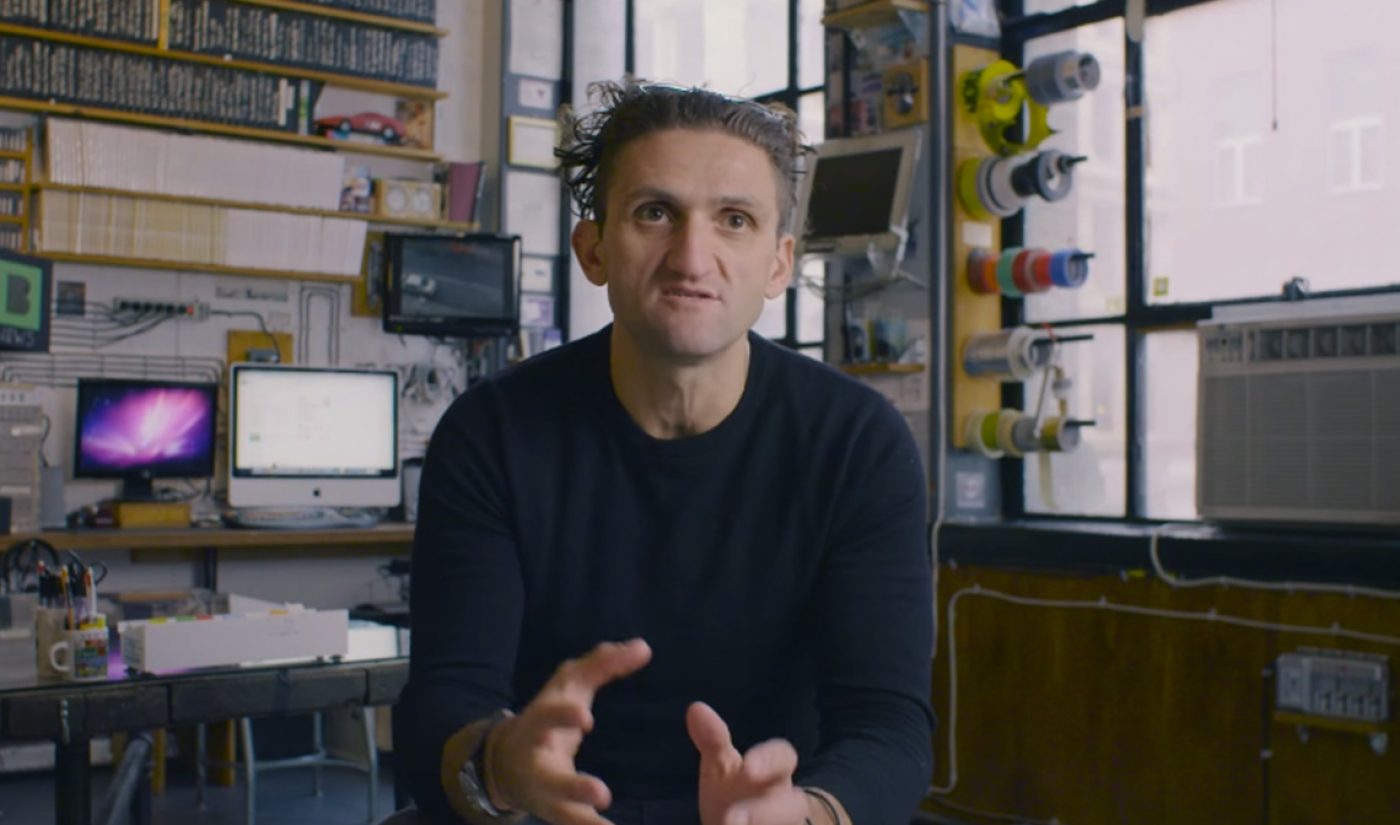 Casey Neistat isn’t giving up on daily vlogging — at least he doesn’t think so. But after more than 534 total consecutive daily uploads, Neistat — whose YouTube channel counts more than 4 million subscribers and who has helped propel the medium to new artistic heights — says he needs a bit of a break.

In a video posted to his channel provocatively titled My Last Daily Vlog, Neistat announces that while on a cruise in Italy over the next week with his wife, Candice, he’s putting down his camera. “I need a break,” he says, amid scenic shots of their surroundings and a breezy backing track. “I want to take this week off. Hope you don’t forget about me,” he adds — not entirely unseriously. “Hope you don’t forget about Candice. We’ll be back, probably, in like a week or something.”

While daily vlogging is undoubtedly a grueling proposition, Neistat hints — in a Marcus Aurelius quote posted toward the end of his video — why he’s made the decision: “Confine yourself to the present.”

Fellow former daily vloggers PrankvsPrank, for instance, have described how the practice can become a toxic — and relationship-ending — strain. But in an era where fans are privy to their favorite creators’ every move, vloggers likely feel a kind of implicit obligation to continue to provide access. “Day 2 without Casey,” wrote one commenter on Neistat’s vlog named Cosmic Donut. “I’m slowly dying of boredom without vlogs and Pewds and Lilly are also gone. Plz pray.” Perhaps there is also, as Neistat notes, a looming fear of losing relevancy. Wrote another commenter, Glide Gear: “Enjoy your break…much deserved! Don’t worry, we will all be here when you get back!”

Check out Neistat’s final daily vlog after 534 days below: