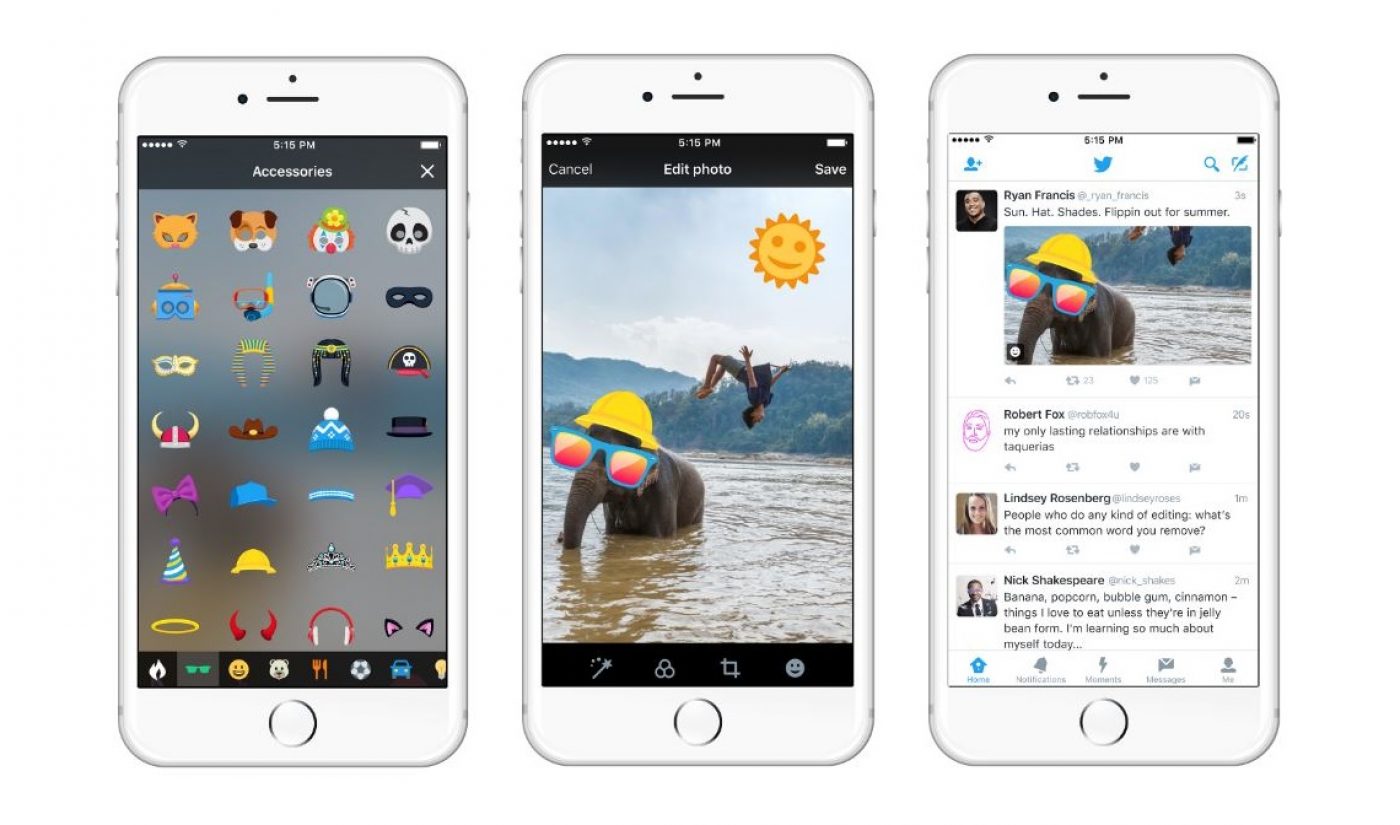 Weeks after tapping bold-faced influencers like the Dolan Twins, Andrea Russett, and Todrick Hall for a video ad campaign touting its new Stickers feature, Twitter today announced that it is opening up the feature for branded use.

Stickers, or hundreds of cartoon images that users can post onto their photos — and which are also clickable, serving as visual hashtags — are the latest tool Twitter is handing to brands to amplify their creative arsenals, the company announced today, in addition to GIFs and Polls. Now, brands will be able to create and promote a total of either four or eight custom stickers to be prominently featured within the platform’s Sticker library. Promoted Stickers, as the new service is called, will be available to all users and “represents a huge opportunity for brands to drive brand affinity and raise awareness of their message at scale,” writes Twitter’s head of brand and video ads, Ilya Brown, in a company blog post.

Twitter says that millions of photos have already been adorned with unsponsored Stickers since the feature’s launch almost two months ago. Promoted Stickers will have the advantage of proliferating user-generated branded content, and, because Stickers are searchable and discoverable with a tap or a click, they enable brands to keep tabs on how these photos are being shared, Brown added.

And in what marks the largest partnership between Twitter and Pepsi to date, the beverage brand will serve as the exclusive launch partner for Promoted Stickers — and has created roughly 50 custom designs across a total of 10 different markets. The partnership, which was reportedly in the works for months, also calls for a creator campaign forged alongside Twitter’s social media talent agency, Niche.

“Stickers have been hugely popular with consumers, and we are thrilled to now include brands in that conversation, starting with Pepsi,” said Adam Bain, Twitter’s COO, in a statement. “Now, people around the world can all share their universal passion for Pepsi and make the brand come alive in a powerful new way on Twitter.”