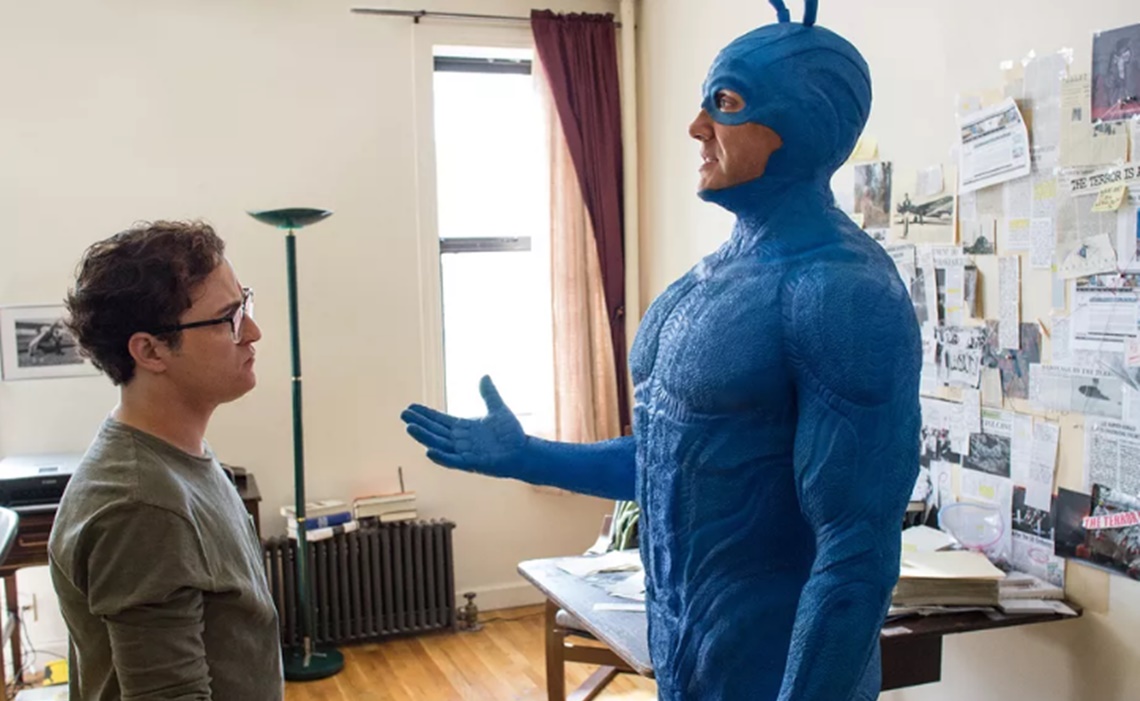 Amazon To Stream Its Next Round Of Pilots On Twitch

Since acquiring Twitch in 2014, Amazon has appeared to take a hands-off approach with the live-streaming platform. At the end of August, however, a partnership between the retailer and its prized property will go live. Amazon Studios plans to stream some of its original series pilots on Twitch for a 24-hour period beginning on August 31st.

The pilots included in Amazon’s Twitch partnership are the three comedy projects announced back in July: I Love Dick, Jean-Claude Van Johnson, and The Tick (pictured above). They will arrive for Amazon Prime subscribers on August 19th, 12 days before they head to Twitch. Their exact landing spot on the streaming platform isn’t yet known, as Amazon has not offered an official press release regarding this partnership. Instead, the retailer discussed its pact with Twitch during the same TCA presentation at which it shared new footage from several of its upcoming original programs.

The decision to stream Amazon Studios pilots on Twitch makes sense on both sides. By presenting its latest shows to Twitch’s predominantly young-and-male audience, Amazon can get feedback beyond what it receives from its Prime subscribers, thus allowing it to make a more informed decision about which shows to pick up for full seasons. The pilots will also fit well under the Twitch Creative banner, where the streaming platform has screened non-gaming content, such as episodes of Bob Ross’ The Joy of Painting and Julia Child’s The French Chef.

Amazon will soon celebrate the two-year anniversary of its Twitch acquisition; the $970 million deal was announced back in August 2014.