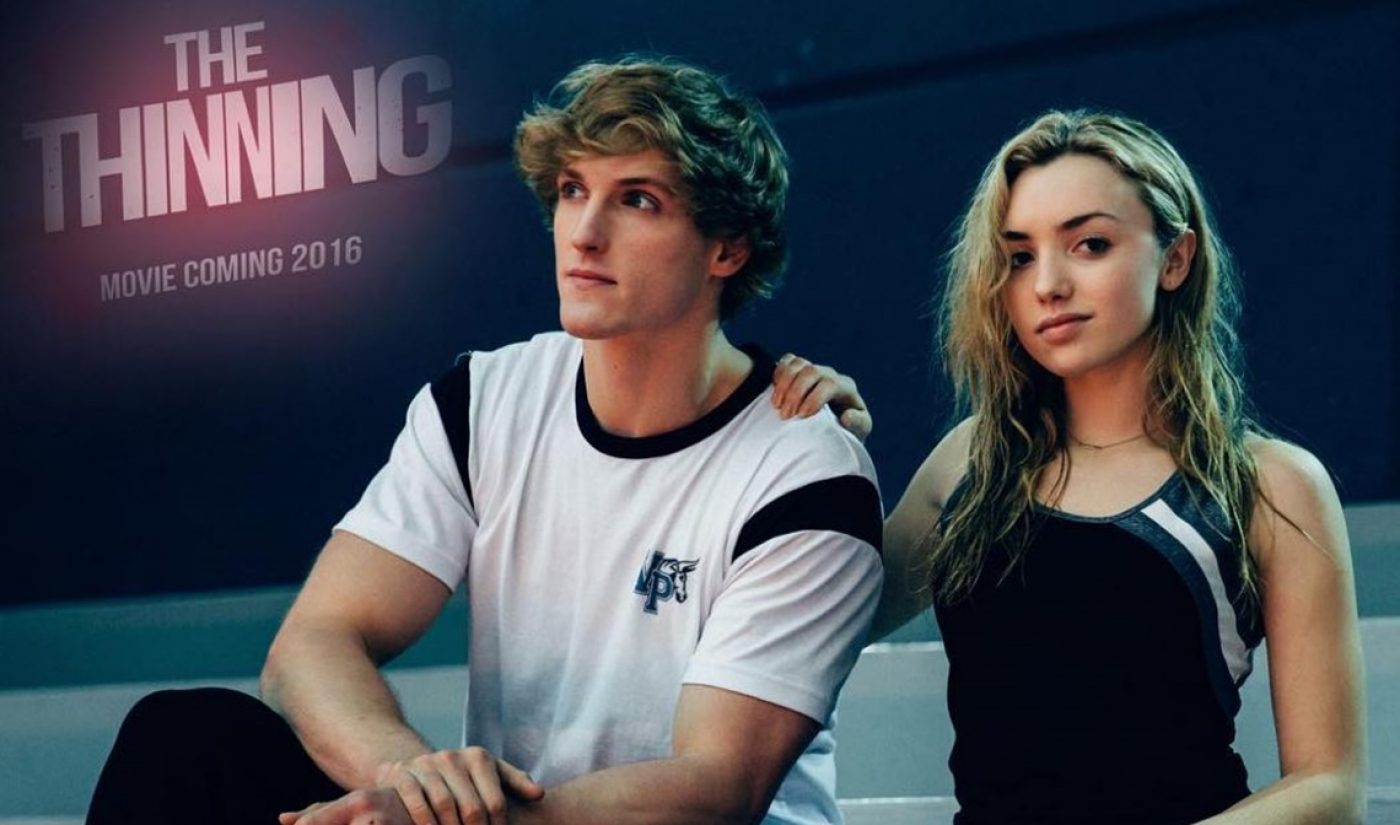 At its inaugural Television Critics Association (TCA) appearance today, YouTube announced that it has picked up the rights to The Thinning — a dystopian feature film from Legendary Digital Studios that’s set to premiere on premium subscription platform YouTube Red later this year.

Starring Viner Logan Paul — who is also featured in another YouTube Red hit, Foursome — The Thinning will tell the story of two students in a world where population is controlled via a high school aptitude test. Paul and co-star Peyton List (of Disney Channel fame) discover a conspiracy behind the test and set off on a journey to smash the system, the Hollywood Reporter reports. Rounding out the cast in the influencer realm is Lia Marie Johnson. The Thinning was directed by Michael Gallagher, who also helmed the Shane Dawson-starring Internet Famous mockumentary, which recently debuted on Netflix.

“[YouTube Red] gives our film an exciting opportunity to connect with a huge audience of digitally native fans eager to see their favorite performers in high-end content in a proven genre,” Greg Siegel, Legendary Digital Studios’ SVP of development and production, told the Reporter in a statement. The Thinning was originally announced by Legendary last November. Gallagher wrote the script alongside Steve Greene, who, alongside producing partner Jana Winternitz, won a Legendary short film contest in 2014 hosted at various YouTube Spaces across the globe.

YouTube’s global head of original content, Susanne Daniels, added that The Thinning marks the first feature-length thriller for YouTube Red, and said, “We know our audience will be captivated by the film’s suspenseful storytelling and brave characters as they fight for survival.”