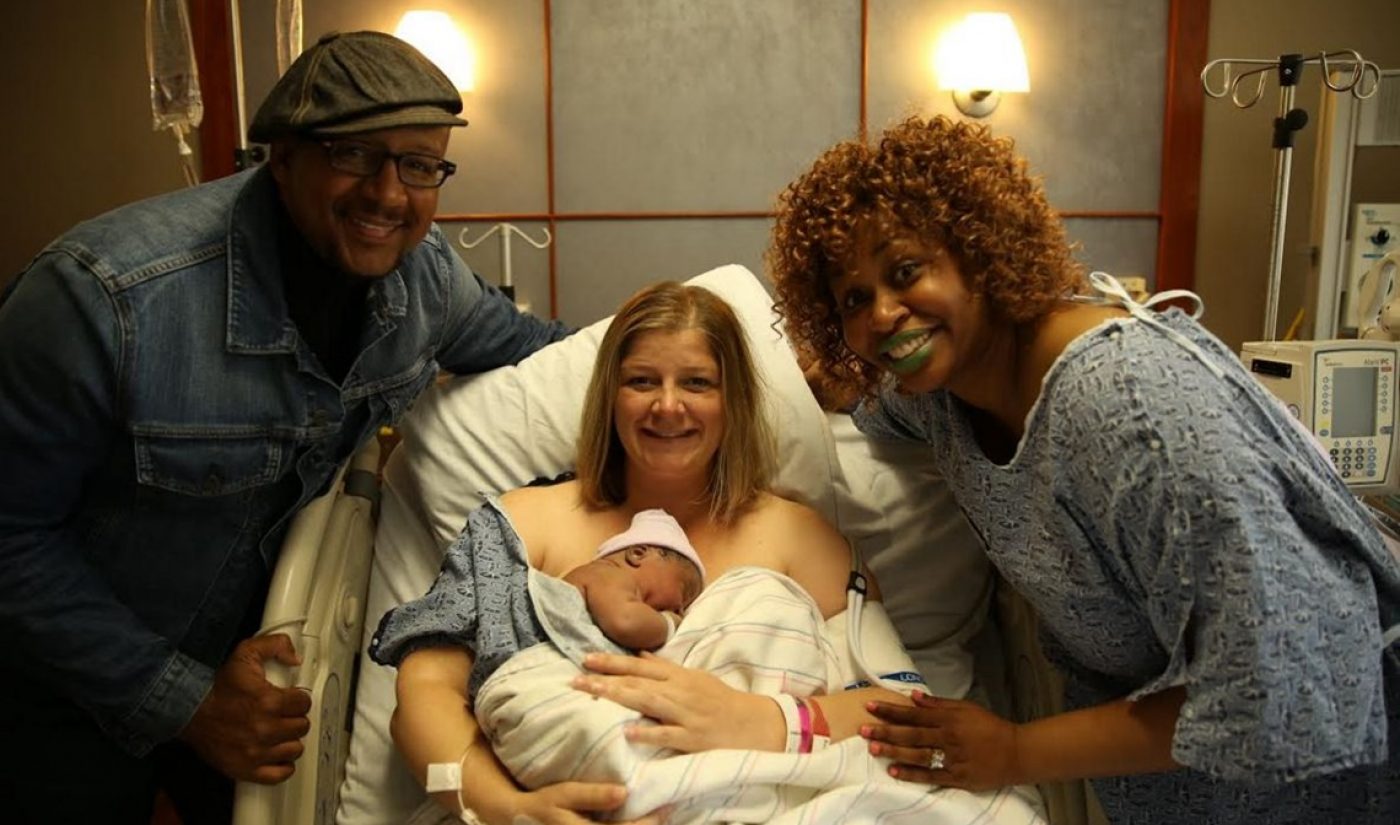 After releasing her first memoir, Is You Okay?, in June, boisterous YouTube personality GloZell Green has just announced what may be her biggest debut of all: the birth of her first daughter, O’Zell Gloriana De Green Simon. Green’s surrogate, Shawna Johnson, gave birth to baby O’Zell yesterday afternoon, and the little girl weighed in at almost 9 lbs and measured 19.5 inches, according to the YouTube star.

Green has been chronicling her fertility struggles and surrogacy journey over the past year on a series titled Glo All In for Awestruck, a lifestyle entertainment brand launched by AwesomenessTV. The series is available on YouTube as well as Verizon’s Go90 platform. A new episode, set to air Monday on Awestruck’s YouTube channel, will provide an all-access look behind the scenes of O’Zell’s birth.

This is the first child for the 44-year-old and her husband and manager, Kevin Simon. The baby is named for Green’s late father, whose name was O’Zell, while Gloriana is a nod to her mother, Gloria, and De serves to honor Green’s sister, DeOnzell.

Green was told by doctors that due to endometriosis and other factors that she would not be able to give birth, People reports. “To say, ‘What Shawna is doing for us is the greatest gift,’ is an understatement,” Green told the outlet. “She truly is an angel in our lives and we will be forever grateful to her for her generosity toward us.” The family celebrated O’Zell’s impending arrival back in May at a Jack & Jill-themed baby shower, attended by fellow YouTube stars iJustine and Todrick Hall.

Check out the trailer for Glo All In, which is now in its second season, below: