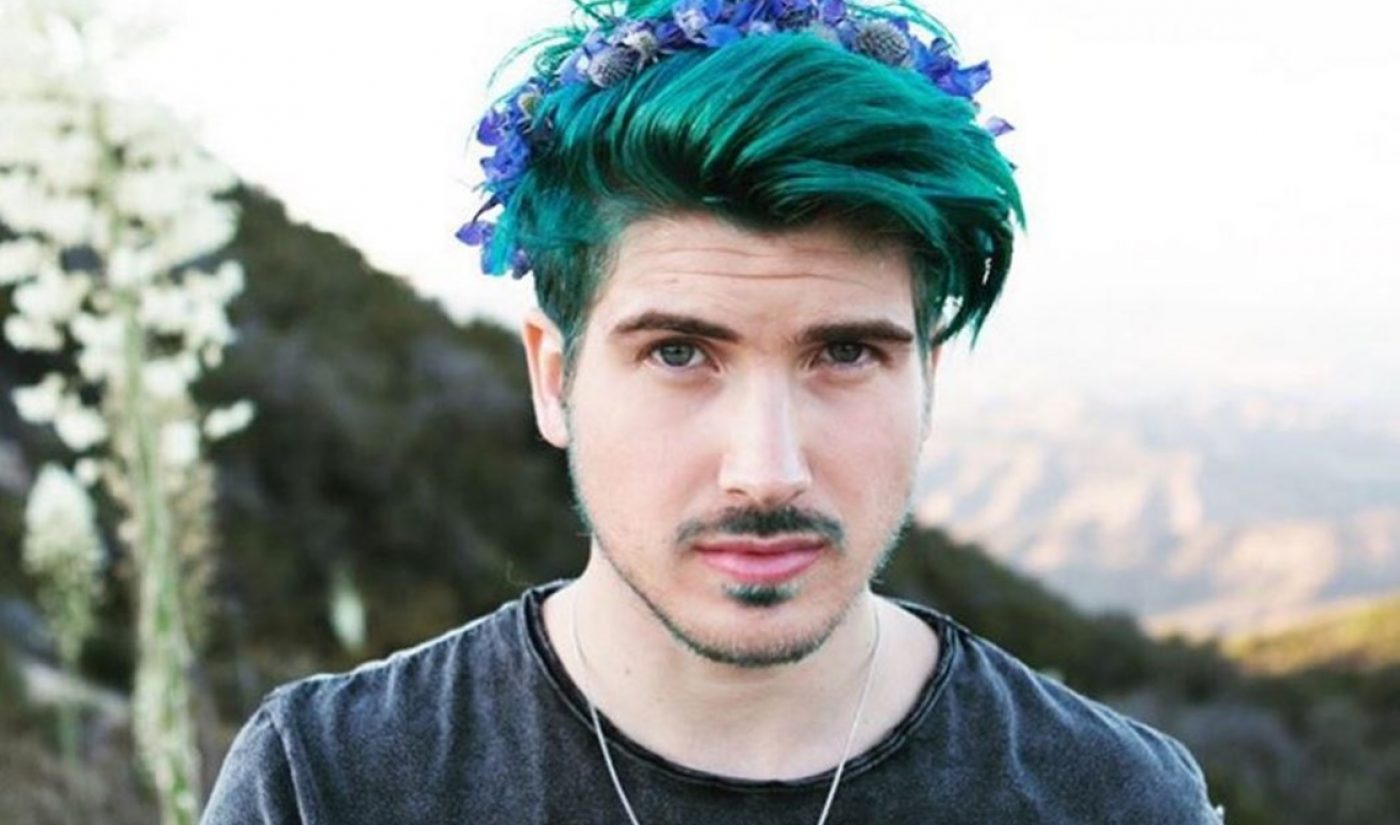 Vlogger Joey Graceffa just announced his second book — a dystopian young adult novel titled Children Of Eden that serves as a follow-up to his 2015 memoir In Real Life.

Children Of Eden, the details of which Graceffa shared in a video today, will be published by the same outfit behind In Real Life — Keywords Press, an imprint of Simon & Schuster founded in partnership with UTA that has also released books by YouTube stars iJustine, Shane Dawson, Shay Carl, and Connor Franta. Children Of Eden, priced at roughly $15.00 and dropping October 4, is currently available for preorder in the U.S., U.K., and Australia on Graceffa’s website.

The book, which Graceffa says he initially conceived as a film concept after wrapping his hit YouTube series Storytellers, follows heroine Rowan — a twin born in a future society where families are only allowed to have one child apiece. After being hidden away in her family’s compound for 16 years, Rowan escapes for one night of adventure, which sets into motion a tragic and potentially world-changing chain of events.

“It’s set in this dystopian world in the future,” Graceffa explains in his video announcement, “kind of based off of where I foresee our world going to, which is self-destruction.” The only inhabitable place on Earth is a city called Eden, he explains, while the rest of the Earth has become a poisonous wasteland. Every citizen of Eden must receive eye implants — which is what makes Rowan’s kaleidoscope eyes a dead giveaway when she attempts to go out in public.

“It was such a fun story to create in my head,” Graceffa says. “Originally, I planned for it to be a feature, so hopefully this will be one of those cases where my book will eventually become a movie. That’s the dream, that’s the goal.”

Check out the announcement below: