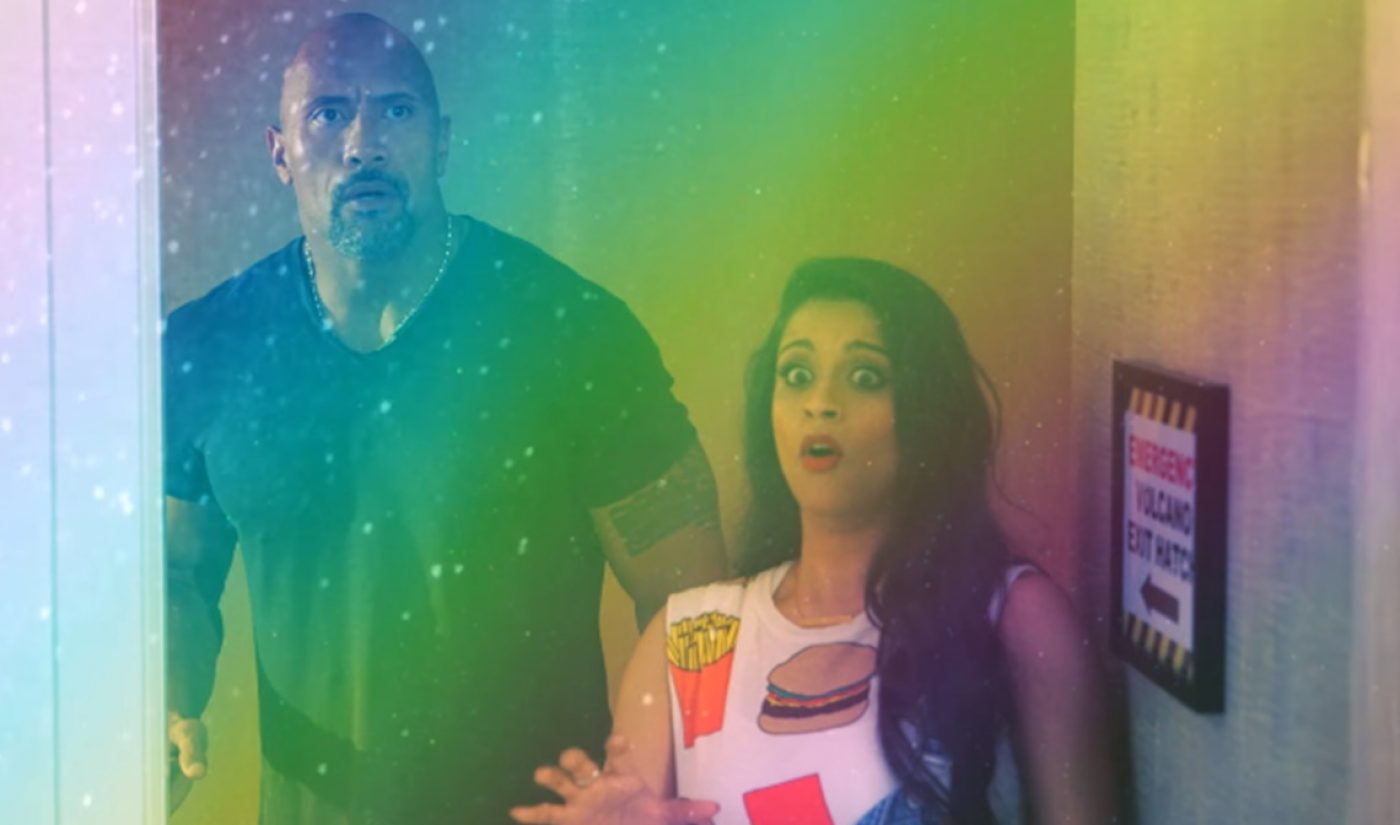 The time has finally arrived for YouTube viewers to smell what Dwayne “The Rock” Johnson is cooking. The former wrestling star and current film star has released the first video on his new channel, and it’s a collaboration with several of the Internet’s most popular content creators, including Lilly Singh, Markiplier, and Roman Atwood.

The video is set on a remote island in the South Pacific, which is home to a secret (and, as far as we know, fictitious) facility at which all popular YouTube videos are made. Singh, whose friendship with Johnson is well-documented, takes the Hollywood star on a tour, and the two of them encounter a number of top YouTubers along the way. Markiplier engineers cat videos, LaurDIY and Alex Wassabi perform couples yoga, Grace Helbig, Flula, and King Bach try to pull off some double rainbow shenanigans, and, in the final room, a bunch of Rock impersonators show off their best People’s Eyebrows.

Johnson’s channel was first launched out of a partnership between his Seven Bucks Productions studio and the digital media company Studio71. Several of the YouTube stars who appear in the channel’s premiere video, including Singh and Flula, and partnered with Studio71’s multi-channel network.

While “The YouTube Factory” is Johnson’s first YouTube video, it won’t be his last. Among other projects, he’s also planning Rock The Promo, a competition series focused on aspiring wrestlers. Given that Johnson’s channel already has more than 250,000 subscribers, we’re expected plenty of viewers to check out what The Rock serves up for his digital audience.