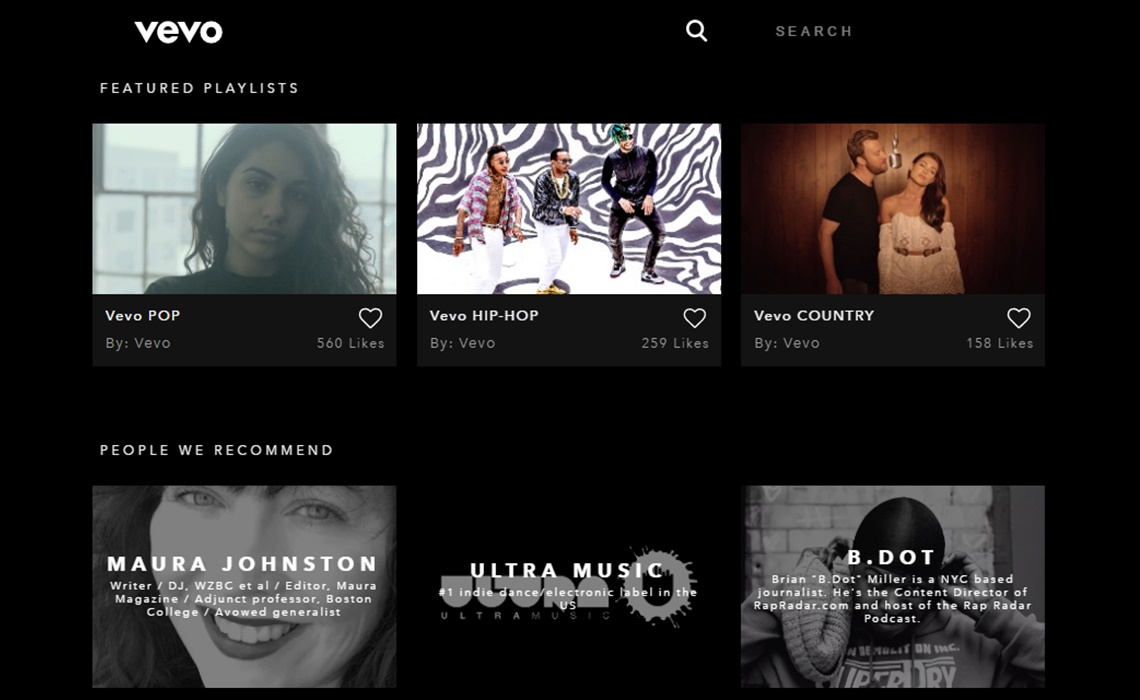 Vevo Refreshes Its Brand In Attempt To Shift Viewers

Vevo, which for more than six years has served as one of the top purveyors of music videos on the web, is looking to start a new era in its company history. It has announced a rebranding effort that will attempt to raise the profile of the Vevo name while simultaneously preparing viewers for the launch of an upcoming subscription video service.

Vevo’s new look includes some fresh logos and updates to its mobile app, where users can now “stretch” videos to match the vertical format offered by popular platforms like Snapchat. The company will also increase its investment in original programming, with “sub-brands” like Vevo Lift and Vevo dscvr receiving more attention. Three new video hosts, whose roles resemble those of the MTV VJs who ruled cable TV in the 90s, will add further entertainment value surrounding the music videos that will continue to serve as Vevo’s main attractions.

All of these changes are launched with a singular goal in mind: Vevo wants to gain some more brand recognition. The company’s videos have most commonly been consumed through YouTube, but it would like to bring more viewers onto its own platforms as well. The growth of Vevo’s user base will be particularly important when it launches its subscription service, which will complement the ad-supported model that currently serves as Vevo’s bread-and-butter.

Even with all of its fancy new features, Vevo still has a tall task ahead of it. Viewers like consuming music videos on YouTube because the Google-owned video site is familiar, easy to use, and filled with a comprehensive library of music videos. How can Vevo fit into a landscape dominated by such a powerful player? According to CEO Erik Huggers, who became Vevo’s chief executive last year, the plan is to emulate the sort of record shops that appeal to music lovers. “We are the platform that is the specialty store,” he said.