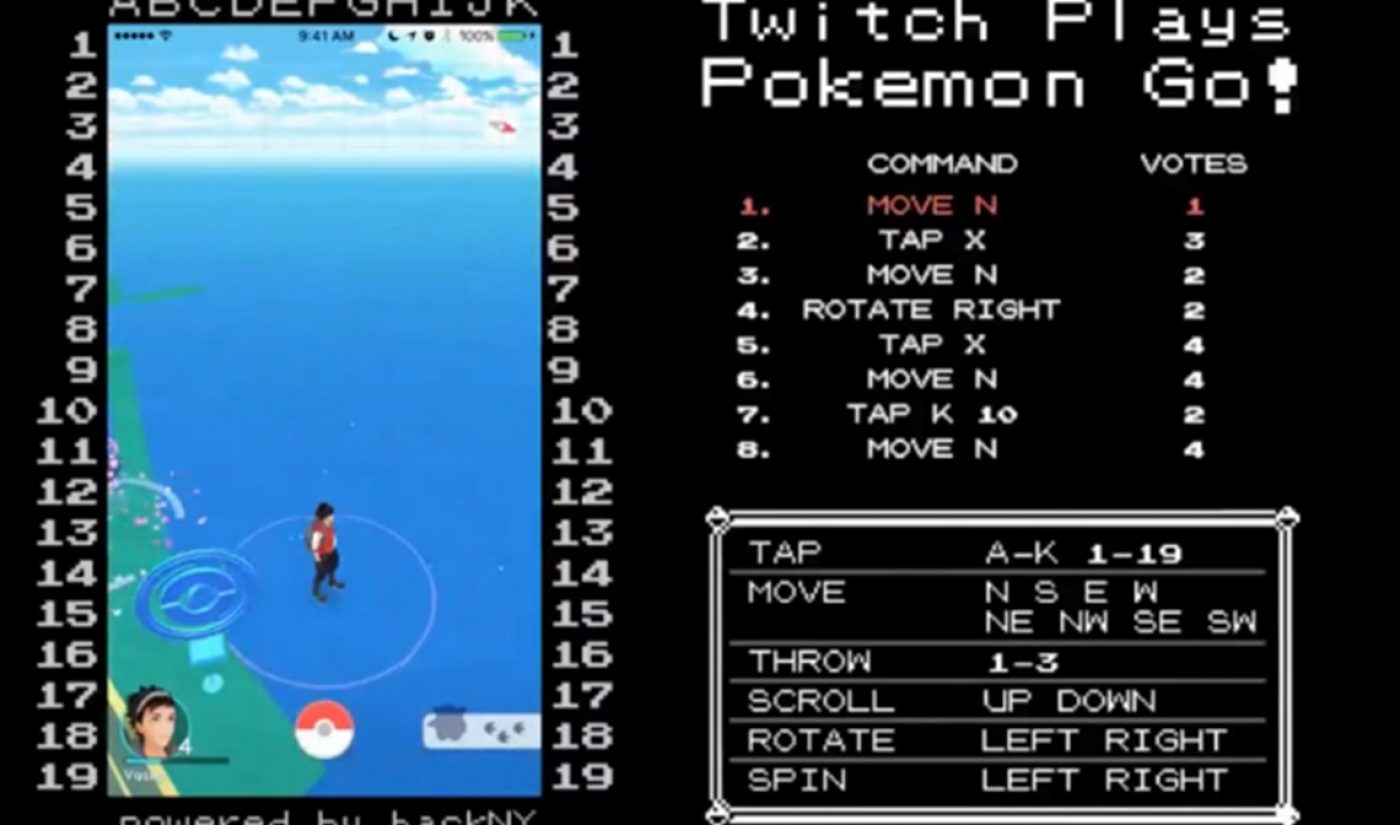 In the past week, the explosive popularity of Pokemon Go has returned the game’s titular franchise, now 21 years old, to a place of cultural prominence. The last time Pokemon made headlines was in 2014, when Twitch Plays Pokemon used the power of the Internet to turn a simple Game Boy RPG into pure chaos.

Now — and you probably could have guessed this would happen — those two fads have been joined as one. A live stream called Twitch Plays Pokemon Go is giving its viewers the chance to play a crowdsourced version of their favorite new game.

Those who have experienced the Twitch Plays Pokemon concept before (or have followed any of the other Twitch Plays streams that came after it) should know what to expect from the new Pokemon Go spinoff. In Twitch’s chat window, viewers can enter commands that correspond to actions within the game. With so many users attempting to control the on-screen character at once, the action can get hectic, but as The Verge notes, the Twitch Plays Pokemon Go audience has managed to capture at least one Pinsir so far.

Twitch Plays Pokemon Go was built by New York City nonprofit HackNY, which rigged up a jail-broken iPhone to present the game to Twitch viewers and used a letter-number grid to match chat inputs to specific parts of the phone’s screen. The main takeaway, as far as I can tell, is that smart, nerdy people can and will figure out how to make a Twitch Plays version of any popular game — especially one as ubiquitous as Pokemon Go.