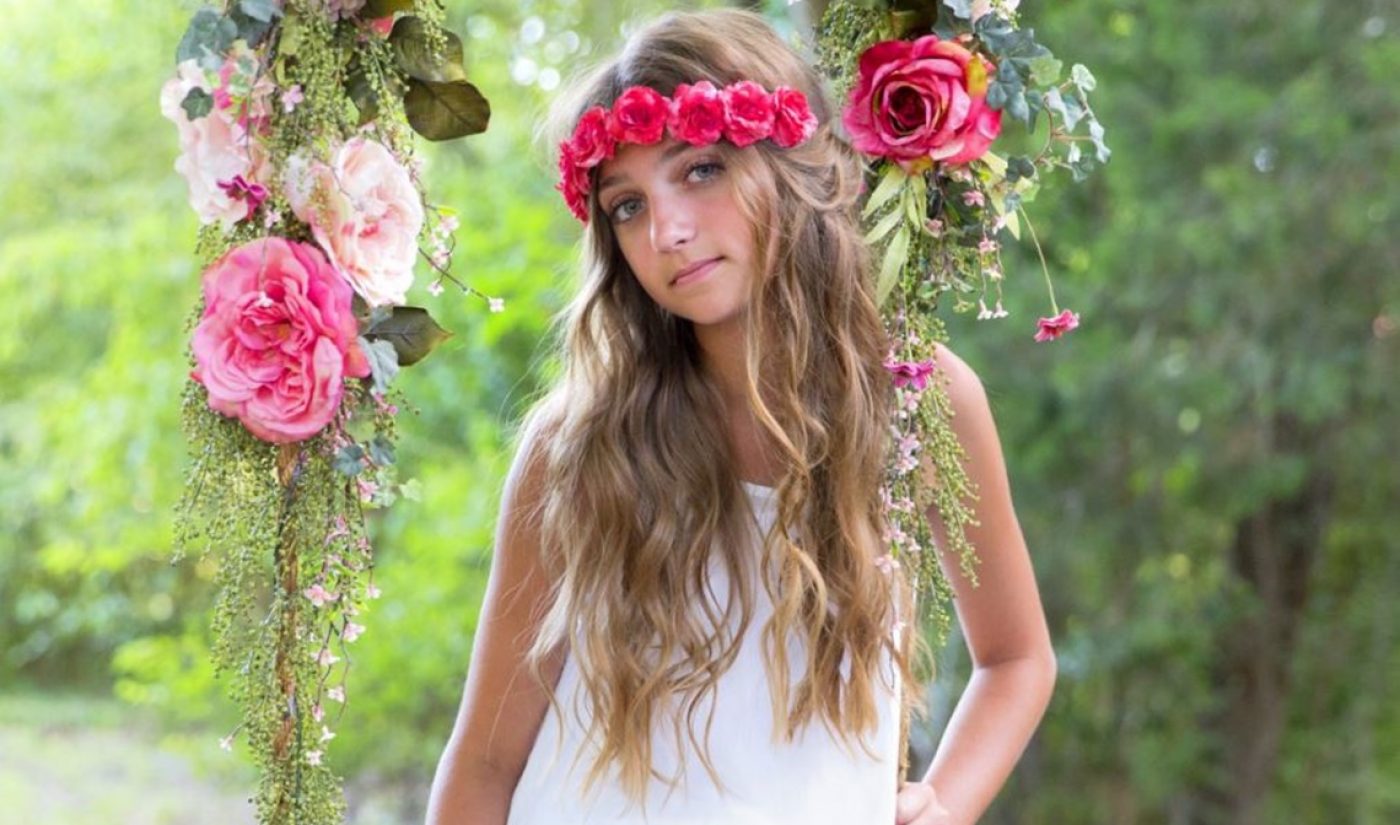 If there was ever a case to be made for the title of YouTube’s first family, the McKnights are establishing a track record that’s going to be tough to beat. Mother Mindy founded beauty channel Cute Girls Hairstyles in 2009, and today has amassed nearly 4.5 million subscribers and 795 million views. Over a year later, YouTube officially become a family affair for the McKnights when 16-year-old twins Brooklyn And Bailey established their own eponymous lifestyle channel, which today counts 2.7 million subscribers.

Now, the Dallas-based McKnights — who have a total of six children — have turned the spotlight upon their second eldest daughter, Kamri, who is 13. (According to YouTube’s terms of service, 13 is the minimum age for users of the platform). Three weeks ago, Kamri launched her very own channel, Kamri Noel. In this short time frame, she has already racked up almost 460,000 subscribers. While YouTube has always been in her blood, Kamri tells Tubefilter that her channel represents a departure from the McKnights’ previous efforts in that it’s a sketch comedy channel.

We spoke with Kamri and her father, Shaun, who manages the family business, about her aspirations for the budding venture and the secret sauce behind the McKnight’s magic touch. Check out the interview, which has been lightly edited and condensed for clarity, below:

Tubefilter: What inspired you to start your own YouTube channel?

Kamri McKnight: I decided to start my own channel not because fans wanted me to but because YouTube is something I really enjoy doing. Yes, I just started my channel, but YouTube has been a part of me since my family started in 2009. Making videos is an exciting adventure, and there’s always something new going on that makes filming interesting and fun. I get to hug lots of fans, meet interesting people, and learn lots of new tips and tricks about the business side of YouTube. TF: What kind of content are you creating on Kamri Noel?

KM: My channel is basically a sketch comedy channel, with one of five different characters appearing on any given week. Kimmy (the annoying little sister), Kozy Mae (a quirky, southern grandma), K-Swag (the not-so-awesome neighbor boy), Kenzington Kashmere Clark III (the dramatic, spoiled cousin), and Kalium (a modern nerdy girl who is obsessed with puffins). I’ll also make appearances as myself. My ultimate goal on the channel is just to make people laugh and smile.

TF: Why did you decide to go in a different direction than Cute Girls Hairstyles and Brooklyn And Bailey?

Shaun McKnight: I think a lot of people anticipated that since Cute Girls Hairstyles and Brooklyn And Bailey are lifestyle channels, Kamri’s own channel would follow the same pattern. Kamri wanted to be different, and this sketch comedy idea fits her personality to a ‘T’. Kamri aspires to be a 13-year-old version of Carol Burnett. If your 13-year-old comes to you and says that she wants to brighten peoples’ days by making them laugh, then you have to admire that as a parent.

Cute Girls Hairstyles is primarily hair tutorial-based and Brooklyn And Bailey’s channel is a ‘grow up with us’ channel, so between all three family channels, we pretty much have something for every girl from age four to 45.

TF: How long have you been watching YouTube? Who are some of your favorite YouTubers?

KM: I’ve basically grown up on YouTube, so it’s always been a huge part of my life. I was seven years old when my mom asked me to be her hair model in Cute Girls Hairstyles’ second ever video. Right now, my favorite channel to watch is Studio C, a sketch comedy show care of BYU.

TF: You’ve amassed 460,000 subscribers in a matter of three weeks. What do you think has contributed to this enormous success?

SM: Kamri has a quiet dignity about her that just draws people to her. She’s always been that way, so we knew success on YouTube would be hers if she worked hard for it. I don’t think we anticipated that the growth would come this quickly, however. The majority of that following came before we ever mentioned her channel on our own YouTube channels, which is probably what surprised us the most.

TF: Your family seems to have a magic touch on YouTube. To what do you attribute this success and what does the rest of the family make of Kamri’s debut?

SM: It took about six years for us figure out that it wasn’t the hair tutorials that were driving our family’s YouTube success. We finally now know that they come for the hair styles and stay for the family.

Brooklyn and Bailey are extremely happy for Kamri, and have offered to help her film or answer questions whenever she needs it. Rylan is eager to get a supporting role in some of Kamri’s videos, since she has a humorous personality as well. It’s probably more fun to see Daxton and Paisley’s reaction to the final videos. They giggle and laugh, and love all of Kamri’s characters. As parents, we love seeing our kids get excited about this and loving, helping, and supporting one another.