With New Series, Jack & Dean Bring Their Humor To A Long-Form Production 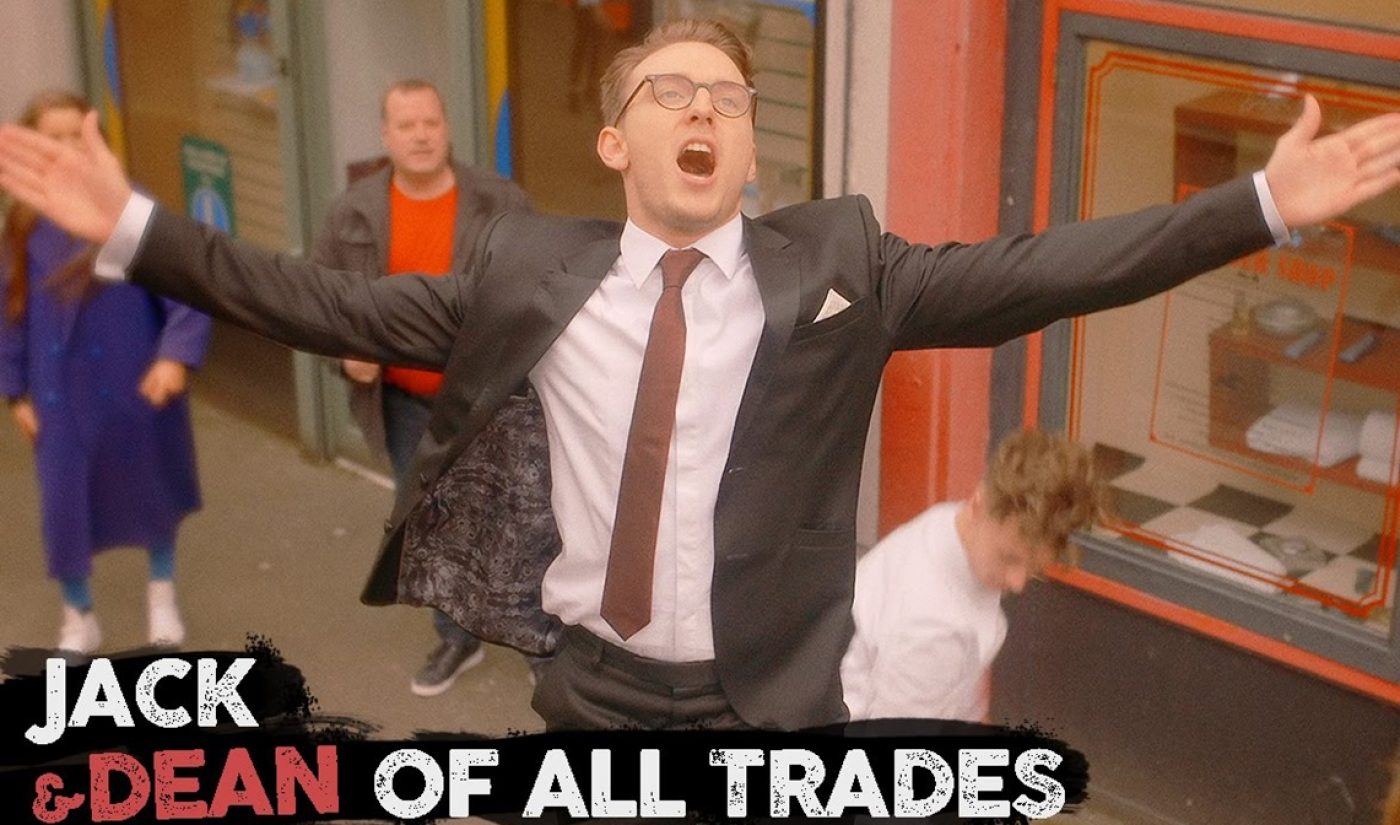 The premise of Jack & Dean Of All Trades is simple. Howard and Dobbs, as they always do, play fictionalized versions of themselves, with Dobbs playing the troublemaker while Howard serves as his stern comedic foil. In this particular adventure, Jack & Dean must bicker their way through a series of temp jobs after quitting their lucrative positions in the finance industry.

While the first episode of the series can be seen on Jack & Dean’s YouTube channel, viewing the rest of them will require a subscription to fullscreen, which launched in April. The second episode is now available for that platform’s subscribers, and the complete series will live there from July 12th onward.

In order to get an idea of the creative process Howard and Dobbs employed for their new series, we sent a few questions their way:

Tubefilter: How did Jack and Dean of All Trades come to be?

Jack & Dean: We were developing the idea for a little while. We wanted to make a sitcom that could keep the same vibe and tone of our YouTube sketches. Having a different job every week was our way of giving context to changing up the location and the situation.

TF: What sort of risks does this sort of project require you to take?

JD: Branching out from what we usually do is already a risk. We’re seeing whether what we’ve done in short form will translate to long form. Also we’re moving to a new platform, so we hope that the audience will like it enough to want to follow us.

JD: No it wasn’t, because the jobs are just the starting point to allow us to do what we want with the episodes. The stuff that’s inspired by real life is some of the interactions between characters. The conversations Jack and Emma have in the series are definitely inspired by some of the interactions I’ve had with girls in the past. And I write down silly things Dean says and sneak them into scripts and pass them off as my own.

TF: How would you sell the show to someone who has never seen your YouTube videos?

JD: It’s about two friends at a point in their lives where they’re not sure what they want. They’re not children anymore but they don’t feel like adults yet. Also it’s very funny and there are a couple musical numbers.

TF: What’s next for you guys? Any plans for other large projects?

JD: Hopefully season two. We have so many ideas for how the show would continue. But we will see. Further than that, we are developing a couple scripts for feature films. But nothing is set in stone yet.