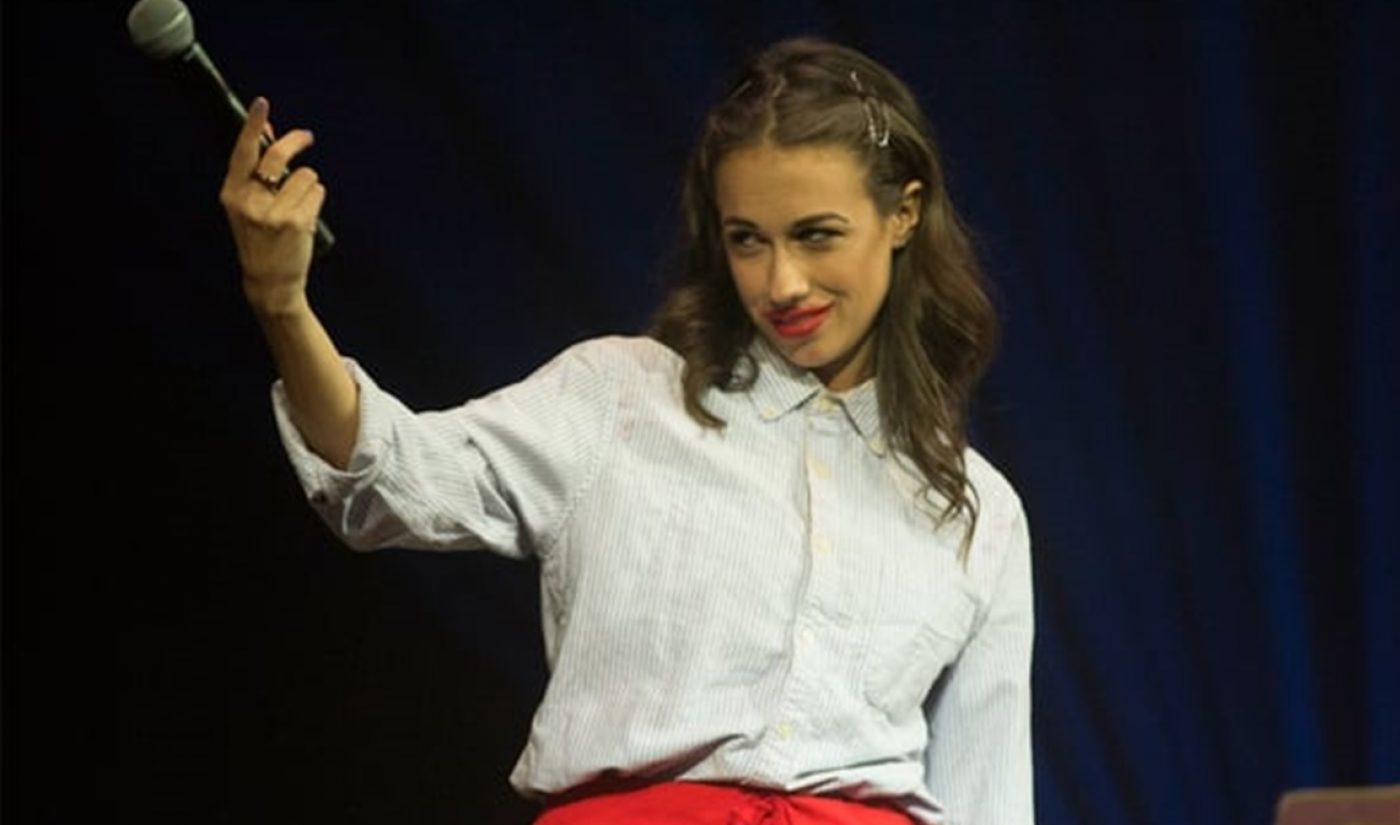 During a performance on the mainstage at VidCon, Colleen Ballinger-Evans — the creator of one of YouTube’s most beloved characters, Miranda Sings — announced that an original Netflix series starring the delusional diva is slated to premiere globally on October 14.

Titled Haters Back Off, the eight-episode series is “all about my life and how I came to be,” raps Sings in a video announcing the premiere date — which she also shared for the first time at VidCon. At the event, Sings introduced fans to two of her co-stars: Erik Stocklin, who plays Miranda’s best friend, and Steve Little, who plays her uncle.

Last week, Netflix announced another coup in the influencer realm: it has tapped Vine heartthrob Cameron Dallas to star in a reality series as he seeks to catapult his career to the next level. The as-yet-untitled reality series will reportedly premiere before Haters Back Off in ‘Octobur’ — which is how the date is written in promo materials that evoke Sings’ notorious scrawl.

Check out Ballinger’s performance at VidCon below.