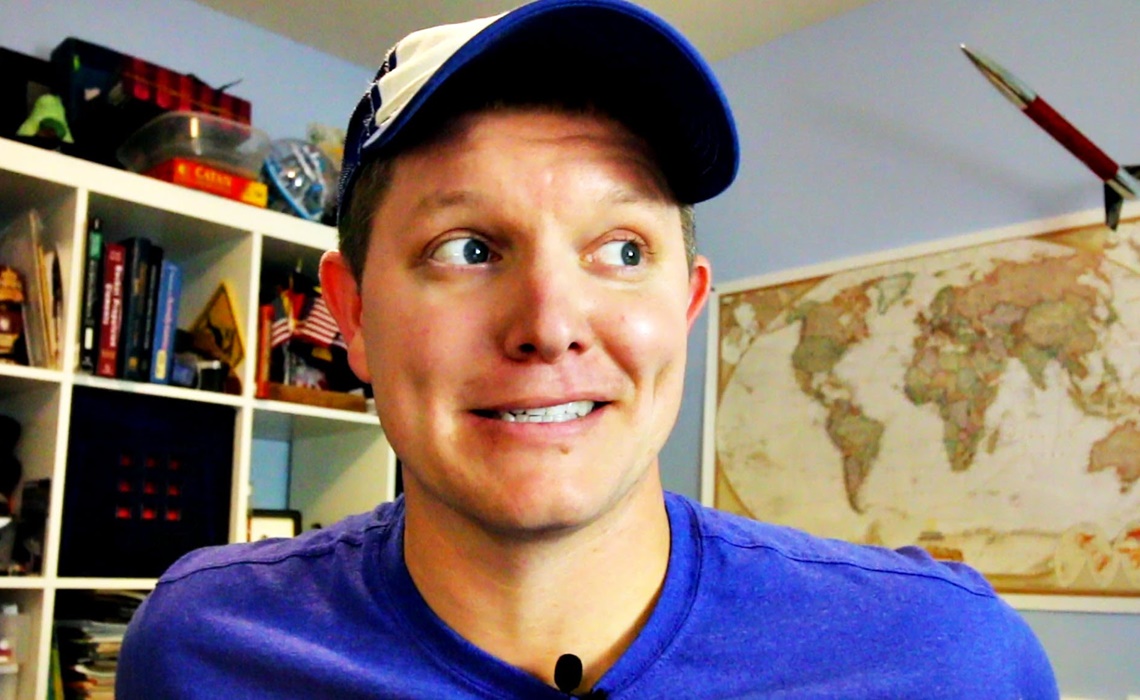 As the distribution of digital media has diversified, more opportunities have emerged for content thieves who wish to re-upload videos and claim resulting ad revenue for themselves. This infringing process, which CGP Grey and Brady Haran dubbed “freebooting” in an episode of their Hello, Internet podcast, is particularly prevalent on Facebook, where some freebooted uploads tally tens of millions of unlicensed views.

One of the creators who has been most affected by freebooting is Destin Sandlin, the host and producer of the YouTube channel Smarter Every Day. Sandlin’s educational science videos have scored nearly 300 million views on YouTube, but they’ve also served as ripe targets for freebooters. Between news distributors, individual Reddit users who distill videos into short gifs, and unabashed pirates who aim to profit off the busiest period of Sandlin’s traffic, Smarter Every Day episodes often show on channels where they are not authorized to be.

Sandlin, however, is well-equipped to fight back. During a VidCon panel he hosted alongside Henry Reich of Minute Physics, he laid out the process he uses to fight back against freebooting and regain deserved revenue without devoting all of his time to legal battles.

Sandlin and Reich made sure to differentiate between unintentional freebooters and those with more malicious aspirations. For people who accidentally re-upload his videos or may not realize the offense they are committing, Sandlin prefers to walk the path of education rather than litigation. It is when he encounters those who have knowingly stolen his work that he turns to legal action. “The goal is not to be greedy but to recover damages lost when someone took your stuff for profit,” he said.

This distinction is important because of the nature of the Digital Millennium Copyright Act, which protects digital content. In order for a DMCA claim to be successful, the claimant must show that the infringing party knew of their transgression. In Destin’s case, if freebooters have cropped out or blurred his watermark, that can serve as ample evidence they knew of their guilt.

Once he finds the evidence he needs, Sandlin makes sure to take plenty of screenshots, so that his case won’t fall apart if a freebooter takes down their video. Many intentional freebooters are aiming to profit off the first few hours after a video’s launch; with a popular channel like Smarter Every Day, that period can produce millions of hits, and after it ends, the freebooter can walk away with plenty of stolen revenue, even if they later pull their infringing video.

For Sandlin, however, it is not enough for a freebooter to pull their video. He wants to ensure content thieves can’t keep up their pattern of bad behavior. In order to pull that off, he relies on the law.

Through DMCA claims, Sandlin has reached settlements with freebooters; in one case, he received $20,000 from a company that had infringed upon his intellectual property. He does note, however, that seeking such recourse is a time-consuming process. In order to ensure he doesn’t spend all of his time fighting legal battles, he instead outsources much of that process.

His ally of choice is Image Rights, a small operation based in Massachusetts. Image Rights lets creators find freebooted content and helps them get compensated for it. In open-and-shut DMCA cases, such as the ones Sandlin constructs for his videos, companies like Image Rights will offer to handle legal representation. All they ask for is a “contingency fee” that allows them to collect a portion of any settlements that occur.

With Image Rights providing legal backup and the law on his side, Sandlin can confront his freebooters with confidence. In emails to them, he makes sure to maintain the polite tone for which his Smarter Every Day videos are well known. At the same time, he has no interest in letting anyone off the hook. “My kids know,” he said during the panel, “if I say I’m going to do something, I do it.”

Beyond Image Rights, a new wave of anti-freebooting aids will soon arrive. Sandlin and Reich noted Pexeso, a company that will let its users find freebooted videos shortly after they go up and therefore mitigate the amount of stolen revenue those videos earn.

Beyond the world of third-party services, major video distributors are also looking to improve their own tools. YouTube’s Content ID system, in spite of the controversy it has generated, makes it difficult for freebooters to do too much damage on the world’s most popular video site. Facebook has launched a video matching offering of its own, though Sandlin notes that for creators like him who don’t wish to agree to Facebook’s terms of service, fighting the social media giant’s freebooting class requires third-party assitance.

Battling freebooters may soon become a simpler process, but Sandlin hopes his fellow creators don’t become consumed by it. “It’s important to look forward,” he said, “and if you’re obsessing with freebooting, that’s looking backward, and that’s bad. I want the future to be better, and that should be the motivation for having these conversations.”