In ‘Sing It!,’ Diamond White Plays Her Powerful Voice For Laughs 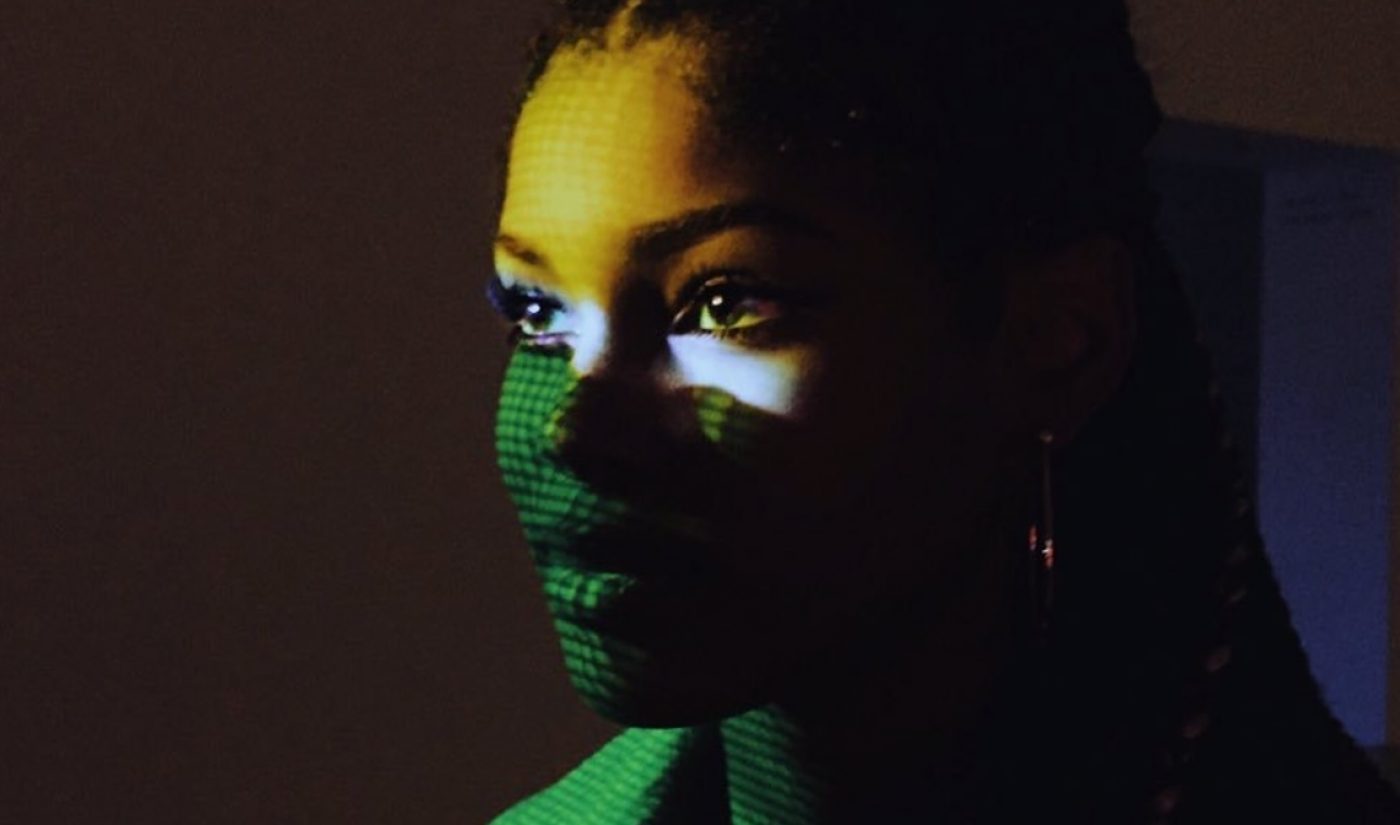 On May 25, 2016, Fine Bros Entertainment released Sing It!, a web series available through YouTube Red. Sing It! seeks to expose the cliched and highly-scripted nature of singing competitions like American Idol and The X-Factor through a combination of wacky characters, ridiculous situations, and eye-winking dialogue.

Sing It! is satire at heart, but what makes it different from other parodies is the degree to which it also functions as a legitimate showcase for the actors who appear in it. Sprinkled in between each episode’s comedic bits are honest performances across a variety of genres. While Benny and Rafi Fine want their viewers to laugh, they also want them to be impressed by the musical chops on display.

No Sing It! star better exemplifies the show’s dual nature than Diamond White, a 17-year-old up-and-comer who portrays in-show contestant Maisy Kelly. White, like her character, has experience with musical competitions. In 2012, at age 13, she appeared on season two The X-Factor, where she came in 5th place.

By portraying a young star with a big voice, White is using her role in Sing It! to reprise her X-Factor appearance. At the same time, she is also being asked to make light of her own past experiences through a parodic lens. This dichotomy intrigued us, so we decided to chat with young Diamond about her Sing It! appearance.

Tubefilter: How did you become involved in Sing It?

Diamond White: I auditioned like everyone else. I actually didn’t book the role i first auditioned for. I went out for [Adeline Murphy, a role that ultimately went to Lily Mae Harrington] first and Benny decided that Maisy would fit me better. I came back and did a callback, and after that I got the call saying, “Hey, you booked Sing It!” And they gave me all the details on the character, and that’s how I became involved.

TF: Would you describe yourself as more of a singer or an actress?

DW: I’d say it’s pretty close to 50/50, because a lot of the acting roles I’ve done involved singing in some form. I started off in musicals. I love acting and singing equally, but I’ve been singing ever since I came out of the womb, and acting wasn’t something I knew I liked until I tried it. So I love them both equally, but i’m definitely more of a singer than an actress.

TF: Was your X-Factor experience staged at all?

DW: When you’re dealing with reality TV, there’s always going to be a little manipulation, but because I was so young I wasn’t focused on that. I was focused on singing and doing what i love, but for my mom it was a little more stressful because she knew what was going on behind the scenes. I was young and sort of naive, so it wasn’t something i paid attention to.

How did your X-Factor experience help you prepare for Sing It!?

DW: Maisy went through some things I didn’t go through, but by being on X-Factor and knowing what goes on behind the scenes, it made it easier to understand the purpose of what the writers were writing. Sing It! shows a lot of behind-the-scenes stuff you don’t get to see on reality shows. Even what X-Factor shows you as “behind-the-scenes” is not what actually goes on. Sing It! exposes everything that goes on. It’s funny, but there’s a lot of truth to it.

TF: How much of your Sing It! performance is straight and how much of it is slanted toward comedy?

DW: I’m a naturally goofy person. I’ve been acting since I was seven and my family is ridiculously crazy. My mom is funny. I feel like comedic timing is something you just have. There are so many funny people that I know. Being around funny people helps with my comedic timing because I’ve never been to acting school or had lessons. I feel like acting is a very natural thing for some people, and for me, that’s what it ended up being. It helps if you relate to the script or if you can find things in the script that replicate your life. For the most part, the character was me, so I could turn into Maisy and be her for Sing It!

I actually didn’t have to dumb my singing down at all, because that’s what makes it funny. We wanted it to be as if it’s a real show. I feel like comedy is funnier when people don’t do it as comedy, but when the character you think is funny is genuinely becoming the character. They’re not trying to be funny, they’re funny because they fully believe what they’re saying. If someone says something that’s uneducated, and they don’t know it’s uneducated, that’s funny to other people who know what’s correct. I think when people are making shows it’s supposed to feel authentic. It’s supposed to feel like it’s a reality show, even though it’s a parody of one.

TF: When someone watches Sing It!, what do you want them to learn about Diamond White?

DW: That’s a tough question because it’s not about me. It’s about my character Maisy and the things she goes through on the show.

I did do an actual singing show, I did X-Factor. When you watch X-Factor, it has a very serious emotional tone and it’s not very comedic, except for the joke auditions. So I feel like people will learn from me that I have a sense of humor and can make fun of myself. Miley Cyrus can make fun of herself all day. I think you can make fun of your experiences in a light hearted way and have everything come full circle.

TF: You were on set with a lot of popular YouTube stars. As you have your own channel, did you take any tips from them?

DW: I’ve never really asked anyone other than Benny or Rafi about YouTube. I really want to do a show on my YouTube channel with my mom, because my mom is the funniest person i’ve ever met, but i’ve never had the time or energy. YouTube is very serious. You need to have a schedule and plan videos ahead of time. It’s all very much like a business, and if I were doing my show, it would all be run by me at this point.

I’m working on my YouTube channel a lot because I want to become more consistent. Everything is moving in a very digital direction. I would love to do more on YouTube but that takes time, and I’m really socially awkward, so I’d never go up to my favorite YouTubers and say, “Oh, do you have tips for me,” because I think they’re way too cool to talk to me. I’m friends with a lot of YouTubers, but I’m gonna chill and grow my audience and wait until I’m at their level, and then I’m going to ask them questions.

DW: After Sing It!, I filmed another movie with Benny called Text Me When It’s Over, and I just wrapped on that. I’m working on music as well. There’s just so much happening!

You can find Diamond White in Sing It! on YouTube Red. She also releases videos on her YouTube channel.