Maker Studios Makes Its Pitch As Emmy Nominations Draw Near 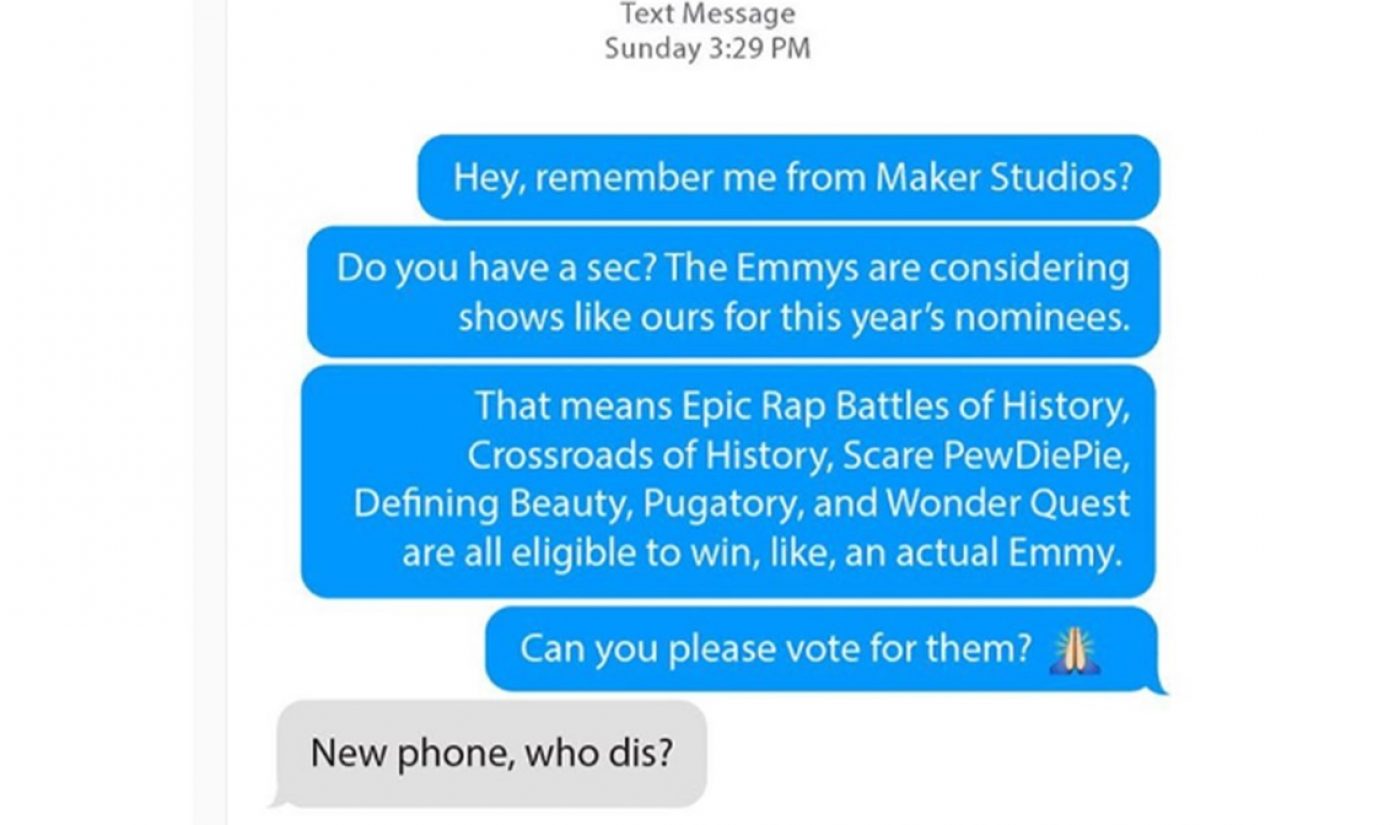 This year’s Primetime Emmy Awards will feature an expanded slate of short form categories, and with the awards show’s voting period now open, digital media companies are looking to cash in. In particular, online video network Maker Studios, which produces some of the most popular web series on YouTube and beyond, recently made its Emmys pitch with a full-page “for your consideration” ad in the print version of The Hollywood Reporter.

In its ad, Maker calls out several of the shows it has produced over the past year, including Scare PewDiePie, Pugatory, and long-running stalwart Epic Rap Battles of History. “Yo #emmys you around?” reads a post on the network’s Instagram feed. “For your consideration…”

Some independent content creators are also trying to work their way into the short-form Emmys mix. Indiewire recently profiled former 30 Rock actor Keith Powell, who is looking to drum up awards consideration for his web series Keith Broke His Leg.

Beyond the short-form world, Deadline has a lot of details about the steps TV networks and streaming video platforms are taking in order to raise the visibility of their respective shows among Emmy platforms. According to the awards show’s official calendar, nomination voting will end on June 27th and nominees will be revealed on July 14th, with ABC’s Emmy broadcast set to go live on September 18th.