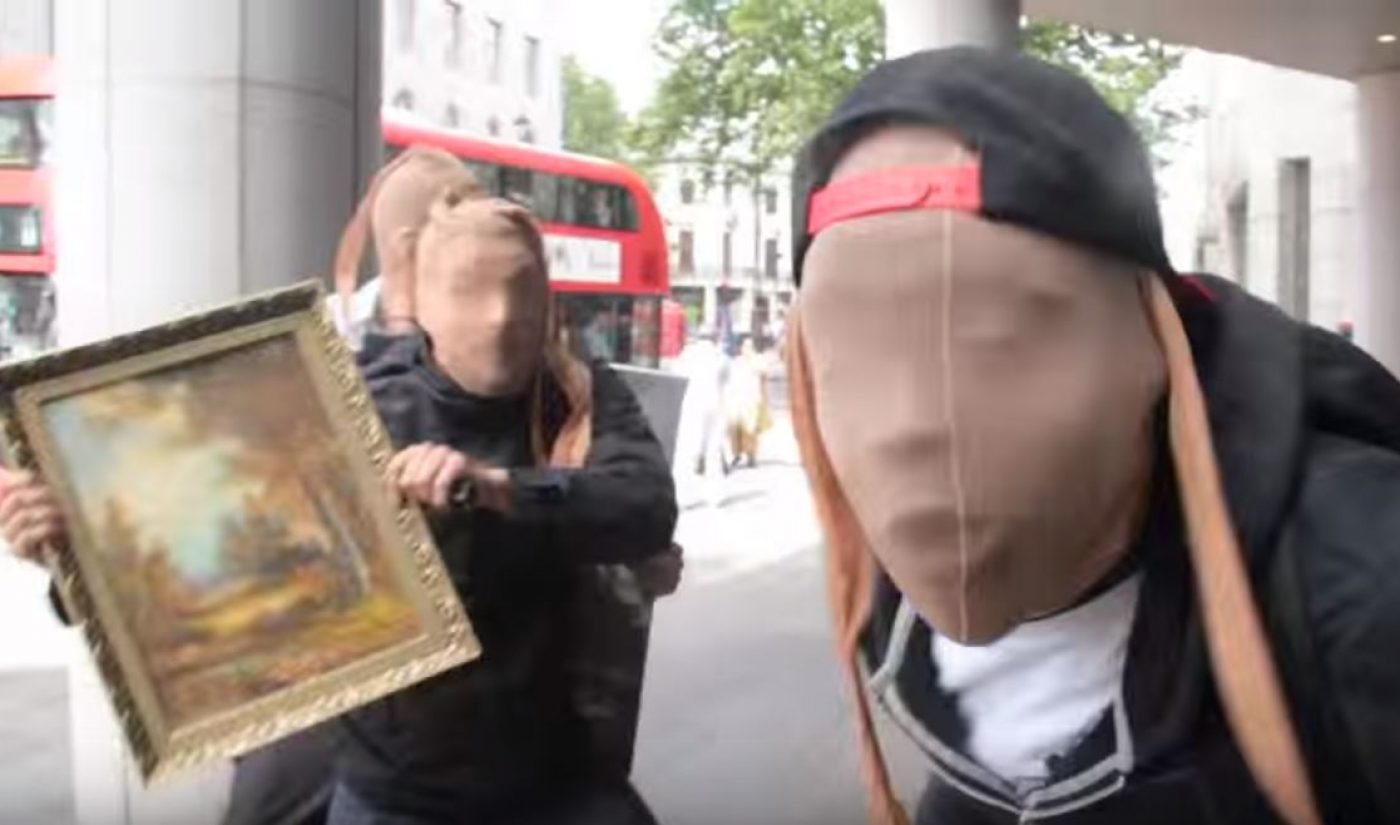 UK-based YouTube channel Trollstation describes itself as “a collective of social misfits playing mad mind games on the public.” But today, the group’s antics — which include faking ebola outbreaks and suicide attempts — have landed four of its members behind bars.

The guys, ranging in age from 20 to 29, were each sentenced to several months in jail yesterday at the City of London Magistrate’s Court, according to the BBC, for a pranks in which they pretended to rob the National Portrait Gallery and stage a kidnapping at the Tate Britain. Trollstation member Danh Van Le was also separately sentenced to 24 weeks for his involvement in a bomb hoax.

All told, the channel counts more than 700,000 subscribers.

In the 10-month-old burglary video, which has 226,000 views, the guys cover their faces with women’s stockings, enter the National Portrait Gallery, and shriek, “Get the paintings!” as an alarm sounds (played over a portable speaker system that they brought into the museum) and frenzied patrons dash toward the exit. (They carried fake paintings into the museum inside trash bags, which they then pretended to steal.)

That same day, the team also attempted a similar heist on the Tate Britain, according to Metro, dragging fake paintings out of the museum as well as a woman (who was allegedly in on the joke) out in a headlock.

Once arrested, all four guys pleaded guilty to two counts of “using threatening, abusive, or insulting words or behavior with intent to cause fear of, or provoke unlawful violence,” the BBC reports.

District Judge Mike Snow, who sentenced the guys, said that “Their sense of humor is warped and immature. It was quite foreseeable that those attending the gallery not being in on the joke and being familiar with the recent scenes of people running for their lives from terrorist acts would be terrified.” Added prosecutor Robert Short, “We hope these convictions send a strong message that unlawful activities such as these will not be tolerated in London.”

In response to the jailings, other members of Trollstation have released a video in which they are at once remorseful and defensive of their colleagues, but, above all, promise that even more pranks are coming soon.