Report: 85% Of Facebook’s Video Views Are Occurring Without Any Volume 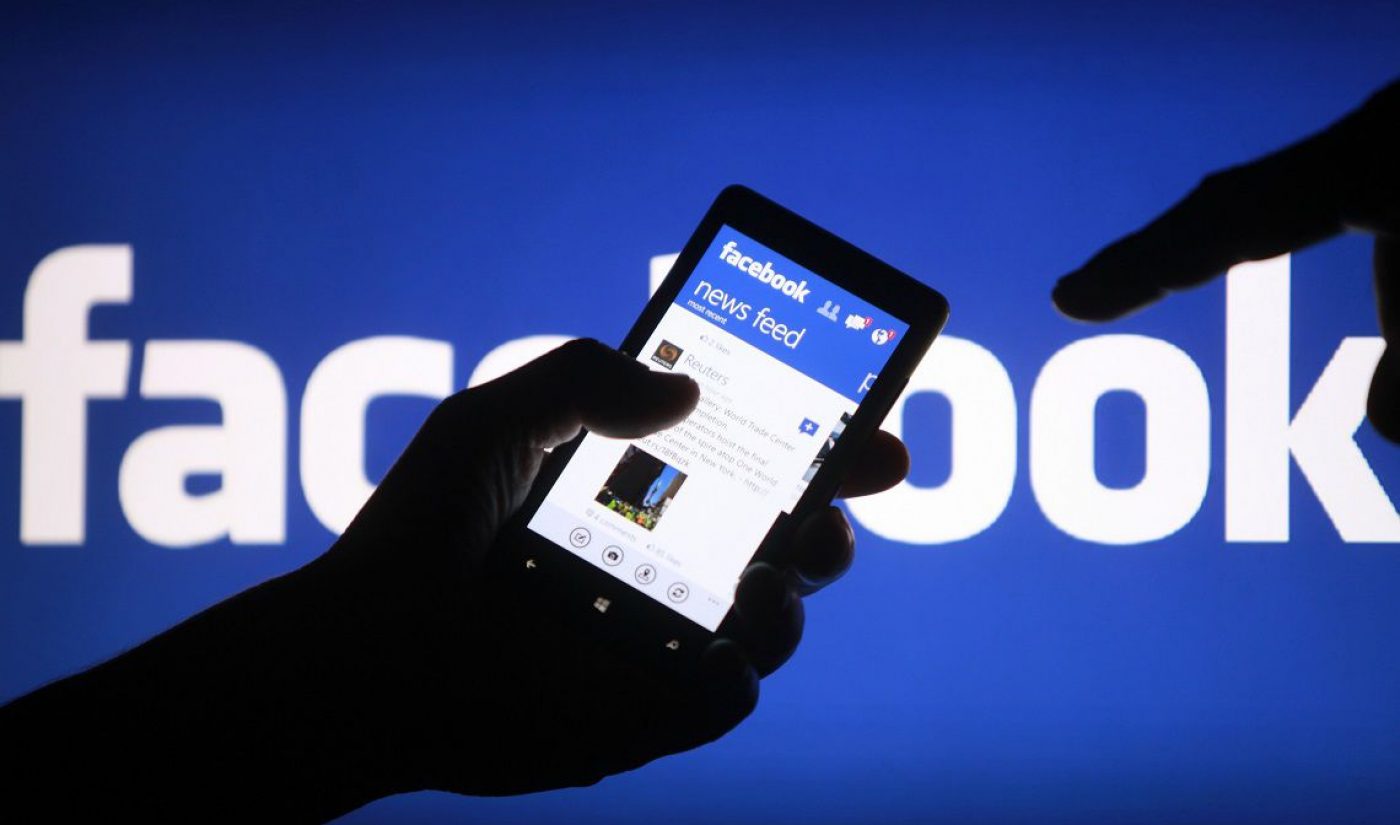 Video viewership may be exploding across Facebook — the social network says users watch 100 million hours of video every day — though it turns out a staggering majority of this watch time may be occurring in silence.

A report in Digiday surmises that 85% of Facebook video views today take place without the volume turned on. (Facebook videos autoplay silently within users news feeds, and the company counts a view as just three seconds of watch time.) In its report, Digiday cites publishers like LittleThings and Mic — each of which currently clocks 150 million monthly video views on the platform — as well as PopSugar, in noting that the majority of these views are happening silently. LittleThings and Mic both claimed that 85% of its views were silent, while PopSugar pegged its range at between 50% and 80%.

Accordingly, a new breed of video has proliferated across Facebook: text-heavy and visually arresting clips that grabs users’ attention within those ever-crucial first three seconds. This is true for both editorial and branded videos, according to Digiday, and branded videos also boast an 85% to 90% silent viewing rate, according to global media agency MEC North America. The agency said that the fact that users are watching native ads without sound, however, doesn’t necessarily seem to impact key metrics such as brand lift and intent to purchase.

That said, when marketers are creating a video campaign and servicing it to multiple platforms, YouTube tends to be a better buy than Facebook, Nick Pappas, the CEO of ad agency SwellShark told Digiday. This is because advertisers on YouTube can pay for completed views, whereas on Facebook, they can opt to be charged for either 3-second or 10-second views. “[Facebook] works sometimes, but it’s so important to have creative that meets the criteria of the platform,” Pappas told Digiday. “Otherwise, it can be a waste of money.”