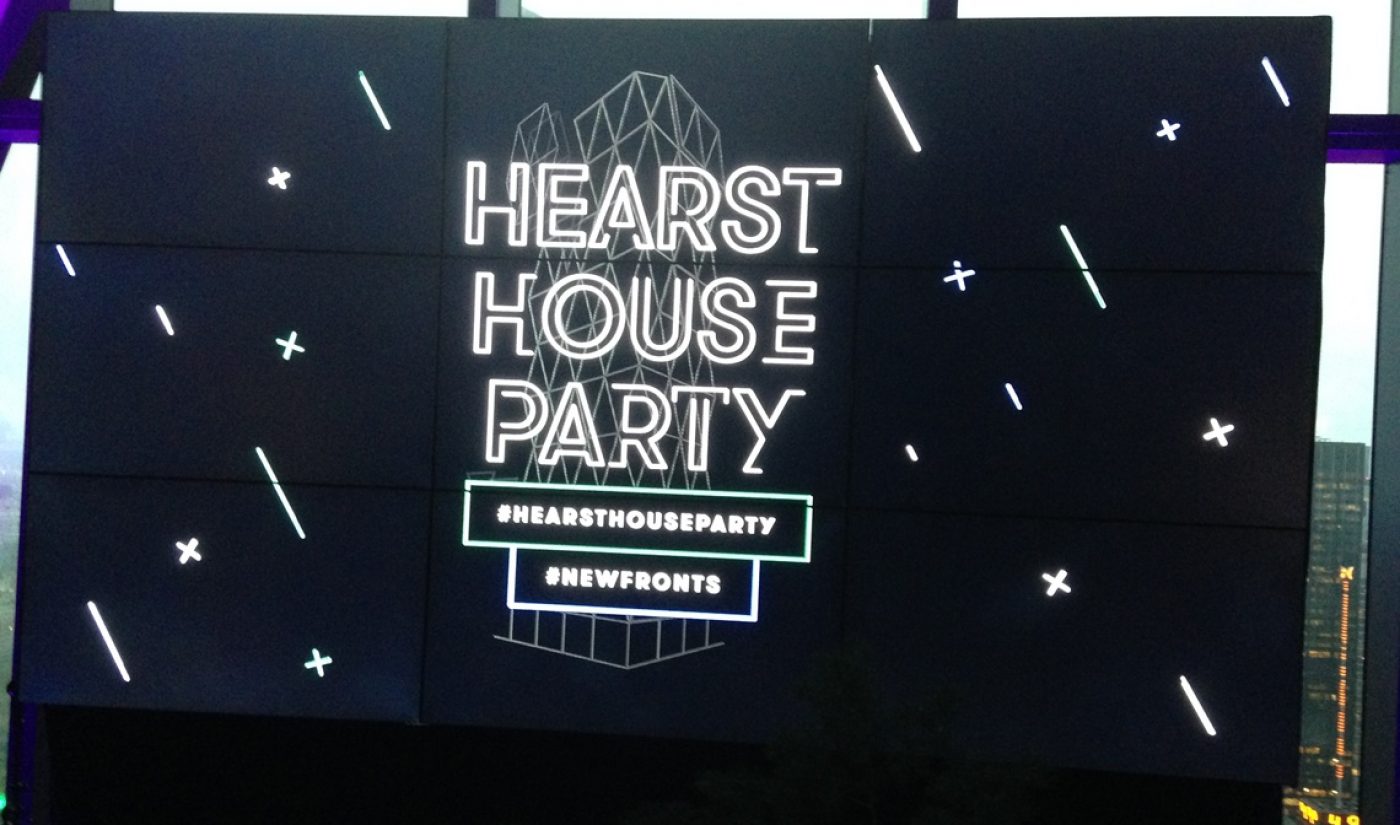 The Hearst Corporation, like fellow magazine publishing conglomerates Conde Nast and Time Inc., is keeping up with shifting entertainment paradigms by investing in digital content. Among other platforms, Hearst has big plans for Facebook, where it plans to launch 200 live broadcasts per month.

Hearst’s Facebook streams will be spread across its proprietary publications. Esquire, for example, will host a hybrid game show/interview series called Who’s That Guy?, which will examine the fashion and style of notable men while also sitting down with them. Cosmopolitan, for its own part, will distribute Facebook Live content related to Magic Mike Live, an upcoming stage show inspired by the Channing Tatum film Magic Mike. Tatum himself showed up at Hearst’s NewFronts presentation, where the corporation pitched its upcoming programs on Facebook and elsewhere.

While it is eager about newly-emerging platforms, Hearst is also sticking with some tried-and-true distribution methods. It announced a development fund alongside A+E Networks, and according to Hearst Magazines Digital Media President Troy Young, projects supported by that fund will have “high potential for linear distribution.”

Absent from Hearst’s presentation were details on RatedRed.com and Seriously.TV, the two millennial-facing destinations formed out of a partnership between Hearst and Verizon. Both of those sites launched earlier this year, but the unit that oversees them is separate from the Hearst Magazines Digital Media team that ran the corporation’s NewFronts event.

Here, via a Hearst press release, are details on the programs it introduced during NewFronts:

WhoHaHa + Cosmopolitan – Actress/director/producer Elizabeth Banks brings her new women’s comedy site WhoHaHa.com into partnership with Cosmopolitan.com to create an original female-centric comedy series that will be distributed across both platforms.

All In – Want to know what it’s like to audition to be a Jets cheerleader? To try out for The New York City Ballet? The Olympics? The opera? Each episode will follow one woman who, after years of dedication and preparation, gets the chance to make her dream a reality. Viewers will go behind the scenes as she puts it all on the line in what could be a life-changing moment. From Triple Threat TV, producer of MTV’s True Life and more ESPN 30 for 30 documentaries than any other entity.

Beautiful Nights – On special nights, the right makeup is as important as the right outfit. In this new beauty series, Cosmopolitan.com inspires viewers to create their own sexy, sultry, sophisticated looks.

Show Day – What’s a pop star’s life really like? This new series from Hearst and Sony Music takes an exclusive look inside the crazy, hectic world of a performer on the day of a big show. Each episode will follow a different Sony Music artist from sunrise to stage as they hit a new city and navigate through the interviews, fittings, rehearsals, sound checks, mishaps, laughs, rituals and more, leading up to the transformational moment when they grab the mic and take the stage.

How Do I Wear That? – The latest looks from the runway can be incredibly intimidating, or feel ridiculously out of reach for real women with limited funds. In this smart, service-oriented series, stylist Celia Lee Roach shows viewers exactly how to wear today’s trendiest looks.

My Turn – Every day, ELLE.com features the stories of inspiring, powerful women who break boundaries and lead change. In this new signature video series, these amazing women share the one life-changing moment when they found their voices and inner strength, and the profound lessons it taught them.

How to Be a Man with Frank Kobola – After years working at Cosmopolitan.com, average-guy Frank Kobola is on a mission to reclaim his manhood. Each episode follows Frank in a ridiculous attempt to master the “manliest” of tasks, from chopping down a tree and changing a tire, to drifting cars and day-trading. Frank quickly learns that “being a man” isn’t as easy as it looks. Luckily for us, he’s just as hilariously hapless at Esquire.com as he was at Cosmopolitan.

Manhood – A first-of-its-kind documentary series that gets real men talking about their aspirations, insecurities, confusion and conflicts; the moments of doubt and moments of clarity that define them as men. With a raw, unfiltered look at the changing definition of manhood and the lives of men, the series and companion content across Esquire.com will spark conversation about fatherhood, careers, relationships, regret, optimism, pride, identity and more.

Who’s That Guy? – Esquire’s Editor-in-Chief, Jay Fielden, stars in this Facebook Live series where interactive game show meets style-packed talk show. Launching this summer, each episode will feature Fielden and a well-known guest, along with Esquire’s Facebook audience, playing a guessing game that combines celebrity, humor, and fashion in a way that only Esquire can.

The Younger Games – Beauty may be skin-deep and aging inevitable, but that doesn’t stop our quest to find the fountain of youth. From cold lasers to lunchtime facelifts, this series follows host Kelly Deadmon on her mission to turn back the clock, one doctor’s visit at a time.

BAZAAR Unbridaled – Brides today often feel trapped by tradition, bogged down by outdated fairy tales and overwhelmed by too many Pinterest boards. And while sweetheart necklines and Cinderella skirts work well in the movies, if you really want to turn heads as you walk down the aisle, you’ve got to find a modern style that’s all your own. In this series, HarpersBazaar.com and stylist Anita Patrickson help brides-to-be find a wedding-day look that is anything but basic.

The Sweet Guide to Living a Better Life – Did you know you can learn basic calligraphy in a few hours? Have you ever held a sloth? Should you go to Tallinn, Estonia? (Yes, you should.) In this new series, exclusive to Snapchat Discover, Sweet suggests daily horizon-expanding, joy-inducing ways to unplug, explore, and live passionately.