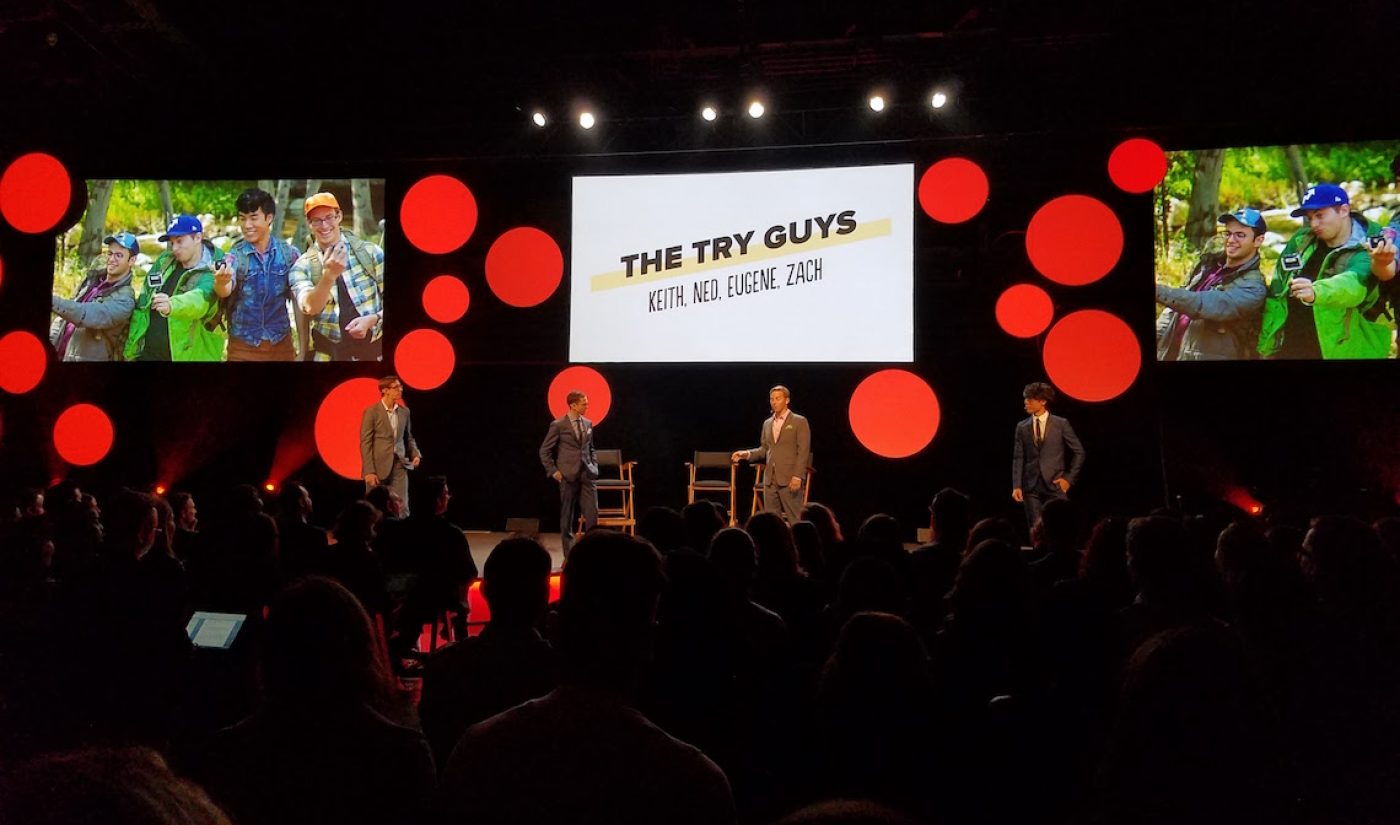 At its previous Newfronts presentations, BuzzFeed wowed attendees with its knowledge of data science, social psychology, and the other empirical concepts that drive its approach to content. At its 2016 pitch, however, BuzzFeed offered potential brand partners something more: an actual programming slate. For the first time, the viral content producer offered up a selection of scripted and unscripted shows, with the first results of its Development Partners program coming to light.

BuzzFeed launched Development Partners as a way to keep its best creative minds in house while also allowing them to explore bigger, serialized projects. The Try Guys, for example, will expand their flagship brand with a show called The Try Kids, which will invite youngsters to attempt activities they’ve never experienced before. Quinta Brunson, known for her comedic work across BuzzFeed’s digital network, will lead a 12-episode sitcom called Broke. Finally, another one of BuzzFeed’s homegrown stars, Ashly Perez, will offer up a sequel to her You Do You web series.

The shows will all exemplify BuzzFeed’s philosophy of inclusiveness. “We don’t have to feel alone,” said BuzzFeed Motion Pictures boss Ze Frank. In referring to his multicultural roster of creative partners, he said it’s “not the time to slow them down and force them into some lane.” Instead, he termed them “multi-hyphenates:” writer-actor-director-producers.

The work these multi-hyphenates create will be served across a variety of platforms. BuzzFeed’s distribution network is now so wide that, according to CEO Jonah Peretti, only 23% of the company’s content is consumed on its own website and mobile apps. In particular, BuzzFeed now finds a large portion of its traffic on Facebook, where it continues to be excited about its future growth potential.

One property that exemplifies the company’s charge onto Facebook is Tasty, the culinary gif-making operation that gets thousands of shares in the hours after it launches a new post. As Frank puts it, Tasty has now become a huge force no matter where it is distributed. Or, to put it more simply: “Tasty represents a universe.”