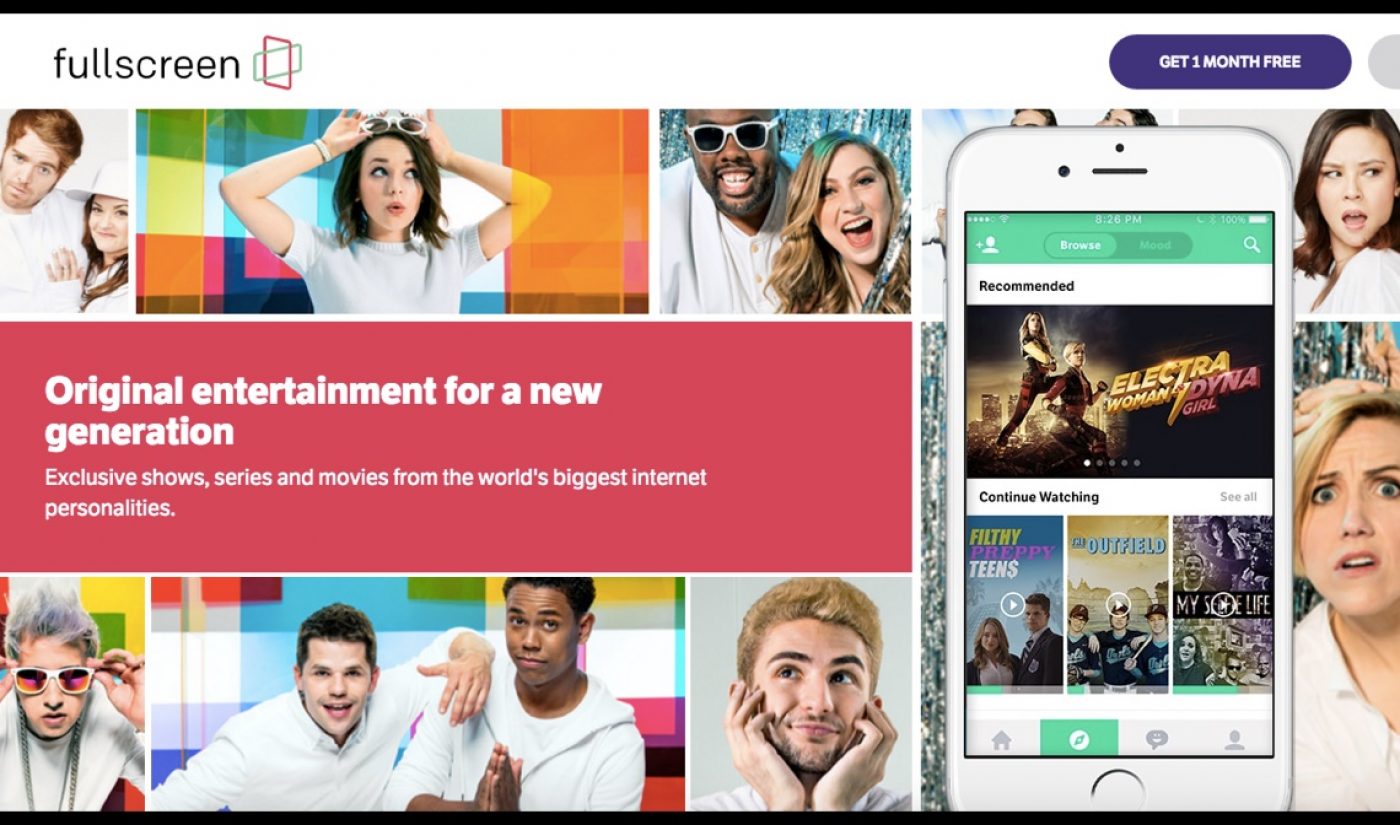 George Strompolos, the founder and CEO of the digital network Fullscreen, is a 36-year-old Gen-Xer who grew up as part of the “MTV Generation.” Now, with his company’s latest innovation, he is attempting to pass on the cultural significance of MTV to a new cohort of consumers. Fullscreen (the media company, with a capital F) has officially launched a streaming video on-demand (SVOD) service called fullscreen (with a lowercase f), which is now available globally.

At launch, fullscreen’s library includes original programs, such as Electra Woman and Dyna Girl (starring YouTube standouts Hannah Hart and Grace Helbig) and Zall Good (starring Alexis G. Zall), as well as a lineup of licensed films, TV shows, and web series. As with other SVOD services like Netflix, fullscreen will recommend specific titles in its library depending on the mood and browsing history of individual users.

Strompolos and his team know, however, that if they want to sell enough $4.99-per-month subscriptions to make fullscreen viable, they need to do something different from the other SVOD services. That’s where the MTV feel comes in. Just as the VJs of old-school Music Television injected personality into the channel’s programming and strung together individual videos with creative bumps, fullscreen will offer a host of features that aim to make the service itself into a draw.

A daily program, titled Party in the Back, will provide comedy sketches filmed within a fictionalized version of Fullscreen’s office. Some of the show’s segments will last for several minutes, while others will carry a Vine-like runtime of just a few seconds. Another immersive section within fullscreen is the presence of powerful gif-cutting tools, which turn the service into a social network by allowing users to create short videos out of programs they watch and share those clips with their subscribed friends. Meanwhile, on fullscreen’s homepage, visitors who scroll through featured programs will sometimes encounter short, irreverent posters called “pop cards.”

These three features — the daily programming, the social media elements, and the pop cards — all contribute to the MTV feel Strompolos and his team are gunning for. But fullscreen doesn’t just hearken back to bygone teen culture with its interactive elements; it does that with its library too. Among its licensed programs, the service is offering iconic shows from previous teenage generations, such as Saved by the Bell and Dawson’s Creek. In doing so, it is appealing to the specific demographics whose members already subscribe to Fullscreen’s content partners. “fullscreen will not be for everyone,” said Strompolos at a press event introducing the new service. “In fact, we’re proud of the fact that fullscreen won’t be for everyone.”

The SVOD market is very saturated, so even with fullscreen’s innovation, there’s still no guarantee it will catch on. There’s no denying, however, that the new service is an elegantly-designed option that understands what its target audience craves. Perhaps, in a few years, young viewers will be shouting, “I want my fullscreen!”