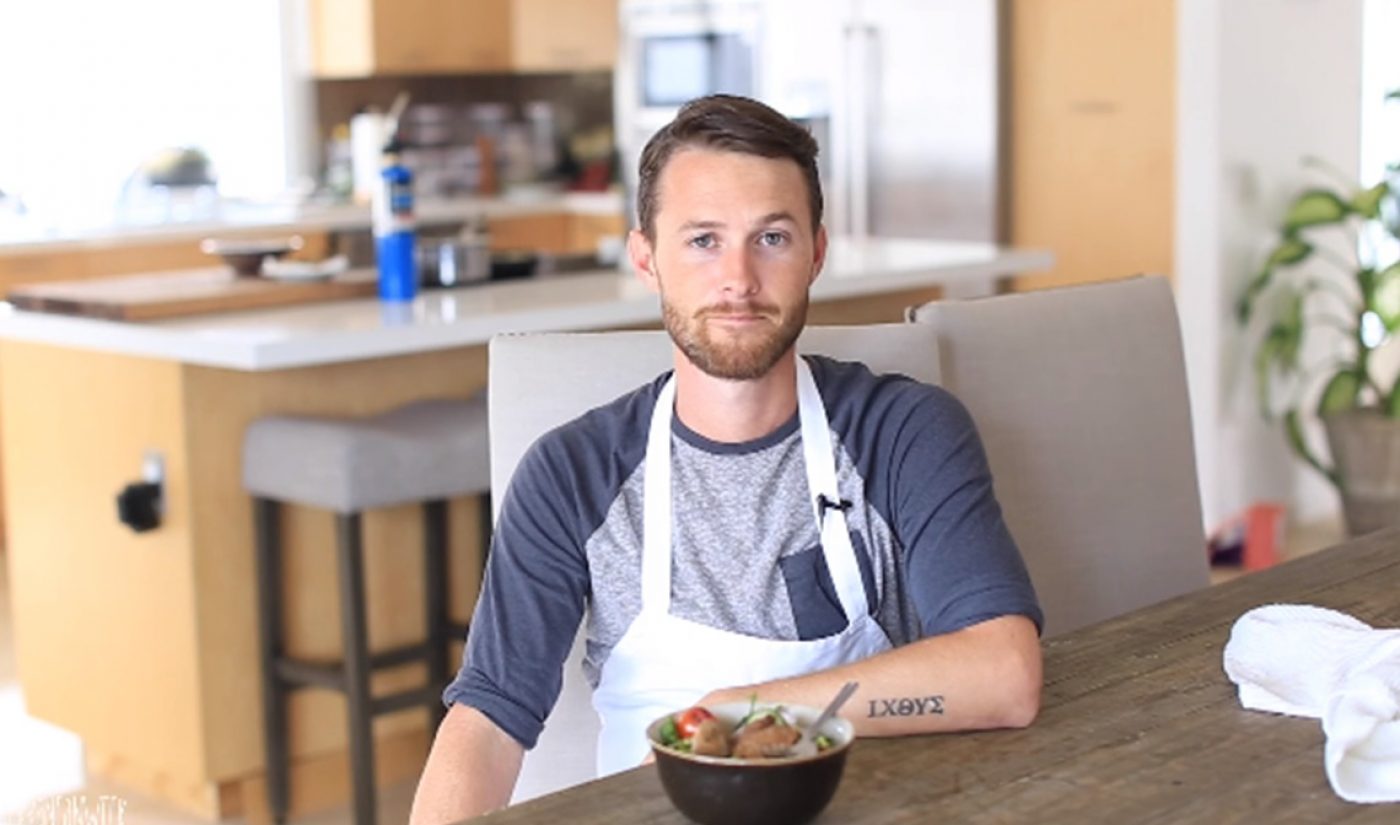 For Byron Talbott, YouTube is a family affair. The 30-year-old creator lives with his wife Rachel, and both he and her run their own thriving online video and social media channels. For Byron, the focus is food, as he is a trained chef who possesses plenty of skills in the kitchen. Thanks to the quality of his recipes, Byron — who is partnered with the Kin Community network on YouTube — has now achieved one million subscribers. Here’s what he told us about his channel and the milestone:

Tubefilter: How does it feel to achieve one million subscribers? What do you have to say to your fans?

Long answer: The feeling of having a million subs for me is the same as when I started out and saw a few thousand…extreme gratitude and a healthy amount of pressure to keep thinking both outside and inside the culinary box in order to keep people excited about food. I never really anticipated the million marker because I was really focused on my food and how to properly share it with the foodies that subscribe on a daily basis.

TF: What made you decide to launch your own YouTube channel?

BT: A combo of wanting to try something new on my own, having a skill set that I though could work and be interesting in the social realm, and LOADS of support from my incredible wife…I mean LOADS and LOADS of support. Believe it or not, I’m extremely shy and that was and still is challenging to work through. I’m still figuring out how to have a personality.

TF: How would you say your culinary background gives you a different perspective from other chefs on YouTube?

BT: This one is hard…I would have to defer to the people who watch my channel and other food-driven channels to differentiate what I do in contrast to other culinary influencers. It’s most likely just a sense of credibility, but in this day and age some at-home ‘chefs’ are very food savvy and could teach me a thing or two. I’ve always described myself as being the dude who’s a bridge between the professional culinary world and the home cook world.

TF: How do you balance the quality of your recipes with the entertainment value of your videos?

BT: I’ve honestly never given that any thought…I always try to make my food look as good as possible, be as clear as I know how to be in the process, have plenty of natural window light, and press record. My goal is to make people hungry and excited about food.

TF: Given that your family has such a big YouTube presence, would you say you have pressure to give off a “family-friendly” vibe on your channel?

BT: I’ve never felt any pressure to fit my family in any kind of ‘”family-friendly” box for my channel. Anyone that follows me knows that I have a very loving family and have a deep respect for that. With that said, whenever my family is on my channel, it’s a family cuteness explosion.

TF: Your channel has very pretty thumbnails. How much time do you spend photographing your finished products?

BT: For the most part, I usually just use screen grabs from my footage for my thumbnails and tweak them here an there in post production. I rarely use high resolution images for my thumbnails, but it’s something that I want to be more consistent with. It makes a difference for sure. Being a one-man show (I conceptualize, cook, produce, film, edit, promote, etc.) can be tricky at times, so being resourceful is key. Sometimes I don’t always get the best shot, but I get what I need for the most part.

TF: A lot of popular food channels on YouTube offer unhealthy recipes. Would you say the healthfulness of your dishes is an important part of what you cook?

BT: I’ve never ever viewed my content as being health driven, but at the end of the day the viewer has to chew the fish and spit out the bones for themselves and utilize the info to their benefit. Whether it’s for health, artistry, inspiration, aspiration, or knowledge, each viewer will hopefully have a some sort of positive take-away from my content. Health comes in many forms, but my main goal is to give a variety of ideas and hope each one has something unique to offer and can resonate to someone somewhere.

TF: With both you and your wife active on YouTube, are there any ways in which you’d say your home life is radically different from that of a “normal” family?

BT: We are so abnormally normal it’s beyond funny. What is normal anyways?

BT: A cookbook is in the works and hopefully I can get my viewers to taste my food at some point in time…but for now, FOOD, FOOD, AND MORE FOOD!