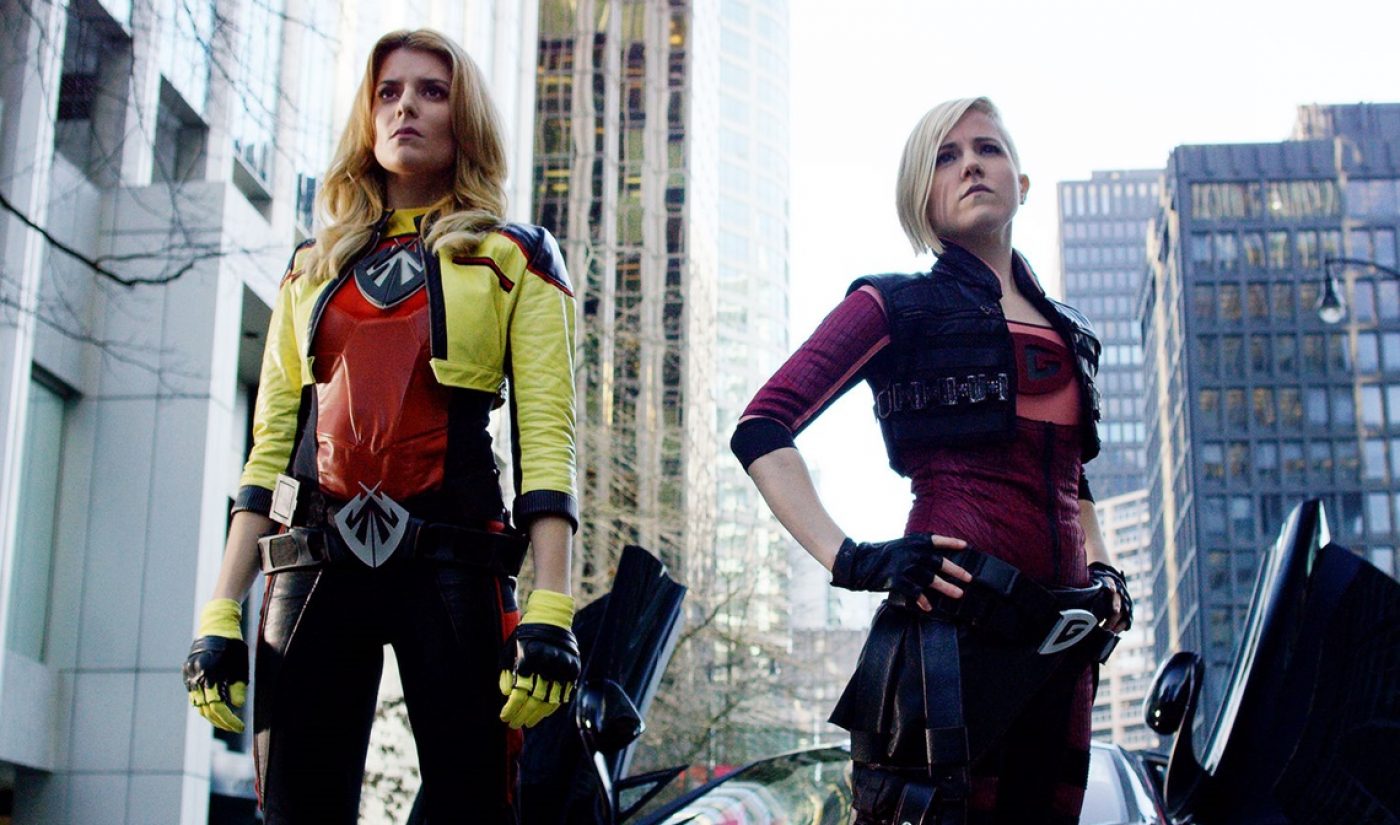 The spandex adventures of Grace Helbig and Hannah Hart are set to arrive. At the Tribeca Film Festival, Electra Woman and Dyna Girl director Chris Marrs Piliero said that the series, which stars Helbig and Hart as plucky superheroes, will be a launch title on Fullscreen’s upcoming subscription video service, which arrives on April 26th.

Electra Woman and Dyna Girl is a reboot of a 70s TV series from Sid and Marty Krofft (whose journey to the digital world is a whole story on its own). The new version of the show comes from Fullscreen and Legendary, which are hoping to leverage the star power of the content creators cast in the two titular roles. Between their respective channels, Helbig and Hart count more than five million subscribers.

The first four episodes of the show screened during its Tribeca panel, and its clear that Fullscreen and Legendary are playing to the social media-savvy viewers who tune into Helbig and Hart’s YouTube videos. Electra Woman and Dyna Girl, like the women who portray them, are self-made stars who gather fans with a lot of talent, a bit of luck, and some help from the Internet. Helbig and Hart “led the whole attitude” of the production, said Krofft during the panel.

At the same time, Electra Woman and Dyna Girl is a step forward for its stars in terms of its production values. The series looks great, and Piliero’s direction adds a cinematic quality that is matched by few digital productions. “Their attention to detail, their attention to their craft, it makes everything so impressive,” said Hart of the series’ crew.

Viewers who wish to watch all eight Electra Woman and Dyna Girl episodes as soon as they are publicly available will need to subscribe to Fullscreen’s upcoming video service, which will cost $4.99 per month. If that’s not your cup of tea, you can also download the series from video on-demand platforms like iTunes beginning on June 7th.