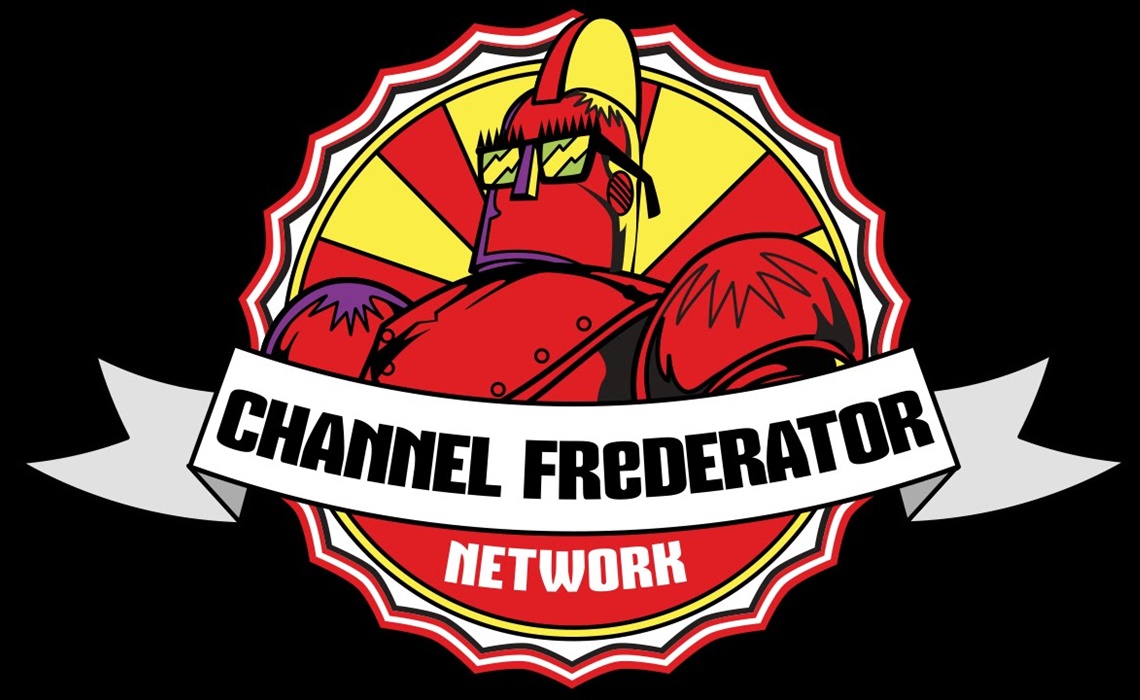 YouTube Millionaires: ChannelFrederator Appeals “To All Fans Of Animation”

Animation is one of YouTube’s most popular categories, and the Frederator network is at the forefront of that scene. Fred Seibert‘s toon community extends across thousands of channels, but it is centered on two main hubs: Cartoon Hangover, which distributes scripted programs like Bee & PuppyCat, and ChannelFrederator, which explores popular animated shows with series like 107 Facts. Both of those channels now have more than one million subscribes; the latter destination reached YouTube’s golden milestone this past week.

To talk about Frederator, we chatted with Matt Gielen, the network’s VP of Programming and Audience Development. Gielen, who, full disclosure, has written some stuff for us before, holds many insightful opinions related to online video. Here’s what he had to say about the company he works for:

Tubefilter: How does it feel to reach one million subscribers on the Frederator channel? What do you have to say to your fans?

Matt Gielen: It feels amazing! What an accomplishment for the entire Frederator Networks team. We’re all very touched and overwhelmed with gratitude.

To our fans, we can’t thank you all enough. We can only hope to show our appreciation to you through continuing to make more of the awesome videos you all love. And of course, Frederator Loves You!

TF: Between adult animation, children’s cartoons, anime, and other subgenres, the animation industry is as replete with quality shows as it has ever been. What factors do you think have fostered the genre’s growth?

MG: A host of factors interplay with each other including technology, sociology, economics, and groundbreaking creatives. There are essentially no barriers anymore for animated filmmakers to get their work seen and potentially be able to make a living off of it.

A great example is that on a technology platform like YouTube, someone from anywhere in the world can make a cartoon on their personal computer at low to no costs, with their own unique voice, and have that video viewed by millions of people. This means there is essentially no limitation to the viewpoints, ideas and information that can be exchanged between creator and audience. Nothing like this has ever existed before the last decade and that’s quite revolutionary. The impact of this is that we’re seeing a more diverse industry capable of appealing to far broader audiences.

At Frederator we’re really honored and lucky to essentially live at the intersection of these factors.

TF: Those subgenres I mentioned there all have very different audiences. Who, then, would you say is the typical ChannelFrederator viewer?

MG: They definitely do, but there’s also a lot of overlap. Online video streaming doesn’t have the same audience limitations as traditional media. For example, someone who loves Attack on Titan and subscribes to CrunchyRoll may also love Bee & PuppyCat, Inside Out, Adventure Time, and South Park. We try to appeal to all fans of animation and provide awesome videos around all of their favorite properties.

TF: How are the creators with the Frederator network involved in productions on ChannelFrederator?

MG: The ChannelFrederator Network, which now distributes over 2,800 animation channels on YouTube and is generating over half a billion monthly views, contributes a great deal to the channel. Beyond Saturday Morning Cartoons, the weekly show mentioned above, we give all of our creators the opportunity to produce content for the channel under the Tooned Up banner. Tooned Up makes highly engaging and shareable videos about cartoons such as 7 Cartoon Facts That Will Ruin Your Childhood and 13 Life Lessons From Gravity Falls. If a network member wants, we’ll pay them to make a video and give their channel multiple calls to action for our viewers to check out the creator’s channel. We’ve seen a few instances where these videos turned into thousands of people visiting that creator’s channel and giving that creator a windfall of subscriptions.

I would also add that it goes the other way too. Everything we learn from a programming standpoint on ChannelFrederator we try to pass on to our network. This includes things like Thumbnail best practices, best times and days of the week to post, how to use new tools from YouTube and so on.

TF: What qualities do you think have made 107 Facts so appealing?

MG: First and foremost, for our 107 Facts videos, we’re making videos about properties our audience knows and loves, and the format (fact videos) is highly appealing to the YouTube audience. The videos are all made by Frederator’s Flux Productions, spearheaded by Jake Krengel, which produces all of the videos for ChannelFrederator (and two of our other channels The Leaderboard Network and Cinematica).

One of the biggest factors that helps these videos pop and standout is our writing and research teams, headed up by Elissa Vallano. They do an amazing job in going into a ton of the nitty gritty details while keeping them highly engaging and enjoyable. We also have awesome talent like Tim Jablonski who bring the scripts to life and add their own unique twist. Add to this an amazing team of editors and you have a recipe for a great video.

Our programming team (Cade Hiser, Jennifer Dean, Soy Nguyen, Jessica Klein, Armando Crespo, Neil McNeil, Corey Freeland, Vyque Mendoza, Carrie Miller & Nate Olson), which works across all of our channels, does an amazing job of setting the strategy, picking the videos we make (both 107s and other), developing and testing new shows, as well shepherding the channel as a whole.

TF: Since 107 Facts discusses existing IPs not owned by Frederator, how do you ensure you will not get into any copyright trouble when producing the show?

MG: Our show 107 Facts is a news program series. Any clips or footage used as part of a 107 Facts video includes commentary, news and criticism about the property, clips and/or footage. In addition, the clips and footage used are very short in duration and used to express the point or commentary being made. This is a transformative use of the material and therefore falls within a fair use under US copyright law.

TF: Have you ever thought about consolidating Cartoon Hangover and ChannelFrederator? For what reasons do you keep those two channels separate?

MG: We have always looked at ChannelFrederator and Cartoon Hangover as two very distinct, but very much related, channels. ChannelFrederator is “The Declaration of Cartoon Independents” and our mission is to make awesome videos about cartoons for audiences that love cartoons and enable independent creators the ability to tell their stories. Cartoon Hangover is the brand under which we distribute Frederator’s (and others’) original cartoons, which feature awesome characters audiences want to hangout with and creators with unique voices. We shared some other programming for awhile, but have recently begun to clear the ground for Cartoon Hangover to begin releasing exclusive programming again. We have a number of really exciting announcements coming about Cartoon Hangover programming.

TF: You’ve written for us about a number of online video topics. What is one area within the industry that you do not think gets the attention it deserves?

MG: As a data wonk, I think the biggest area within the industry that does not get the attention it deserves is analytics. I remember sitting in a YouTube seminar once and hearing a YouTube employee state how much better creators performed who looked at their analytics daily versus those that only looked at their analytics a few times a month. The figures were astounding. It’s a lot to ask of the average YouTuber, as they already wear so many hats (producer, editor, star, writer, distributor, community manager, etc.). However, if you really want to make YouTube your full time job, you have to approach it as if it’s a business and the number one thing that will tell you how your business is doing are the cold hard numbers.

As a Film Studies major from Columbia University, I would say storytelling and studying the art form. We spend so much time focusing on personalities and their “influence.” We don’t appear to be investing a lot of time or energy into the analysis of the storytelling or artistic aspects of what we do.

My boss Fred Seibert says “New technologies demand new programming.” This same principle can be applied what we do: “new programming demands new theoretical analysis.” I really haven’t seen a tremendous amount of this groundbreaking theoretical work in our industry. It could be that we’re just too young as an industry or that technology is changing things so fast (VR, 360 video, programmatic ad buying, ad free subscriptions services, etc.) that what’s new today is outdated tomorrow. I’m really happy to see new courses popping up at universities across the country that focus on studying new media, but as an industry we just haven’t really matured to that point just yet.

TF: What’s next for the channel? Any fun plans?

MG: A lot more videos! Besides continuing to ramp up our current shows, we’re in the middle of rolling out a few new shows such as 60 Degrees. 60 Degrees shows all the behind the scenes and on screen connections between two shows. We also have a show called Science’d premiering soon. On Science’d we’ll give scientific explanations about your favorite cartoons like how a sea sponge could become a sentient being or how a pony could theoretically fly on rainbows.