The Good, The Bad, And The Fake: The Rise Of YouTube’s Prank Video Genre 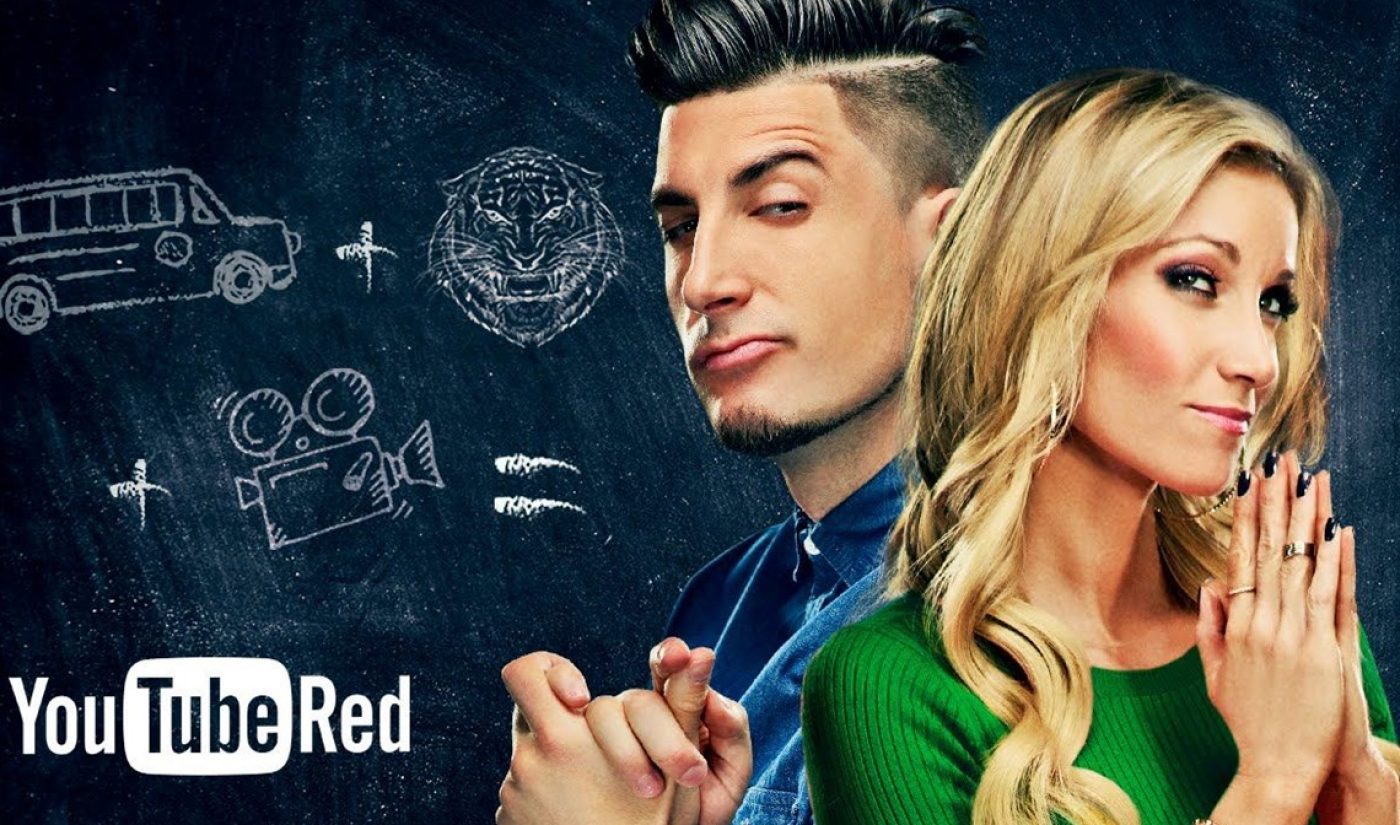 Two days later, Roman Atwood, Dennis Roady, and Vitaly Zdorovetskiy released Natural Born Pranksters — a feature film in which the trio pull off feats far more diabolical than their typical YouTube fare — like tricking a father-to-be into thinking his wife has given birth to the mailman’s baby. The movie catapulted to the No. 1 spot on the iTunes comedy charts, and the No. 2 movie overall during the weekend of its release — second only to Star Wars: The Force Awakens.

These impressive digital box office metrics should come as no surprise. In 2013, YouTube initially remarked the rise of prank videos, noting that the top 10 creators in the space — including many of the aforementioned channels — had clocked roughly 3.5 billion views. And according to analytics firm Tubular Labs, overall prank videos accounted for 17.7 billion views in 2015. The fact that these videos are shorter in length, emotionally visceral, and transcend language barriers has increased their shareability and propensity to go viral.

But as the genre has grown, and certain pranksters have become increasingly transgressive in a bid to stand out in saturated waters, a debate has spread across YouTube about morally precarious pranks, as well as pranks that have been staged. Atwood, for instance, has often been accused of dancing wildly across the lines of propriety. The 32-year-old has released not one but two videos in which he has pretended to murder his son, Kane, in front of his girlfriend — which led The Washington Post to proclaim him “YouTube’s most appalling prankster.”

“When it comes to pranking friends and family, the line is pretty far away,” Atwood told Tubefilter. At the same time, he seems to relish his polarizing status. “I think I’m one of the kings of the Internet of being controversial. I give every website in the world something to talk about — something to cry about. I make the world laugh and cry all at the same time. I’m hard to figure out.”

But because their Prank Academy series is being distributed via YouTube Red, Smith and Wellens —  who founded their PrankvsPrank channel in 2009 — take a vastly more wholesome approach. “The pranks are good-spirited,” says Smith. “As long as the mark is able to laugh at the end, then it’s going to be a good video.” (To be fair, Smith and Wellens have often left one another in tears — like when Wellens pretended to kill the couple’s cat, Nala. Though, as with Atwood, the fact that they are frequently pranking their own ilk likely softens the blow.)

While pranks carried out by Atwood and Wellens may induce calls to child protective services or the ASPCA, they’re purportedly all real. And that’s saying something for a content vertical whose massive appeal has attracted its fair share of enterprising charlatans.

“The pranking genre has crossed a line and it’s gotten very fake,” says Wellens. “It definitely sucks for us, because it’s hard to compete against fake reactions when we’re trying to do it for real.” To this end, when certain schemes on Prank Academy failed, he says, the duo opted to leave the footage in to prove nothing was staged. That’s not always a practice employed by the greater pranking community.

Perhaps the YouTuber most synonymous with both fake and inappropriate pranks is Sam Pepper. Pepper’s now-deleted Killing Best Friend prank — in which he pretends to kidnap Vine stars Sam Golbach and Colby Brock and then shoot Brock point blank as Goldbach watches on and weeps — ignited an Internet firestorm. On the heels of the video, an online petition to deactivate Pepper’s channel garnered over 75,000 signatures. Pepper also courted controversy in 2014 when he sexually assaulted women in a video he later claimed to be a social experiment.

Last month, Pepper deleted all of his videos and issued an apology, conceding that he’d faked the majority of his pranks in order to stay relevant. He has continued to vlog in the face of these incidents, but he has also become something of a pariah in the eyes of #TeamInternet. This trajectory only goes to show that while pranking has turned into a booming business for some, it can serve as a career killer for others.

At the same time, fake pranks have helped establish a cottage industry of sorts on YouTube, with popular channels like The Prank Reviewer, Is It Real?, and h3h3 productions dedicated to debunking the falsities. Earlier this year, an actress recruited for a prank video by Risky Rob that aimed to paint women as gold diggers even made her own video (above) exposing the staged ploy. As Atwood shrewdly notes, much in the same vein as professional wrestling, some viewers actually enjoy fake pranks. “At the end of the day,” he says, “people are entertained.”

However, the ways in which the genre has evolved is causing some consternation among early members of the community. Jack Vale, for instance — who launched one of the first pranking channels, Jack Vale Films, back in 2007, and who has subsequently established a more family-friendly brand — says he “started disassociating myself from the word ‘prankster’ over the past year because I was afraid of what kinds of connotations came along with that.” When Vale was asked by a new business acquaintance, for instance, whether he was “One of those guys down at Venice Beach trying to squeeze women’s boobs,” it was an a-ha moment for him. “Now, you have to specify — and I find myself doing this a lot when I’m explaining to people what I do for a living: ‘Not the mean stuff. I’m one of the good guys.’”

Which isn’t to say that Vale hasn’t been tempted by the meteoric view counts being amassed by competitors. “As a creator and as a human being, you do get tempted, and your mind starts to go to a different place,” he says. However, Vale, who is currently working on a book that will touch on his experiences within the pranking community, has always resisted the urge.

It’s an age-old temptation, of course — but one that today’s leading pranksters must navigate carefully lest they risk becoming the butt of their own jokes.