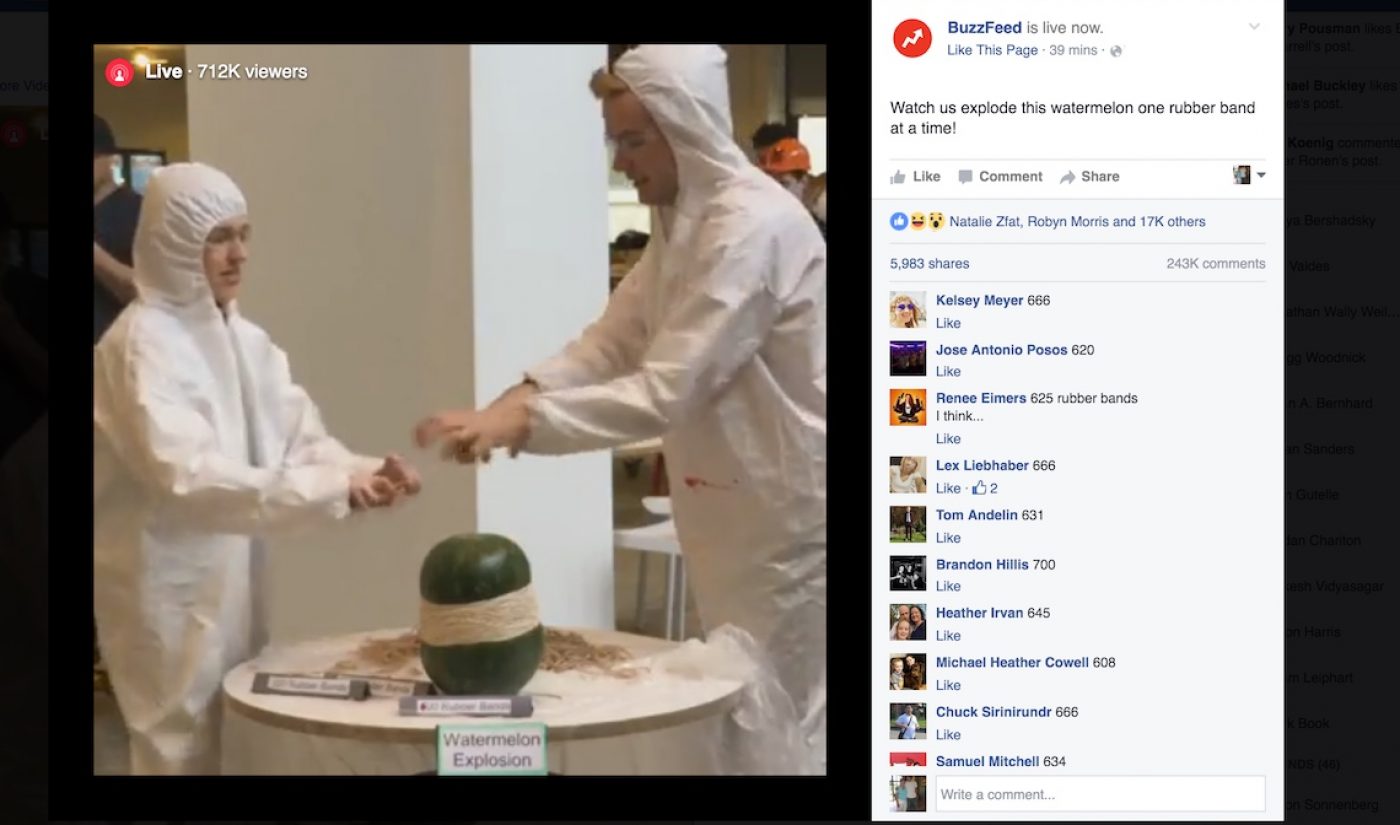 A BuzzFeed live stream just exploded on Facebook. The viral content company drew more than 800,000 concurrent viewers to a broadcast in which two of its employees wrapped rubber bands around a watermelon until it exploded. That makes BuzzFeed’s “Watch us explode this watermelon one rubber band at a time!” the most concurrent viewed Facebook Live video of all time.

BuzzFeed isn’t the first channel to pull of the exploding watermelon trick. The Slow Mo Guys accomplished the same feat in a video they released on their channel in 2012. BuzzFeed can take credit, however, for turning their fruit-based shenanigans into April 8th’s must-watch live event. As viewers flooded onto the company’s Facebook channel, the stream’s comment section filled up with predictions about the number of rubber bands it would take to finally pop the watermelon. The ultimate total: 690.

Watch us explode this watermelon one rubber band at a time!

The watermelon stream isn’t just the latest example of BuzzFeed’s impeccable knack for creating viral content. It’s also a shining example of the potential power of Facebook’s video technology. The social media giant recently tweaked its algorithm to promote live video and recruited celebrity partners to post their own streams in exchange for an undisclosed share of the profits. On April 6th, for instance, Facebook rolled out several new features for its live product, and founder Mark Zuckerberg also hinted at stronger monetization options for creators who choose to distribute their streaming content through his site.

The BuzzFeed video is evidence that Facebook can deliver massive reach for its partners. The only requirements are an active page, a pair of diligent employees, and a lot of rubber bands.