How Many Clicks Does It Take To Find An Original Series? 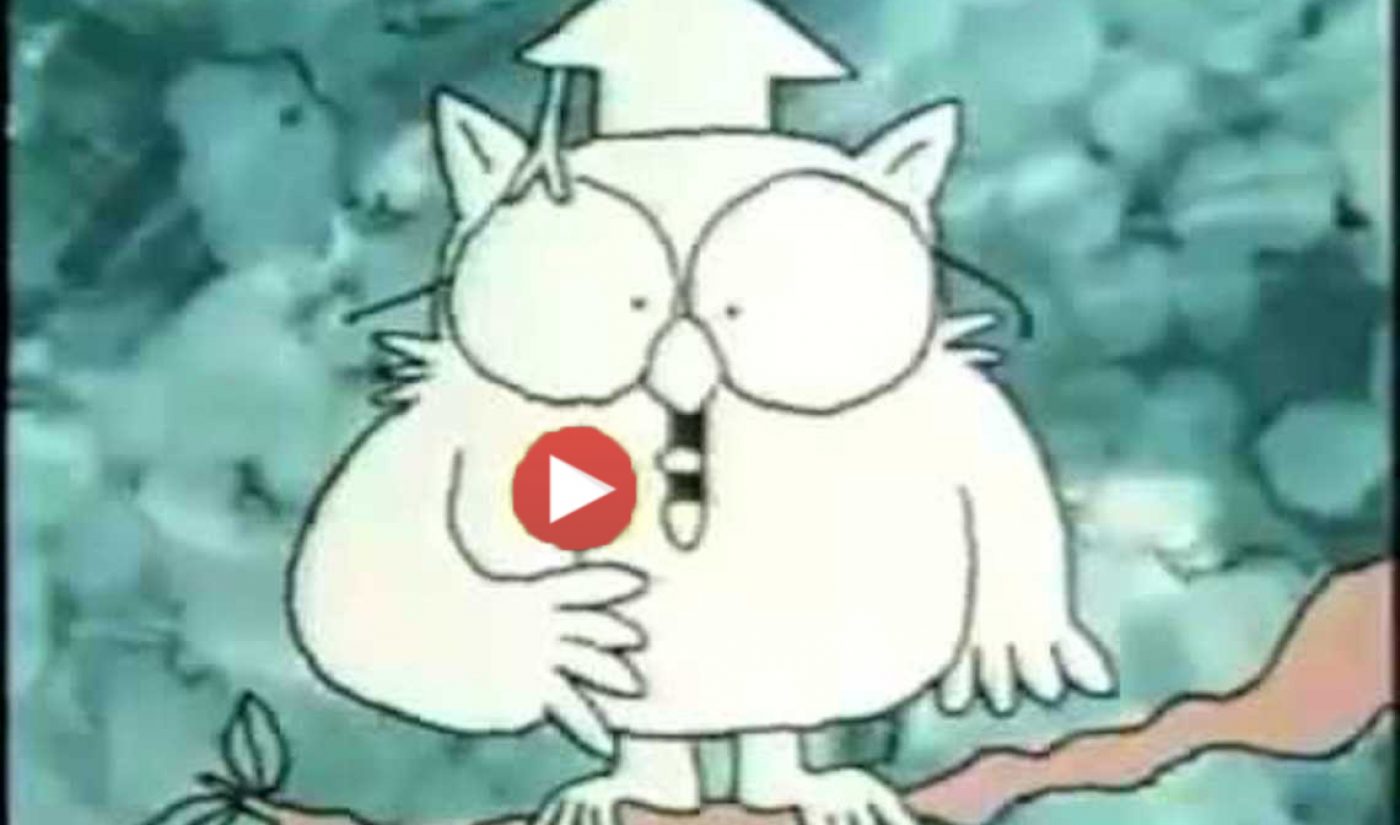 Digital platforms are not shy when it comes to advertising their original programs. Finding those shows, however, is a trickier proposition — and it’s not always easy.

On February 10, 2016, several months after its original product launch, YouTube Red debuted its first few pieces of original content. The subscription service, which costs $9.99 per month, is home to original programs like Scare PewDiePie, A Trip To Unicorn Island, Lazer Team, and Dance Camp, and it will add several more upcoming productions in the coming months.

YouTube’s Red originals are led by some of its most prominent creators, and in the days leading up to February 10, those creators embarked on a promotional blitz. Unicorn Island star Lilly Singh, for example, appeared on several TV programs, as did Scare PewDiePie’s Felix Kjellberg. Those public appearances worked in tandem with digital advertisements. “Our video ad campaigns across the web expose new audiences to these amazing series and movies,” YouTube Director of Subscriptions Marketing Jodi Ropert told Tubefilter. In terms of marketing, the first round of YouTube Red originals are well-covered.

YouTube Red is not the first digital platform to offer big-budget original content, and its industry fellows have been similarly gung-ho in advertising their own programs. Over the past three years, the wall space in New York City’s subways have been stuffed with posters hawking Netflix, Amazon, Hulu, AOL, and Yahoo shows–as well as several others promoting YouTube’s homegrown stars. Head to other major cities, and you’ll see the same shows plastered on billboards and other public surfaces.

While all digital platforms have spent freely in terms of advertising, they haven’t all made it easy for viewers to find the programs they’re offering up. The idea of discoverability, or, according to Google, “the quality [for online content] of being easy to find via a search engine, within an application, or on a website,” isn’t one that has gotten a ton of press coverage in the age of big-budget digital media, but it’s an important concept to discuss. “There’s a lot of great content,” said Peter Csathy, CEO of business consulting and legal services firm Manatt Digital Media, in an interview with Tubefilter. “How does the consumer become aware of it? What’s important is making it obvious to the user that the content is even there.” As YouTube in particular begins its own big push into original content, it will need to pay attention to discoverability as well as marketing.

When talking about discoverability, it is easiest to start with the digital platforms doing it the best. When you load up Netflix or Hulu, you are greeted by big banners that advertise premium pieces of original content. Anyone who learns about the new season of House of Cards, for example, can easily spot Frank Underwood’s scowling mug after a brief scroll down the Netflix homepage. Or, in a more blatant example to get clicks, those who hear about Pee-Wee’s return to films after a few-decade hiatus can the personification of Gen X’s nostalgia and his smiling face on Netflix’s homepage enticing you to press play.

To put it briefly, Netflix and Hulu originals are easily discoverable, but those platforms are also assisted by their singular focus on video. “The more defined your value proposition is, the more successful it will be,” said Csathy. “Netflix is very refined.”

It is possible, however, for a platform to have strong discoverability on a more crowded homepage. Take Amazon, for example. While the retailing giant devotes the majority of its homepage to sales, promotions, and other offers, it still makes its original programming discoverable without requiring even a single click. If you mouse over “shop by department” (which is just below the attention-grabbing Amazon logo), the top option in the ensuing drop-down menu is “Amazon Video.” Roll over that, and a second menu pops up, with a big picture of whatever video property Amazon is promoting at the time.

Amazon’s successes in the discoverability department become more apparent when the retailer is compared against other streaming video distributors. Like Amazon, both Yahoo and AOL offer original programming alongside other, more general services. On those sites, however, discovering premium content is nearly impossible. Here what’s happens if you start on the AOL homepage and try to discover Park Bench, the Emmy-nominated AOL talk show starring Steve Buscemi:

As it turns out, Park Bench lives over at AOL On, a separate portal that cannot be accessed directly from the AOL homepage. Once you navigate to AOL On, finding Park Bench is easy, but any potential viewers who would have tuned in with a curious click have already been lost at that point. When you consider AOL’s content is ad supported, and therefore more likely to draw in those “straggler” viewers (since they don’t have to purchase any subscription before watching), the relative invisibility of AOL On becomes even more perplexing.

Yahoo’s discoverability problems are similarly messy. The tech company lost $42 million on its original programming during Q3 2015, and when you see how hard it is to access those shows, it is no wonder no one watched them. Want to check out the sixth season of Community? You’ll have to locate the “TV” option on the Yahoo homepage (which sounds like it could feature TV-related news as much as original programming) and then find a small bar labeled “Watch Community.” Like AOL, Yahoo’s shows are ad-supported, so it would have made sense for those shows to be at least as discoverable as Amazon’s.

It would be irresponsible to blame Yahoo’s discoverability issues for the collapse of its original video program, but the platform’s shows were never easy to find, and so while Netflix and Hulu have naturally drawn in viewers with front-and-center displays, well-regarded Yahoo shows like Burning Love have lingered in obscurity. Both Yahoo and AOL have struggled to find any sort of mainstream recognition for their originals, despite spending some ad dollars to promote them. “Marketing and the navigation of what you’re marketing go hand in hand. That’s all part of the user experience,” said Csathy. “Marketing without proper UX is wasted dollars.”

That brings us to YouTube. The handful of Red originals released thus far represent YouTube’s biggest investment in subscription-based content to date, and the video site would naturally like its experiment to be a successful one. “From the beginning we’ve been super focused on making sure fans can easily find this content,” said Ropert, “and it’s impacted some of our most fundamental decisions like where the content lives on YouTube.”

In the days after the launch of Red originals, at least one article, from Android Central, suggested that YouTube has a discoverability problem. Navigate to the YouTube homepage, the article said, and you’ll find no mention of YouTube Red originals. When I went to confirm that statement, I did find a playlist of the Red originals after scrolling down the page a bit. I tried again with a different account, and the Red playlist was nowhere to be found. The take-away: Some users are given much more of a chance to discover Red originals.

YouTube all but confirmed that hypothesis. “We are always trying to spotlight content that we think users will love,” said Ropert. “The frequency or length of that promotion depends on how likely we think it is that a user will enjoy that content.”

The decision to temper discoverability for YouTube Red originals is an interesting one that responds to the unique challenges YouTube is facing as it launched a paid content tier. YouTube doesn’t just have to lead its viewers to its premium content; it has to convince them that they should pony up for a Red subscription, even though they can get so much great content for free. “Most of the target audience is used to paying nothing,” said Csathy. “There’s a demographic issue.”

To respond to that issue, YouTube is playing to its strengths. Rather that prominently featuring Red originals on its homepage, it is giving fans of those shows the discovery tools they need. “While we curate the content on a hub channel, all of our YouTube Red Originals actually live on our creator’s channel,” said Ropert, “which ensures that fans of the creator can get notified when new episodes launch or will discover it when they visit their favorite creator’s channel.”

This discovery strategy can convert a lot of likely viewers into YouTube Red subscribers, though it is also limited to users who are already a big part of the YouTube ecosystem. Right now, YouTube Red discovery is heavily targeted, though that could change in the future. “As our library of content grows, we’ll ensure that fans of these creators – and well as those who’ve shown they like similar content – will be able to easily discover these series and movies.”

Perhaps, as YouTube Red subscriptions become more ubiquitous in the YouTube community, the site’s original content will be featured more prominently. For now, YouTube is at least employing common sense in its discoverability strategy and appealing to users to are more likely to show curiosity. In doing so, it is ensuring that any marketing dollars it spends will not go to waste.