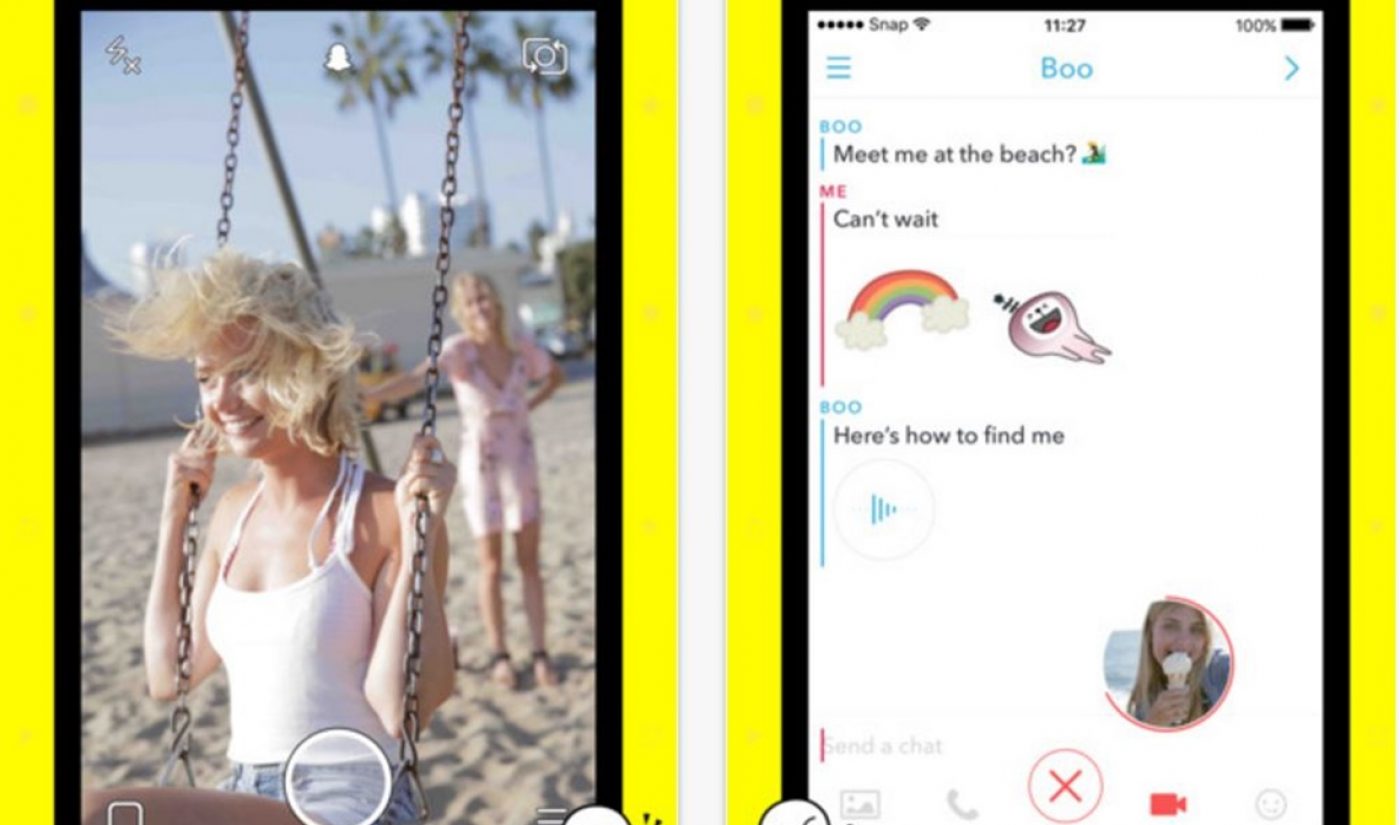 Snapchat has received a facelift of sorts today, adding several new features to make chatting even more vital and immersive, as well as an update to its privacy policy stating that the company can henceforth use consumer information to customize ads.

The most significant changes to the app are now live within its Chat feature, which the company initially launched in May 2014 and has now been dubbed ‘Chat 2.0.’ “You can start by sending a few chats, and when your friend shows up, start talking or video chatting instantly with one tap,” Snapchat explained on its blog. “Your friend can simply listen if you want to sing them a song, or watch if you have a new puppy to show them. If they aren’t there, you can quickly send an audio note to say what you mean.”

Also new is a trove of more than 200 stickers — including, for instance, an animated fox with the word ‘bai’ and avocados captioned ‘basic’ — which can be sent within Chat with a single tap. This new sticker feature could potentially shed some insight into Snapchat’s rumored $100 million acquisition of Bitstrips, the maker of an app that enables users to transform themselves into bitmojis — or personalized cartoons.

Within its Stories section, Snapchat has also added what it’s calling “Auto-Advance Stories” — meaning when one Story ends, the next begins automatically, with the ability to navigate throughout with a swipe.

As Snapchat has been notedly complicated for many adults to figure out, the company has compiled a video tutorial showcasing all the new features within its Discover section.