Beyoncé’s ‘Formation’ Video Is Still Unlisted On YouTube. What’s Her Play Here? And How Many Views Has She Lost? 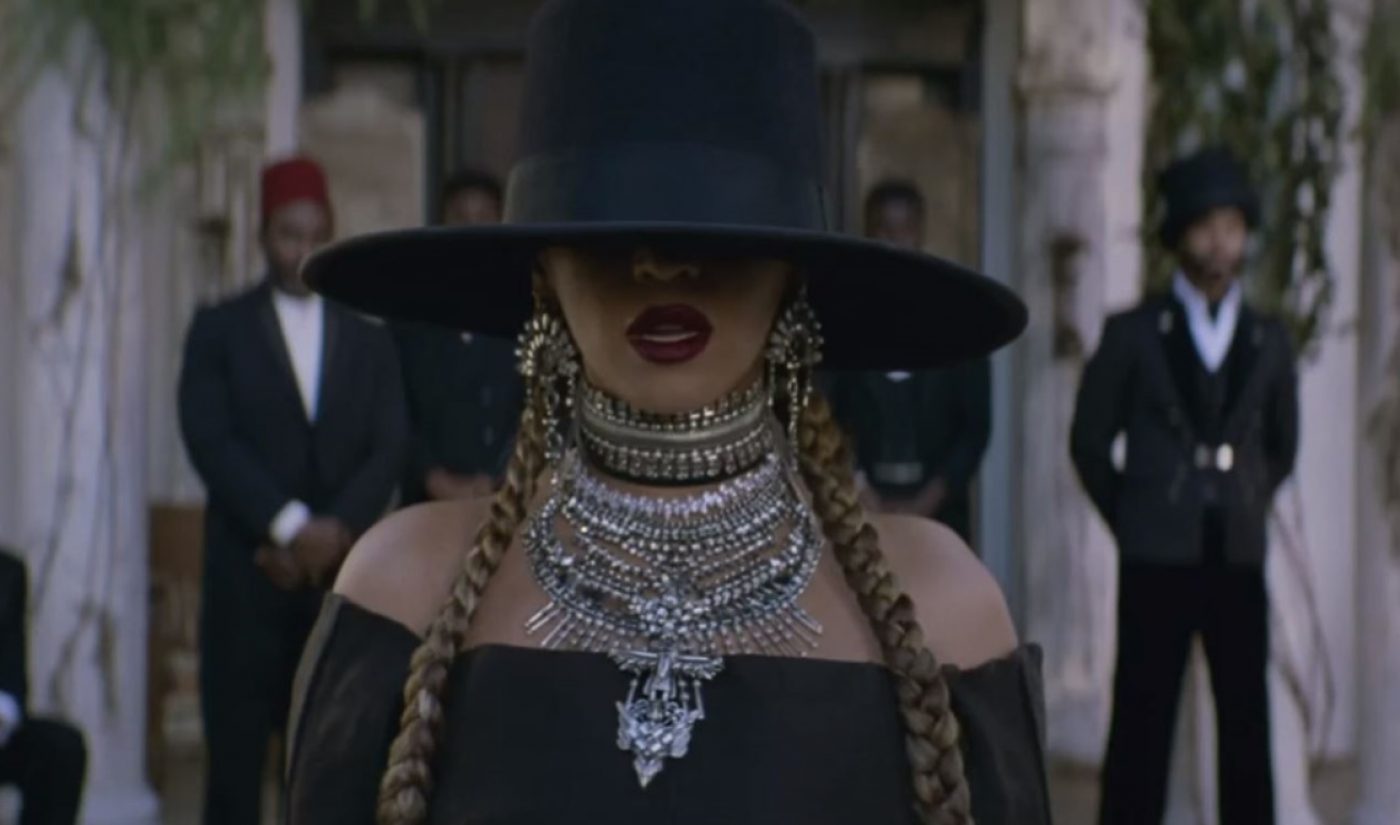 A decidedly low key delivery that begets a shrieking impact has lately been the Beyoncé way. And it came as no surprise to anyone the songstress’ rollout of her new single, “Formation“, was characteristically cryptic.

In addition to launching the single for free on Tidal – the beleaguered subscription service owned by Knowles’ husband, Jay-Z – she also dropped an accompanying music video on YouTube. But she dropped it with a catch: it arrived on the service unlisted, a privacy setting that shrouds content from being accessed by basic search functionalities on YouTube (and the Internet at large).

“Why is it so difficult to find this damn video?” reads one of the top YouTube comments on Formation’s explicit version. Other commenters echoed this sentiment.

A simple statement of fact.

A question and plea aimed squarely at Queen Bey.

Viewers, it turned out, had to unearth the link on Beyoncé’s official website. It was a calculated call on her part.

“Tidal only has a base of one to two million subscribers,” says Andrew Hampp, VP-brand strategist at music sponsorship agency MAC Presents. That pales in comparison to Spotify’s 30 million and Apple Music’s 11 million. Therefore, in order to familiarize the masses ahead of her Super Bowl performance, Hampp surmises Beyoncé conceded (some) access beyond Tidal’s pricey walls. All this despite the fact that Jay-Z has made his distaste for YouTube’s monetization model clear — in freestyle rap form, no less.

“Tidal just doesn’t have enough scale to make a record go to number one the same way that YouTube could,” says Hampp. “Look at ‘Harlem Shake‘. It went to number one on the Hot 100. That was a direct result of YouTube streams. Sales and radio were such a small part of that track’s success.”

For the uninitiated, Billboard began incorporating YouTube views into its Hot 100 singles chart in 2013 and added data from streaming services to calculate its Billboard 200 album chart in 2014. So, YouTube views have become an increasingly important data point in the equation used to evaluate an artist’s success. For a more recent example of this, take Justin Bieber. When the pop star premiered 12 music videos every hour on YouTube last fall to promote his new album, Purpose, his already humongous YouTube viewership doubled overnight (to the tune of over 800 million views a month), helping to propel the album to number one on a number of Billboard charts.

To be clear, “Formation” is not not doing well — especially considering the song hasn’t been made available for purchase or serviced to radio. The single debuted at #2 on Billboard’s Trending 140 Chart (which measures the most-talked about songs on Twitter) and also helped sell out an upcoming tour in very short order. (Hampp suggests another reason Beyoncé relegated the video link to her official website was to “own that traffic knowing that she had a tour announcement 24 hours later.” Following her performance at Super Bowl 50, a deluge of inbound traffic caused Beyonce.com to crash.)

But Formation could definitely be performing better. As a result of its unlisted status on YouTube, the five-week-old video appears to be bleeding views, at least when stacked up against previous releases. Formation now counts 33 million views since its launch. By comparison, Beyoncé’s last music video for 7/11 premiered in late November 2014. But five weeks later, it had about 77 million views.

She’s slaying a number of things, but traditional music charts that take into account digital media metrics may not be one of them.

Debuts by other artists of Beyoncé’s caliber also suggest she could’ve made a much bigger splash. Adele’s earth-shattering “Hello“ had 508 million views in five weeks, while Bieber’s “Sorry“ accumulated 147 million views in that same timeframe. Rihanna’s three-week-old “Work“ is already at 117 million views and counting.

Music videos are obviously integral to Beyoncé’s artistic vision. That’s evidenced by her release of her self-titled visual album and all the stunning and politically-charged imagery seen in “Formation”. New material may likely debut on Tidal, but Formation’s YouTube premiere — veiled though it may have been — underscores a kind of compromise on Beyoncé’s behalf. It’s at once a nod to the world’s largest video-sharing site and an attempt to siphon some of YouTube’s indispensability toward an upstart platform with massive star appeal.

Tidal is at a critical juncture right now, says Hampp. Serving as the exclusive (though at times clunky) distributor of recent albums by Rihanna and Kanye West has given many fans a tantalizing reason to subscribe. But at the same time, he says, exclusivity can have its downsides. “The biggest artists in the world can only keep their music from people in so many ways before fans get bored and move onto someone who’s more accessible.”

Beyoncé is the reigning queen of pop culture, but if she continues to keep too much of her music from fans (and the platforms where her fans are watching and listening), they may just find someone else to wear the crown.