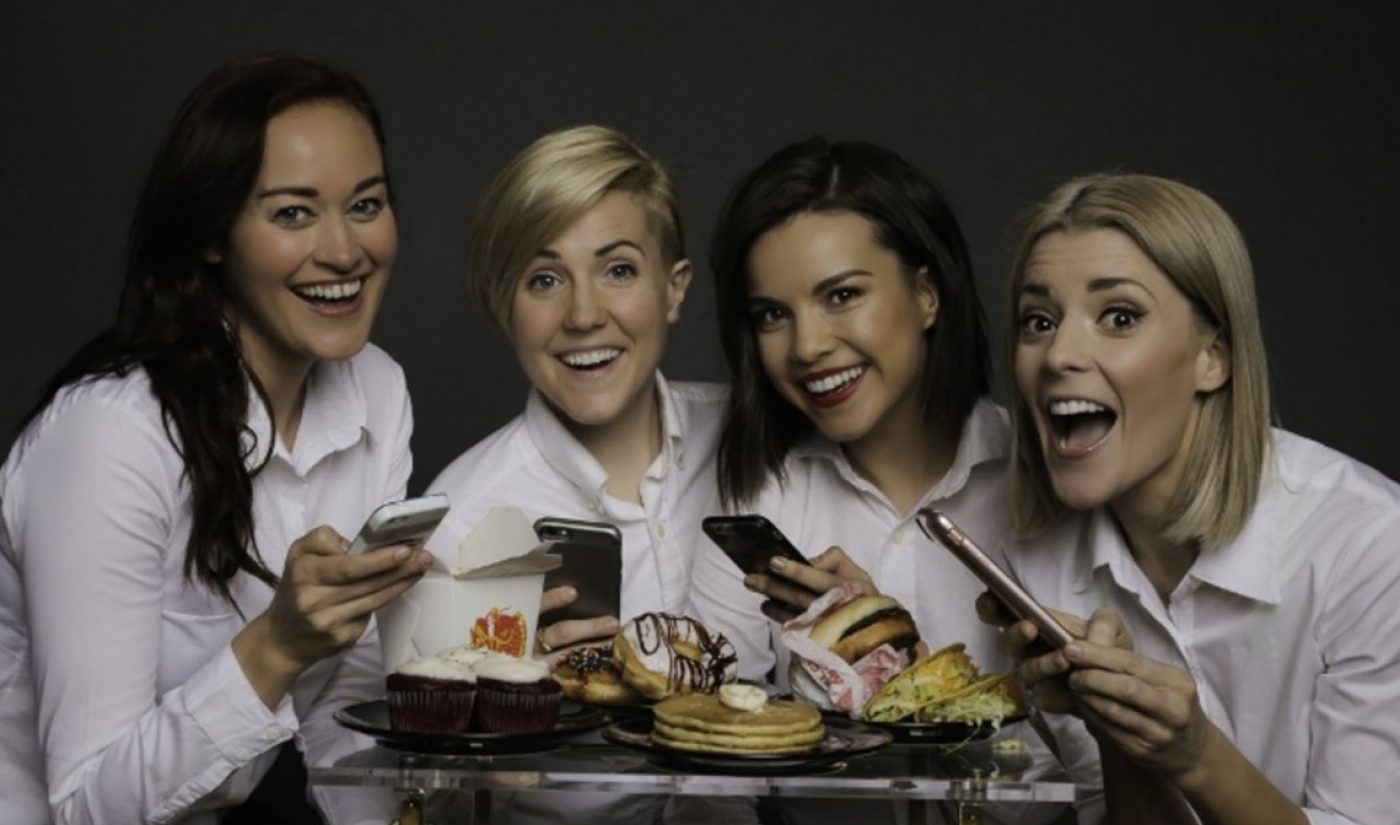 For their latest collaboration, YouTube’s ‘Holy Trinity’ will be joined by a fourth. Hannah Hart, Mamrie Hart, Grace Helbig, and renowned lifestyle vlogger (and UN Change Ambassador) Ingrid Nilsen have been announced as founders members of Dysh — an app startup that helps users rate items on restaurant menus on a 100-point scale.

The YouTube stars will take an equity stake in Dysh, according to Variety, which was initially founded by parent company Toast Labs in 2014. In addition to promoting the free app, the two Harts (who are not related), Helbig and Nilsen have also helped shape various features, including enabling users to see who likes Dysh posts and adding in-line commenting as well as the ability to promote posts across other social platforms.

The foursome will continue to advise Dysh as ‘Taste Buds,’ said the company’s founder and CEO Ashley King. “Not only are they perfect examples of what it means to be Taste Buds — they trust each other’s tastes and have fun sharing their culinary lives with one another,” she said in a release announcing the partnership, “but they also bring a social and business savvy to building a platform for millennials.”

All told, the ladies boast 20 million social followers between them.

While Nilsen described the El Segundo, Calif.-based app as an especially pertinent tool for travelers, Mamrie Hart described the platform as a “guilt-free and gluttonous” outlet for her food pics. Helbig said she was excited to “foster a safe place for food photography” while Hannah Hart said that Dysh was the “perfect tool to merge my passion for apps and appetizers!”

The Harts and Helbig most recently collaborated on Dirty Thirty, a feature film picked up by Lionsgate that is about a birthday party gone bad. The film is a follow-up to the trio’s Camp Takota, which was one of the first big-name films to be launched by digital stars.