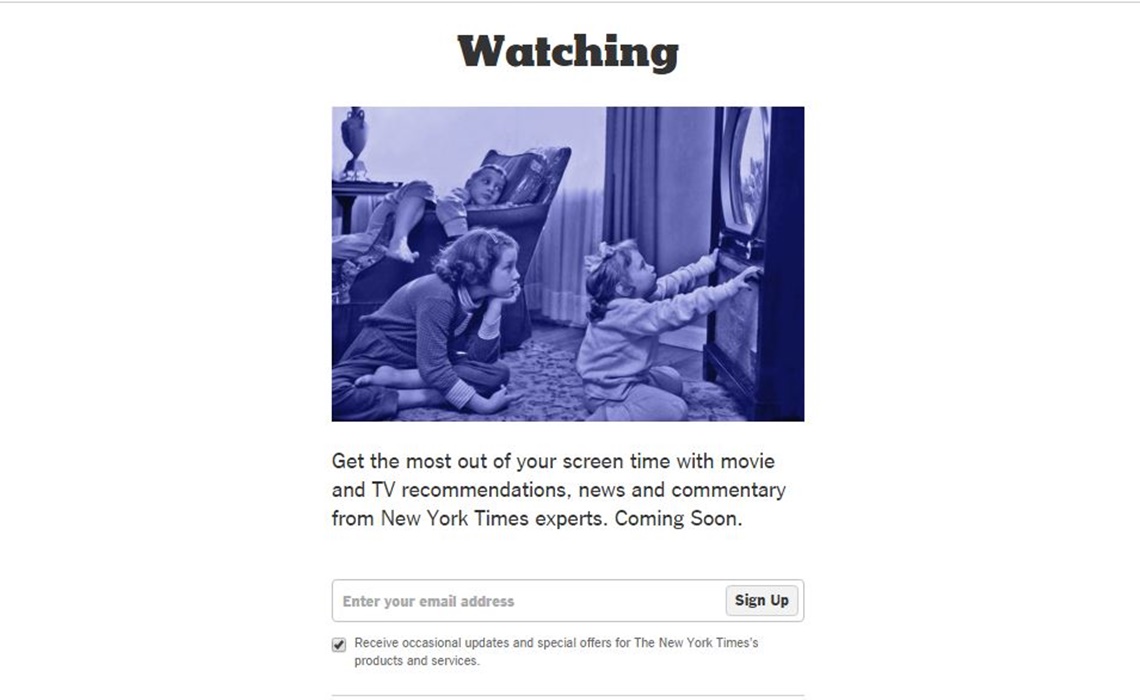 Later this year, The New York Times will launch a new website entitled Watching, which is intended to serve as a recommendation resource for all things television and film, according to the company.

The vertical will be helmed by the Times‘ TV editor Gilbert Cruz, and the newsletter written by former Vulture reporter Margaret Lyons.

Watching is being developed internally by NYT Beta, an interdisciplinary unit of the Times that also developed its NYT Now free news app as well as its meal-planning Cooking site. Beta also offers ad opportunities through the Times’ T Brand Studio, its native ad unit.

“Beta aims to make The New York Times a daily habit for current and potential readers by providing trustworthy guidance they can’t get elsewhere,” said Ben French, vice president of NYT Beta, in a statement.