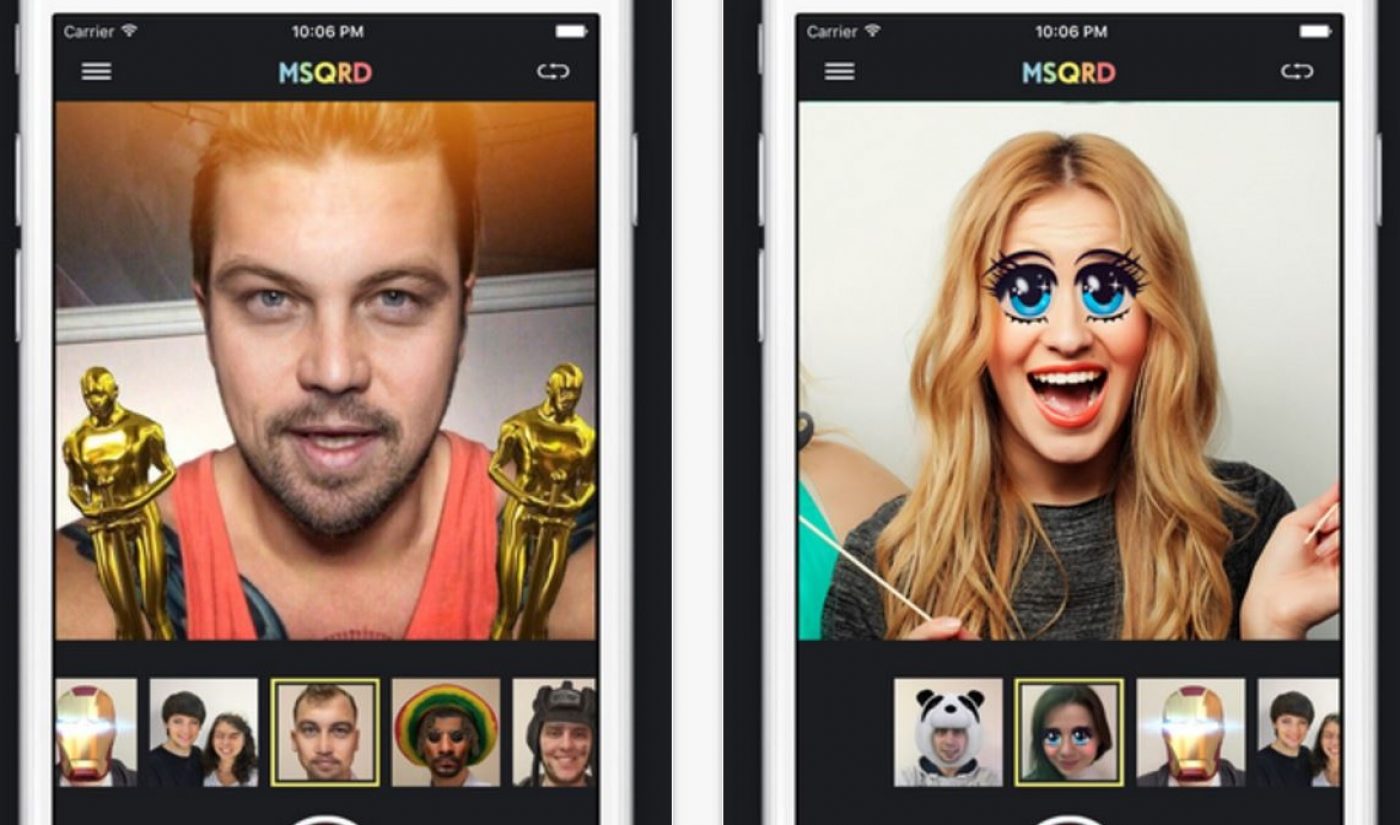 If you can’t beat ‘em, buy ‘em — That seems to be Facebook’s approach as it continuously attempts to glean some of the heat from ephemeral messaging app Snapchat, which now counts over 7 billion video views per day.

MSQRD (short for masquerade), which is currently number 17 on the iOS top app charts, and which allows users to create live filters for selfies — not unlike Snapchat’s uber-popular lenses feature — announced today that it has joined the Facebook family.

“We’ll be able to bring our technology to Facebook’s audience of nearly 1.6 billion people,” wrote Eugene Nevgen, CEO of MSQRD maker Masquerade Technologies, in a blog post announcing the acquisition. The financial terms of the deal were not disclosed.

MSQRD offers a wide array of filters accessed through front-facing mobile cameras. Filters can swap users’ faces or even transform selfie-takers into monkeys. And it’s not hard to imagine such features being integrated into the Facebook app as a way for users to share filtered photos or video clips — or even during live streams broadcast via Facebook Live.

If MSQRD sounds similar to a key Snapchat feature, Facebook has long had its eyes on the vanishing competitor — beginning in 2013, when Snapchat CEO Evan Spiegel rebuffed a $3 billion acquisition offer from Facebook chief Mark Zuckerberg. And after attempting to launch a Snapchat clone called Slingshot, Facebook ultimately shuttered its Creative Lab, where that app was bred, late last year.

In other Snapchat news, the app not only changed fonts in an update today, but has welcomed its latest bold-faced Snapper into the fold. Days after her nude selfie scandal set the Twittersphere ablaze, social media luminary Kim Kardashian has finally entered the Snapchat fray. Her verification emoji is the peach.