Indie Spotlight: ‘Future Girl’ Travels Through Time And Ends Up On The Couch 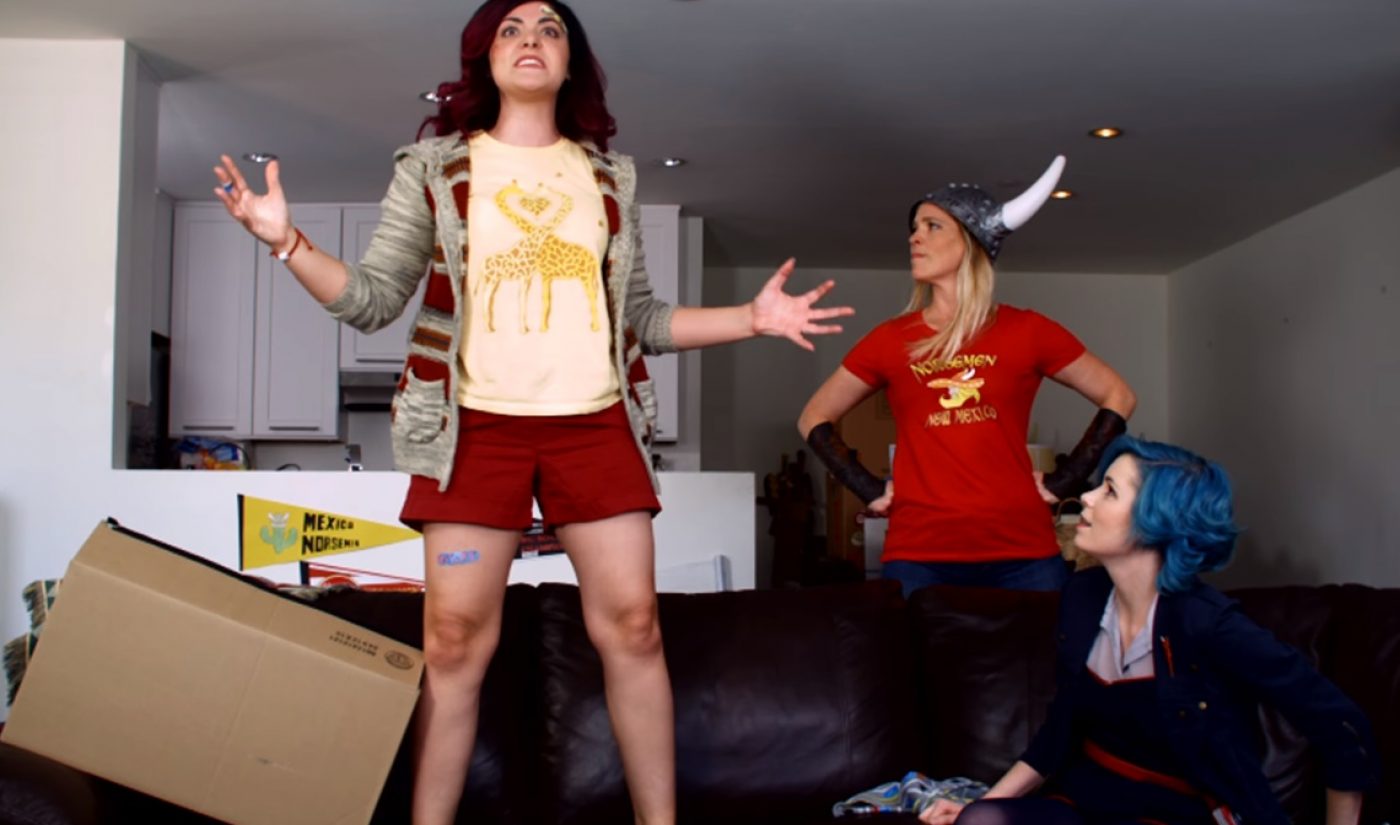 If you met a time traveler from the future, what would you say to her? If your answer is “invite her to split the rent,” then you’re thinking like Em. Em (played by Gina DeVivo) is one of the three primary characters in Future Girl, a delightful new web series that can be found on the YouTube channel of co-star Amy Dallen.

Dallen is best known for talking about comics in a Geek & Sundry-supported vlog, and Future Girl’s premise would certainly work well as a graphic novel: Dallen portrays Curie, a time-travelling scientist who is living in the present in order to gather data for her grad thesis. Em is Curie’s down-on-her-luck roommate, and their third roommate is Viking (Heather Wood), a medieval warrior who Curie brings forward from the past.

The temporal disparity between the three roommates serves as the basis of Future Girl’s comedy, but this is far from a one-note series. Small details (such as Viking’s choice to dress her breakfast with hard liquor instead of milk) add flavor to the central trio, and a rapid-fire presentation rewards careful viewers. The script cracks jokes about everything from Roman history to Viking helmets to Scatman Crothers — and that’s just the first episode.

Future Girl’s pilot is a satisfying introduction, but the second installment steps up to a higher level. With a “time war” at its center, it is zany, inspired comedy that plays out like a good Community episode. Head over to Dallen’s channel to watch Future Girl’s complete adventures. You won’t regret it.