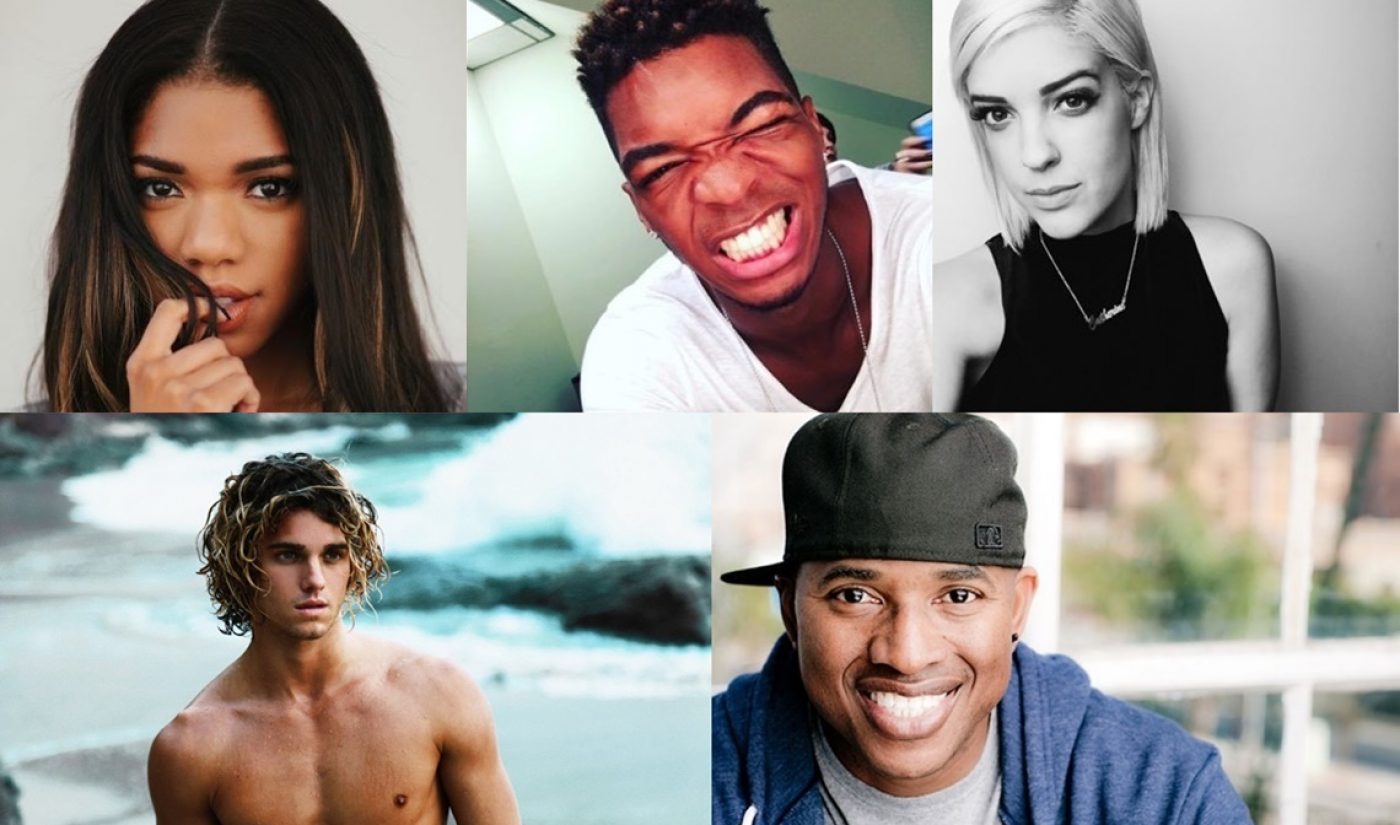 Fullscreen has bolstered its roster through a significant creative coup. The digital media company that functions as both a multi-channel network (MCN) and a production studio has signed five digital media personalities: Kingsley, Teala Dunn, TipsyBartender, Catrific, and Jay Alvarrez.

The five new additions to Fullscreen’s network all have their own dedicated followings; across their respective YouTube channels, they count 8.2 million subscribers. They also cover a broad range of video categories, ranging from food and drink to travel to vlogging.

Kingsley (aka King Russell), who has released a consistent supply of videos over the past six years, has long served as one of YouTube’s top gossipers. He comes to Fullscreen after ending a previous partnership with Defy Media.

Dunn, who was previously partnered with AwesomenessTV, is an 19-year-old social media star who appeals to a kindred teenage audience. She has recently showed up in some substantial projects, such as the influencer-led feature film Expelled, and through her partnership with Fullscreen, she will continue to expand her presence in both the digital and traditional spheres.

TipsyBartender, whose name is Skyy John, provides inventive cocktail recipes for his viewers. Thanks to his colorful personality, which matches the brightness of the drinks he mixes, John’s channel takes on a party atmosphere. He was previously partnered with Tastemade.

Catrific (aka Catherine Valdes) shares vlogs with her own young audience. Alongside Fullscreen, she plans to produce “easily-digestible educational programming,” among other ventures. She was previously allied with StyleHaul.

Jay Alvarrez attracts viewers to his channel by documenting his sunlit travels, which often take him to the beach. Alongside Fullscreen, he plans to expand into serialized content.

Fullscreen will also work with all five of its new partners to further their relationships with like-minded brands. “Teala, Cat, Jay, Tipsy Bartender and Kingsley join a network of diverse talent committed to creating top-notch content for their devoted audiences,” said Fullscreen SVP of Talent Beau Bryant. “We are huge fans and it’s exciting to get to work with them to build their brands.”

In total, Fullscreen is partnered with more than 75,000 creators. Notables within its network include Grace Helbig, The Fine Bros, and Devin Supertramp.