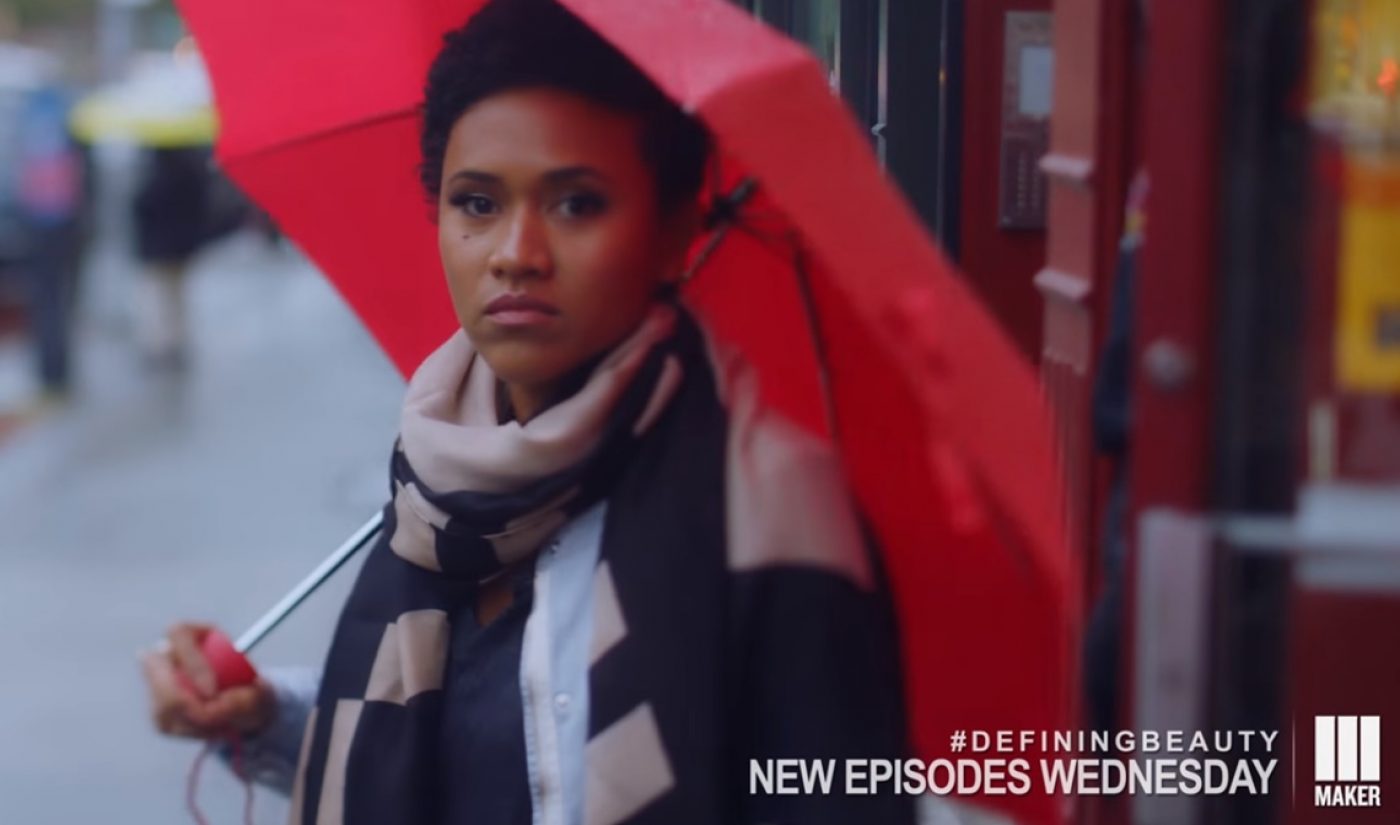 The latest series to arrive on mobile video platform Go90 comes from Maker Studios. The digital network and studio has produced a second season of Defining Beauty, in which several of its creative partners discuss their personal perceptions of the concept of beauty.

Defining Beauty has arrived on Go90 right as Black History Month ends and Women’s History Month begins, and the five creators featured in the series — Bianca Alexa Rivera, Taren Guy, Angel Moore, Maya Washington, and Nik Scott — are all women of color. Across six, 22-minute episodes, the spotlighted women will, according to a press release, “reveal their individual journeys toward self-acceptance and understanding, giving viewers a profound and, at times, hilarious behind-the-scenes view of their lives and personal stories.”

Defining Beauty began as a series on The Platform, Maker Studios’ beauty, fashion, and style-related vertical. Its first season launched last summer, and it profile several of the personalities who will return for season two, including Guy and Scott. This time around, the new episodes will be available on Go90 as part of a larger deal between Go90 and Maker. Other shows Maker plans to produce for Verizon’s mobile video platform include Polaris Geekenders, led by the stars of Maker’s gaming sub-network, and Prank School with Rahat, starring magician Magic of Rahat.

New episodes of Defining Beauty will arrive each week, beginning on March 2nd.