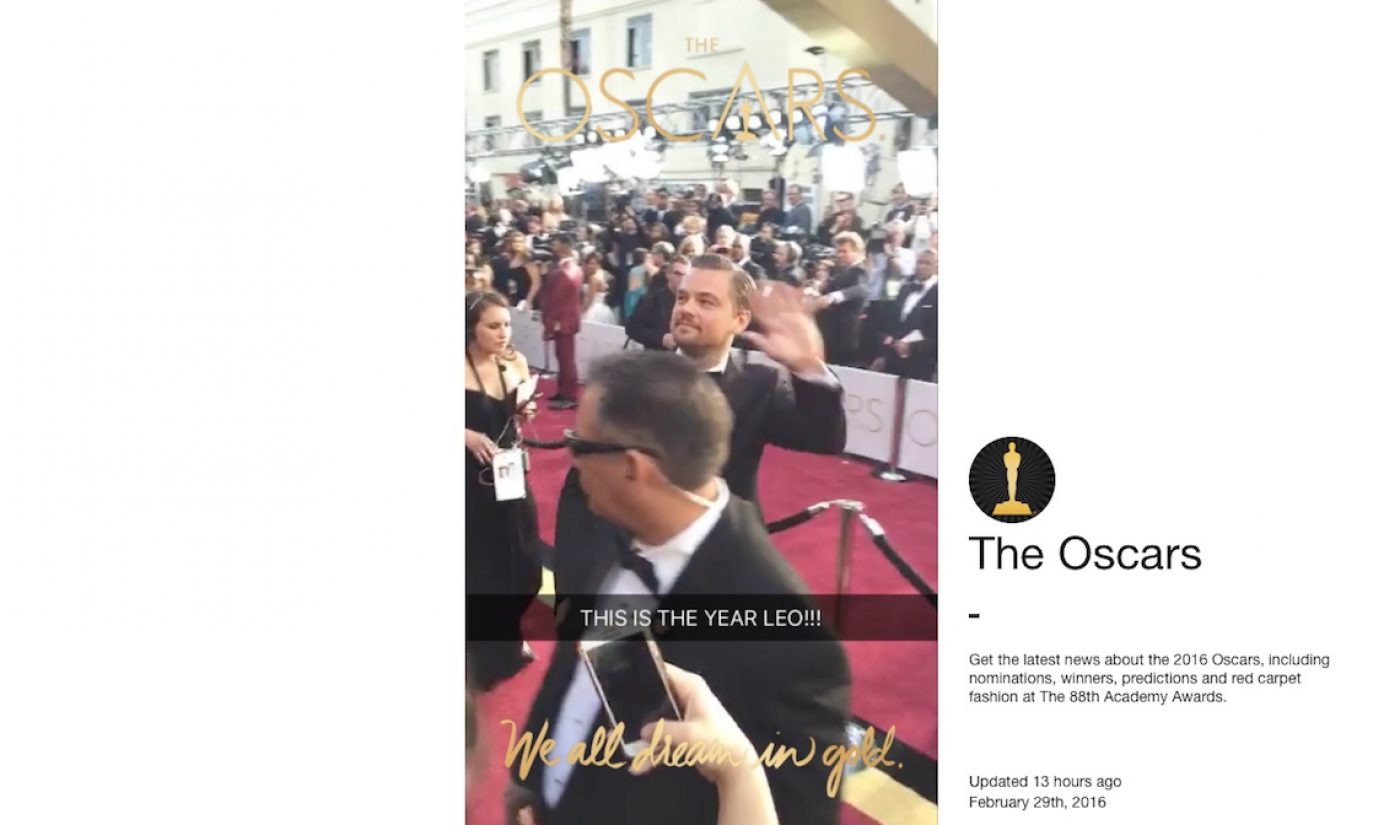 While Snapchat CEO Evan Spiegel has long touted his company’s mobile-first approach to capturing and consuming content, on Oscar Sunday the ephemeral messaging app made a Live Story about the awards show viewable on desktops for the very first time.

Snapchat’s homepage now links visitors directly to its Oscars Live Story, featuring a vertical web player that looks identical to its mobile counterpart — except for the addition of a ‘pause’ button. The Live Story features Casey Neistat predicting the winner for Best Picture (Mad Max: Fury Road), videos of celebrities like Lady Gaga and Jared Leto walking the red carpet, viewer reactions as they watched from home — including King Bach’s excitement when Leonardo DiCaprio won the best actor award — as well as a handful of glimpses backstage.

The stream also features a ton of content from Snapchat’s own correspondents, ornamented with geofilters created especially for the extravaganza.

Snapchat did not immediately respond to request for comment about whether it plans to publish future Live Stories using its new web player — though the Oscar rollout suggests it could be harnessed for future events. Bringing access to Live Stories via a web player makes the Snaps easier to view for those who don’t have Snapchat, and assigning a URL address is also bound to make the content infinitely easier to share.

It also remains to be seen whether other kinds of Snaps will appear on the web player. Live Stories are a series of Snaps from a specific location or event that are then curated by the Snapchat team, but Snapchat also features a Discover section composed of content from major publishers. And that’s all in addition to its legions of users posting their own Stories.

Snapchat says it has over 100 million daily users who account for roughly 7 billion video views every day.