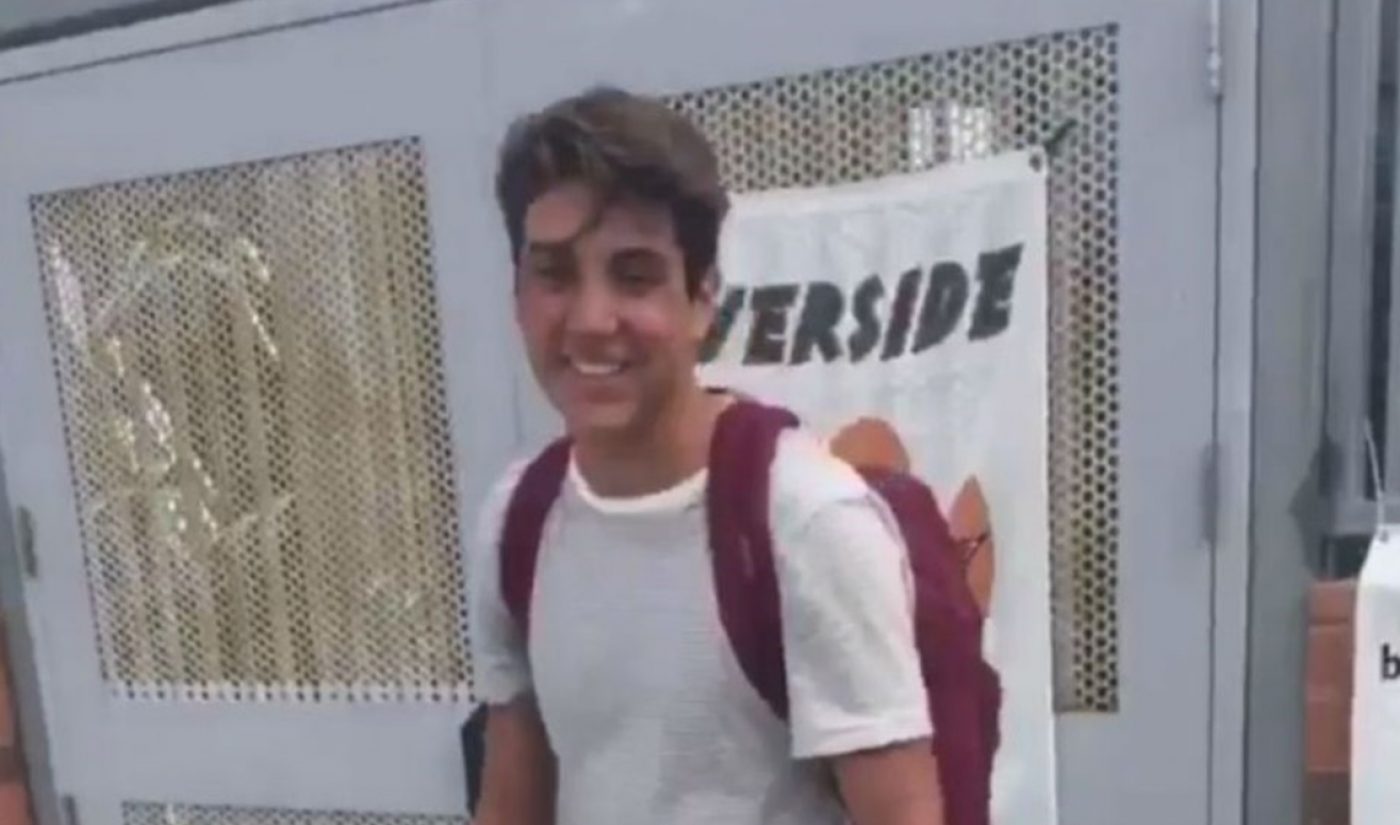 Following a long line of photo and textual viral luminaries like Alex From Target and Shit My Dad Says, Twitter’s native video component — which launched in early 2015 — may have just catapulted its very first video meme.

The baffling clip — which is comprised of a string of Snapchat Snaps — has now come to be known as ‘Damn Daniel.’ It features high school student Daniel Lara in a succession of stylish getups, as his friend and videographer, Joshua Holz cries out, “Damn Daniel! Back at it again with the white Vans!”

Premium content this is not. But Holz’s tweet (below) has officially cannonballed into the cultural zeitgeist, where it has been shared almost 300,000 times. (The two recently appeared on The Ellen DeGeneres Show, while Holz, like many celebrities before him, subsequently became victim to a swatting prank.)

The video also marks a serendipitous win this week for Twitter. The platform is currently in the midst of a huge promotional campaign touting video content, which it says has grown by 220x in viewership over the past year.

That campaign, entitled #FFWD2016, will profile six creators in categories like music, art, sports, food, and news. Each of the creators, including singer Shamir Bailey, food host Laura Miller, street artist JR, and journalist Ana Kasparian created short, self-promotional videos in which they predict what their careers will hold in the year ahead.

Check out JR’s and Kasparian’s below as an example:

“Those who are politically active, who are passionate…really matter.” @AnaKasparian on videos w/ impact. #FFWD2016https://t.co/fRxudtCs9y — Twitter Video (@video) February 22, 2016

Each of the six creators has a sizable Twitter following, but they’re also just as active (if not more active) on competing platforms. Miller, for instance, boasts 7,400 Twitter followers but 38,500 YouTube subscribers, while JR counts 49,600 followers on Twitter, but almost 800,000 on Instagram.

To be clear, this isn’t something Twitter should be ashamed of. Using influencers from other platforms to bolster a new initiative is becoming a kind of industry standard. Twitter Video is less than a year old, so it doesn’t have any breakout stars to call its own just yet. Though maybe Daniel will be the first.