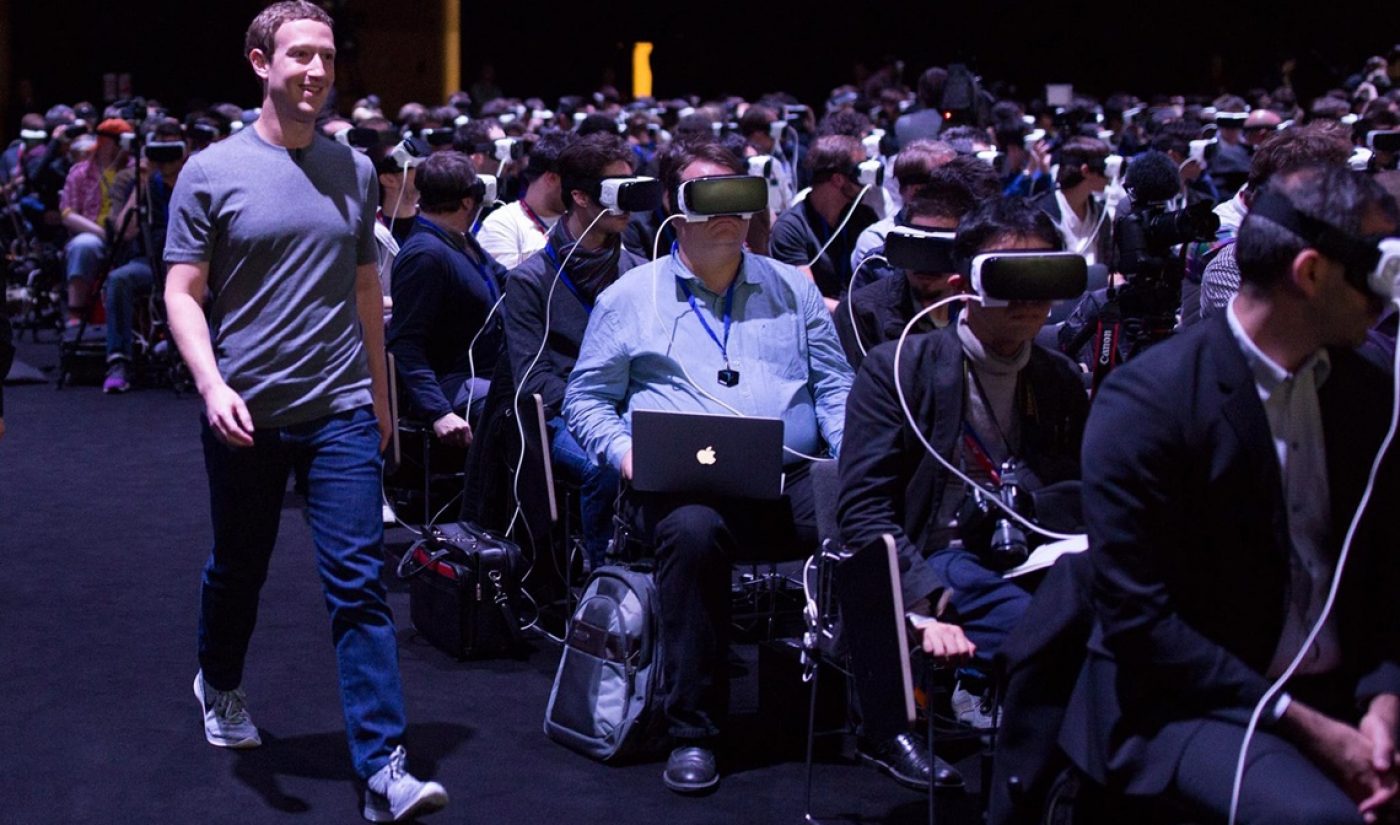 Facebook has announced the formation of a “Social VR team,” which will be exclusively tasked with determining ways in which future users might interact with one another using virtual reality.

That interaction may include “the ability for friends who live in different parts of the world to spend time together and feel like they’re really there with each other,” the social network wrote in a blog post. While no other information about the team has been released, The Verge reports it is being led by two game developers, Daniel James (Puzzle Pirates) and Mike Booth (Left 4 Dead).

At the same time — as it has been known to do — the 1.6-billion user network touted the growth of fledgling VR with some rather staggering stats. People have watched more than 1 million hours of video on the Gear VR — a mobile virtual reality device Facebook launched alongside Samsung in November 2015. For comparison’s sake, Google says  users have watched 350,000 hours of YouTube videos in VR using Google Cardboard. (The search giant is also rumored to be developing a more sophisticated virtual reality headset to succeed Cardboard.)

Facebook also says that more than 200 games and apps are available in the Oculus store — with hundreds of new titles, including Minecraft, to come. Additionally, “millions of people watch 360 videos on Facebook every day,” the company said, and more than 20,000 have been uploaded thus far. (360-degree videos can be viewed on desktop or mobile devices with no special VR equipment necessary.)

In addition to the blog post, Facebook CEO Mark Zuckerberg announced the developments at a surprise appearance at Samsung’s Mobile World Congress event in Barcelona. “Imagine being able to sit in front of a campfire and hang out with friends anytime you want. Or being able to watch a movie in a private theater with your friends anytime you want,” he said, according to USA Today. “Imagine holding a group meeting or event anywhere in the world that you want.  All these things are going to be possible.”

Facebook’s first Oculus device — the initial fruits of its $2 billion acquisition of the virtual reality company in 2014 — will begin to ship early next month.