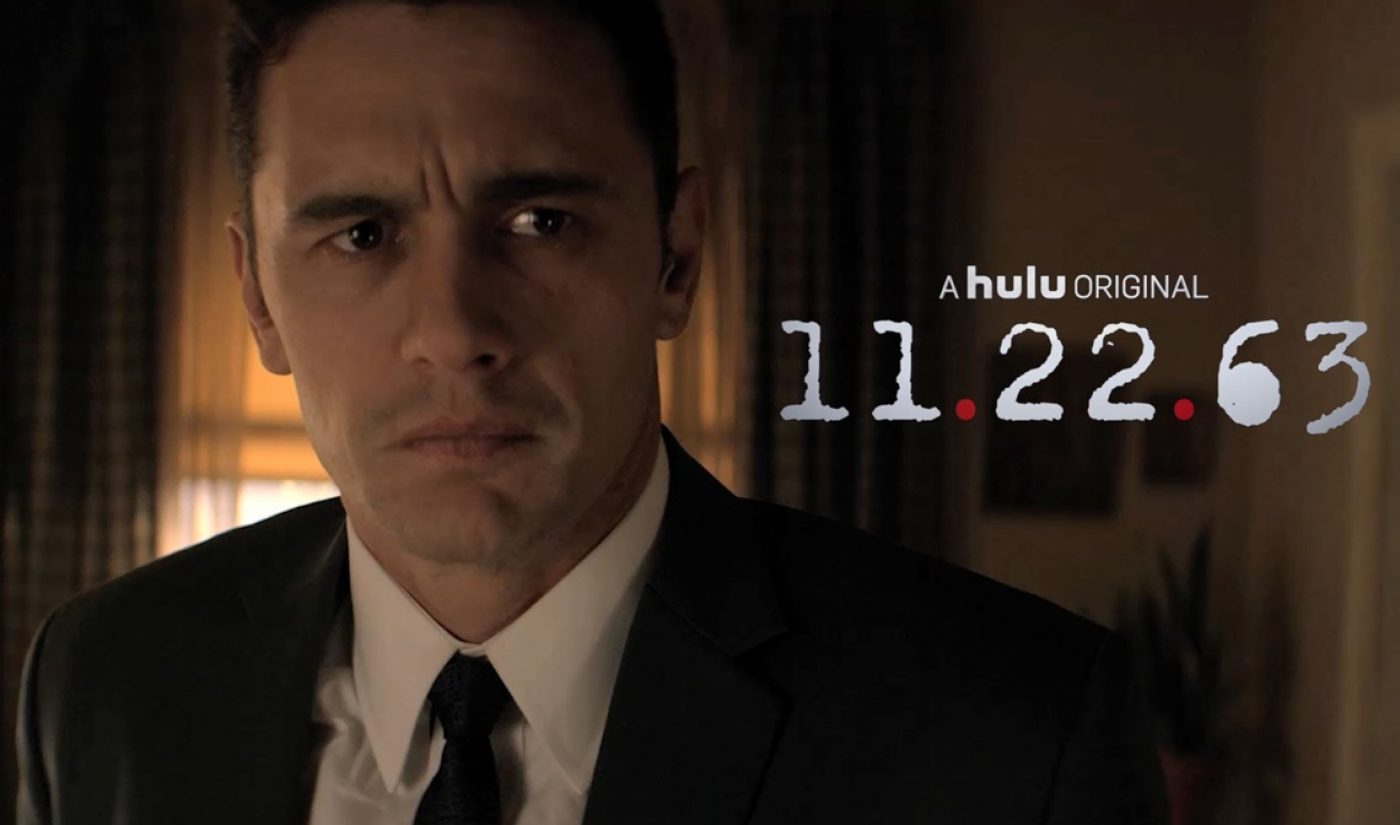 With the new series 11.22.63, Hulu is trying to find a prestige drama to match the award-winning successes of its competitors in the streaming video industry. As of February 15th, J.J. Abrams‘ and Stephen King’s time travel saga is available online, with critics offering up mixed reviews.

In 11.22.63, James Franco stars as Jake Epping, a high-school history teacher who goes back in time in order to prevent the assassination of President John F. Kennedy. His journey, however, creates several other unintended ripples, and Epping’s life and the lives of those around him are affected. The story is based off a best-selling book published by King in 2011.

Leading up to its release, 11.22.63 drew reviews in dozens of publications, but no clear consensus emerging. Some critics, such as Hank Steuver of The Washington Post, enjoyed it. “It’s a fun and easily absorbing thriller wrapped inside a cautionary tale about indulging in nostalgia,” he wrote, “and best of all, it has a definite and emotionally satisfying conclusion.” On the other side of the spectrum lie detractors like Brian Lowry of Variety. “[The] eight-part miniseries is an uneven affair, at times feeling as if it’s meandering through history en route to its frantic closing kick – a “Twilight Zone” episode, stretched and kneaded to wring more out of it, while making up the rules as it goes along,” he wrote in his review.

No matter the quality of 11.22.63, there is no denying Hulu’s ambition. The streaming video platform has been touting its newest show for close to a year-and-a-half, and while it won’t get a second season–it was envisioned as an eight-episode “event” from the start–it has the sort of scope and political appeal that can get people talking on social media. How big of a moment will 11.22.63 have? If it generates enough hype, it could generate a ripple of its own–and Hulu stands to benefit.