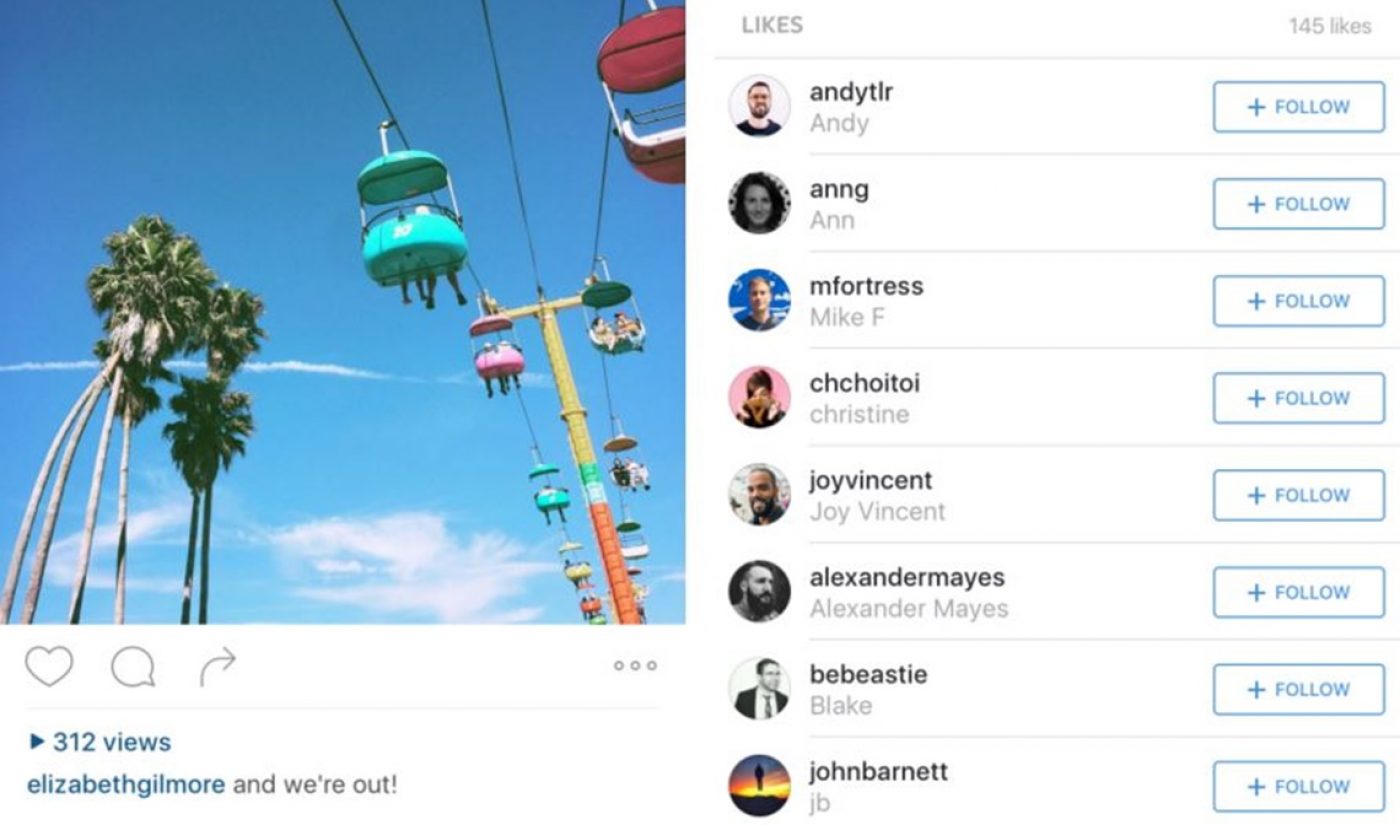 It’s out with ‘likes’ and in with ‘views’ for videos on Instagram. The platform shared in a blog post this afternoon that in the coming weeks it will replace the ‘like’ count previously displayed underneath a video with a shiny new view count (though ‘likes’ can still be seen with a simple tap-through, according to screen grabs of the new feature). And as is this case with its parent company Facebook, a view on Instagram constitutes three seconds of watch time.

TechCrunch reports that video is exploding across Instagram with watch time up 40% over the past six months. Displaying views could woo even more video makers, marketers, and viewers to make use of the platform. Especially if Instagram leans into its video promotion like it has been.

Instagram launched a Snapchat-like curated video channel last Halloween within the Explore tab. Today, the powers that be at the platform regularly spotlight themed videos, as well as those of individual creators, including Rachel Ryle and effects magician Zach King — who now clocks a staggering five million Instagram video views every day.

In its blog post, Instagram cited its Hyperlapse feature (which lets users create time lapse videos), as well as Boomerang (which stitches together a burst of photos into a mini video), as evidence that “view count is the first of many ways you’ll see video on Instagram get better this year.”

And video views isn’t the only video-based initiative unveiled by Instagram to its more than 400 million unique monthly users this year. Just last week, the platform unveiled a 60-second video option for sponsored videos, which had previously been restricted to 15 or 30-second iterations. (Videos from everyday users, however, can be no longer than 15 seconds.)