YouTube Red Shows Off Its First Slate At Sundance, Offers New Hopes And Challenges For Creators 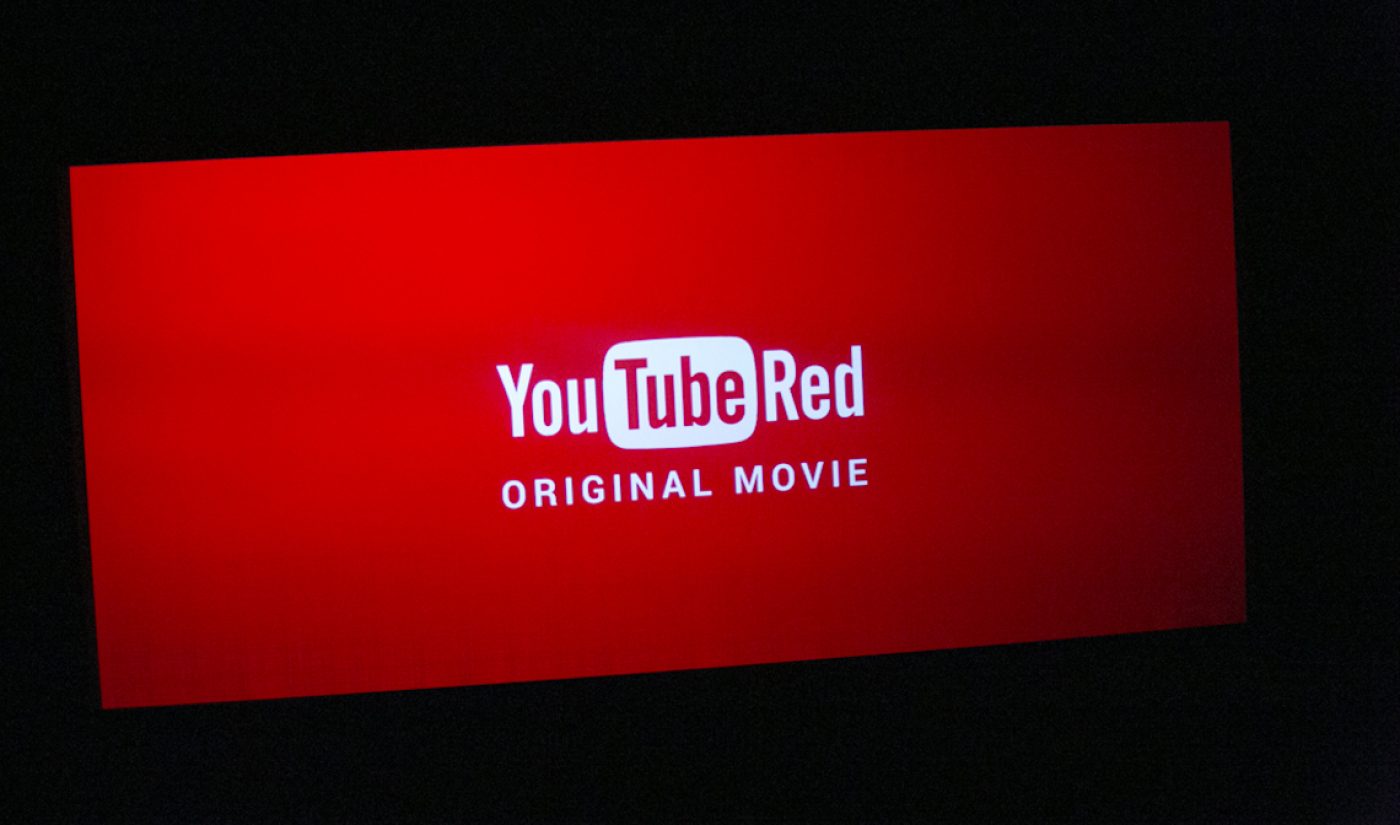 YouTube revealed its first slate of originals during the Sundance Film Festival this week, showcasing three of the four programs the world’s largest video sharing site is set to debut under the banner of its shiny new YouTube Red subscription service in early February 2016.

“I want to use this opportunity to give everyone a clear sense of what YouTube Originals are—and what they aren’t,” said Daniels, who left a top programming job at MTV to helm YouTube’s originals initiative for YouTube Red. “We want to work with them to create series and films that YouTube’s billion person audience will love—projects that feature their favorite stars in new genres, with fresh perspectives, and above all, great storytelling.”

Indeed, YouTube’s initial focus on creators native to its platform presents a sharp contrast with the higher profile programming coming from potentially competitive subscription services like Netflix, Hulu, Amazon and HBO. And what this round of YouTube Originals may lack in terms of production budgets and familiar Hollywood names (both in front and behind the camera), it makes up in its celebration and empowerment of fresh, independent voices who have found and built audiences on YouTube across a broad range of genres and formats.

As a result, YouTube Red’s initial slate reflects the wide diversity of creators found on YouTube, especially significant amid the recent controversy around lack of diversity in this year’s Oscar nominations.

“In addition to the influence YouTube has, I joined the company because I saw an ecosystem full of diversity,” added Daniels. “There are diverse faces and a broad range of genres. Everything from scripted content, unscripted, comedies, sketch shows, shorts and documentaries. Anything you want, you can find on YouTube and there’s no one recipe to create something that’s going to resonate with viewers.” Tapping into the existing fanbases of its native creators most certainly will help YouTube’s efforts to convert its massive audience to its subscription service. Nevertheless, as the YouTube platform continues to help propel its homegrown talent into mainstream stardom (Singh, for instance, missed the Q&A at Sundance because she was snowed in in New York after her appearance on The Tonight Show with Jimmy Fallon), YouTube Red itself is already facing competition for homegrown YouTube talent (Freddie Wong, for instance, has a Hulu original series and Netflix recently announced its Miranda Sings original Haters Back Off).

YouTube, however, isn’t letting those other subscription services cherry pick its talent without a fight. The platform has a number of upcoming projects in which its paired basement born stars with established Hollywood entities. The full slate of programming coming in the next year to YouTube Red includes series from PewDiePie with the creators of The Walking Dead, The Fine Brothers with Mandeville TV, and Wong Fu Productions with New Form Entertainment (Ron Howard and Brian Grazer’s new digital studio).

It’s that pairing of celebrity’s newfangled faces with traditional Hollywood institutions that may prove to be a winning combination. Even if just one of these originals can transcend its core audience at YouTube and float in the mainstream, don’t be surprised if YouTube dominates these kinds of headlines come Sundance 2017.