The Confessional: A Candid, Anonymous Interview With One Of YouTube’s Biggest Stars 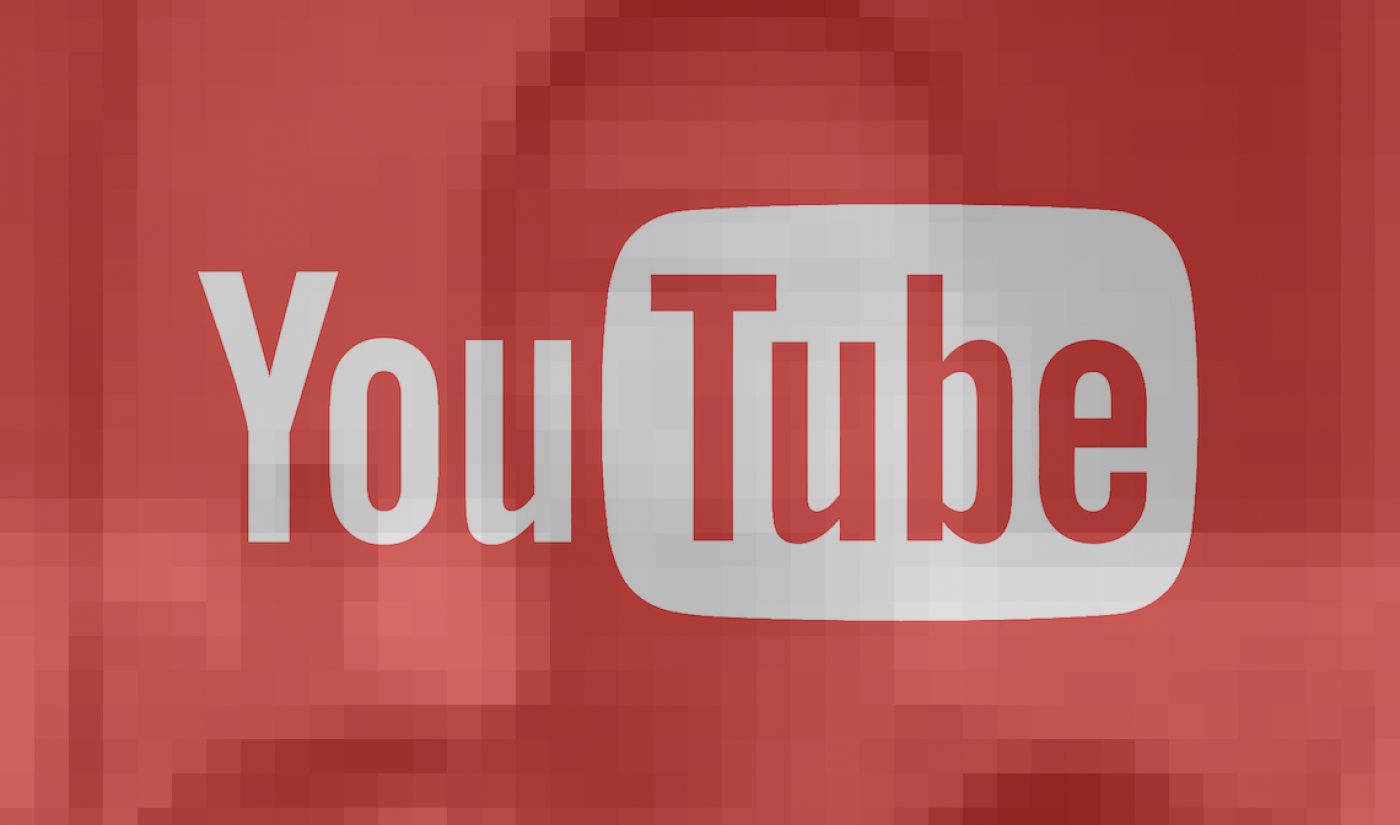 By any number of metrics, the online video and social media industries are growing at incredible rates. People around the globe upload more than 400 hours of video to YouTube every minute. Advertising dollars spent on digital platforms will eclipse advertising dollars spent on traditional television by 2017. YouTube and social media stars are more popular among teens than celebrities from TV and film.

The massive growth of these still nascent industries in such a short time frame (YouTube did only just turn 10, after all while television – in some form or another – has been around for more than century) has undoubtedly upset the status quo. The rise of online video and social media stars has at most crippled major pop cultural entertainment entities and at least caused a lot of headaches as all the major players (including creators, platforms, talent agencies, advertising agencies, television and film studios, and more) must navigate this new entertainment paradigm.

And because of that, individuals working in the online video and social media industries complain. A lot. We’ve all heard creators, brands, agencies, YouTube multi-channel networks, and more frustratingly talk about and discuss one another. There’s a lack of information and understanding between the parties involved. Candid thoughts and opinions are rarely stated publicly. More often than not, complaints are enthusiastically shared in a private setting, over drinks and behind closed doors. The keynotes and interviews at conferences are mostly rated PG and only provide a small insight into the machinations and growing pains of the industries at large.

There’s a wealth of knowledge and experience not being communicated. People want to be polite, not offend anyone or portray the ecosystem in a certain way. After all, it’s still growing.

So, in an effort to help provide perspective and educate everyone who works in the online video and social media ecosystems, I’ve launched a Q&A series with marketers, agencies, managers, and creators. All interviews are anonymous. I’m calling it ‘The Confessional’.

The anonymity is essential so that each interviewee can be as honest as possible. We will all learn the most when the individuals who actively work within this ecosystem can be forthright and open in sharing the issues they face. You’ll see this setup leads to some surprisingly frank and sincere points of view.

The first of my series of interviews is with a YouTube creator who has over two million subscribers across multiple channels. This creator is extremely well known, and has been on YouTube since 2008. He has (yes, it’s a he) a wealth of knowledge working with brands and building up channels.

He’s one of the most professional YouTube creators I’ve ever worked with and approaches his channel like a business in a way that few other creators do. He shared his approach to dealing with brands, managing brand deals, as well as his thoughts on how creators can better sell themselves to brands and get paid what they’re worth.

Some of the highlights from our interview include:

(Editor’s Note: The following has been edited and condensed for clarity.)

Brendan Gahan: I’d love to hear what’s it like for you when you work with brands? How do you approach that? What’s the process? What’s the pain point?

Anonymous YouTube Star: As much as I hate to say it I’ve had a kind of “fuck you” approach to brands.

I don’t mean to sound arrogant in that sense, but you don’t really have time to waste, so I try to be to the point and not be a jerk about it. But as far as brands are concerned, I’m very up front and I’m like “Hey, this is what I’d like to do and how much it will cost.”

I try to storyboard stuff from time to time or I’ll do a visual deck to make sure that we’re on the same page. There’s been maybe a couple of brands that nickel and dimed revisions and I just wouldn’t work with them again.

BG: You’re definitely among the YouTube creators who are more professional, buttoned up, and process oriented. Why is that? Is that a conscious thing to differentiate yourself from other YouTube creators?

AYTS: I want people to understand that this is a business and I’m treating it as such. And I really demand that respect and time, that effort and energy and in doing so I give them equal.

So if I spend a half-day creating a visual deck for a brand so that we are clear as to the flow of a campaign, great, because then I know that’s going to reduce stress and hurdles down the road where there might have been a lack of communication.

I don’t know if other creators do that level of work. I don’t necessarily do it to separate myself from them. I just do it to try to make my life easier.

BG: Do you think creators understand how to work with brands and how to address their needs and goals?

AYTS: It’s hard to speculate for the masses because there are so many different types of creators out there. I personally feel that it’s hit or miss. For every example you can give, you can give another that’s completely different.

You can take someone like Michelle Phan or somebody who is insanely business savvy and understands a successful campaign strategy, how to biz dev etc. It’s all over the place.

But, I think it’s kind of hard to be successful if you’re not business savvy, because you end up burning bridges and then the well runs out.

BG: Do you think YouTubers are getting paid what they’re worth?

AYTS: I feel like certain ad agencies and brands understand the value of social media and digital content creation for their demographics. Unfortunately, a lot of them don’t necessarily see the value, or they see the value and they try to undersell it to the creator.

At the end of the day your rate card should reflect your ability to sell to your audience.

I know a lot of guys especially in the entertainment industry will say, “Hey, this is my rate, if you can afford it, great, if you can’t just come back to me when you can.” They don’t do the whole “Let’s do a deal this time and then later on we’ll figure it out,” because later on it never happens. Unfortunately it doesn’t because when you commit to doing something for a specific rate be it professionally or for a brand integration people hold you to it.

And more often than not the brand ends up coming back because the brand or the agency goes “Hey, well, I really want to do this with him”, and that ends up working in your favor.

BG: How do you explain to brands why you charge them a certain amount? Do you go into detail on production costs, TrueView, comparisons to TV, etc?

AYTS: All the time. That’s easily one of the best way to show a brand your value. You can buy views to target my audience and it’s going to cost you like $150,000 to get the same views and demographic as my video.

BG: You’ve been on YouTube almost since the beginning. How do you think things have changed? What do you feel has changed the most?

AYTS: The space is so competitive at this point.

People are willing to sell themselves short, and as a result you have to really work really hard to figure out where and how you can bring value to the viewer and capitalize off of it. It seems as though everything that you’re willing to do, somebody else is willing to do for the attention and you’re trying to do it for profit to pay the light bill.

A lot more people just see YouTubers and think “Hey, I could do that too.” It’s great because ultimately, I’m a consumer and I love shaking the system up and making sure people are creating good stuff.

The second you feel complacent or you feel like you understand, it changes. It’s constantly evolving how people consume media and what’s effective.

BG: What do you think is the key to success in building a channel on YouTube?

AYTS: I don’t think there is one and it would be very arrogant for me to say definitively how to start a successful channel today. I think there are so many different variables.

If I were to start out a channel right now I would pick the one thing that I am the most passionate about that I enjoy doing every single day that I feel like I could come up with an endless supply of creative content. That’s it.

I would also spend so much money on marketing. I think that a lot of people spend their time creating a lot of really good content and then don’t bother marketing it.

But, regardless, you need to be brutally honest with the stuff that you create.