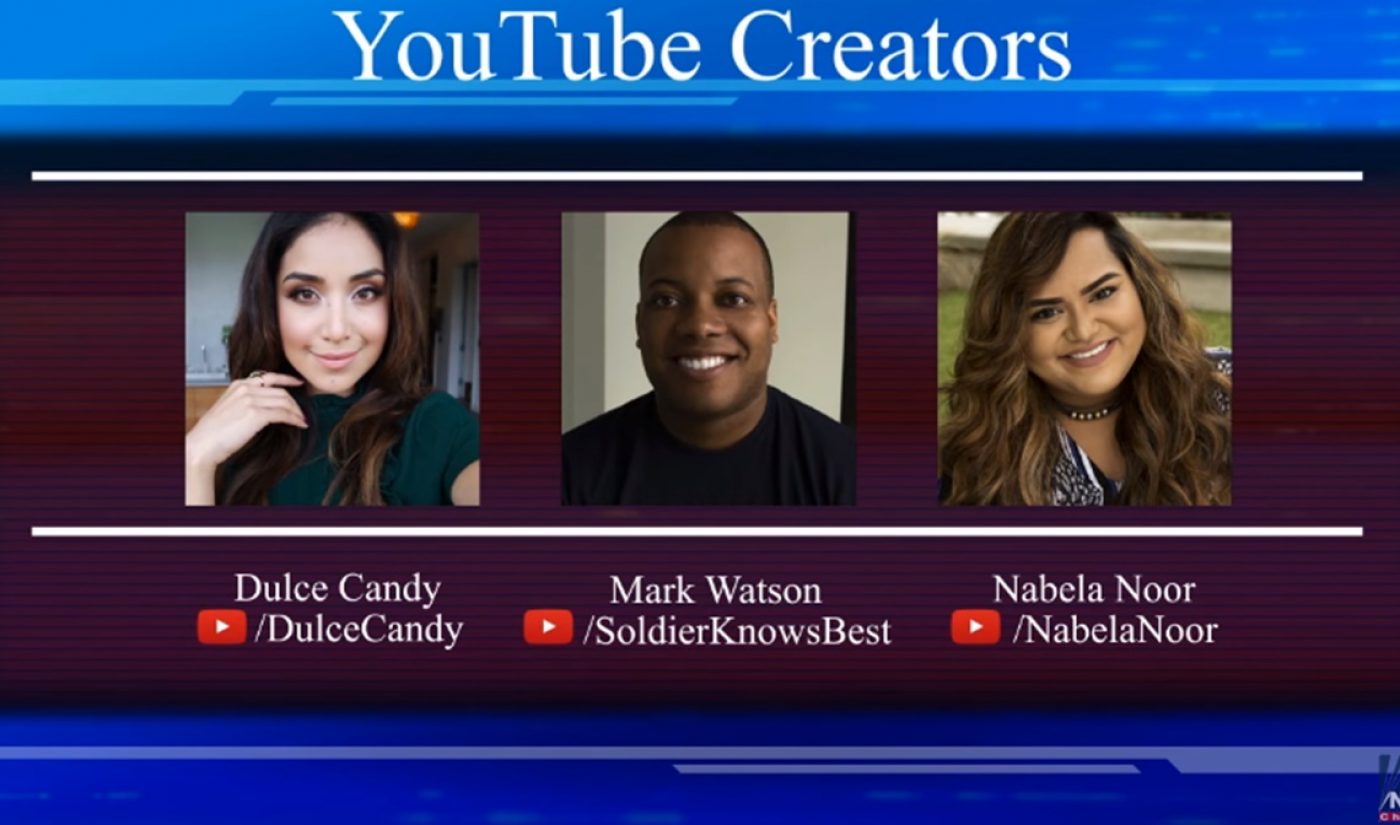 Last week, YouTube noted that a trio of its creators would receive the chance to ask questions to the Republican presidential candidates during a debate on January 28th. Now, the video site has shared more information about its partnership with debate broadcaster Fox News, and among that information, it has revealed the three creators who will be featured on the upcoming broadcast: DIYer Nabela Noor, Soldier Knows Best host Mark Watson, and makeup expert Dulce Candy.

The three creators will gain a similar opportunity to the one Franchesca Ramsey, Connor Franta, and Henry Reich received during a recent Democratic-side tussle. Throughout the course of the upcoming debate, Noor, Watson, and Dulce will each get a chance to ask “a question on an issue that matters to them and their communities,” according to a Google blog post.

Google will also unveil several other features that will enhance the viewing experience for the GOP debate. The site’s searches will incorporate quotes from the candidates into its results in real time, and Google Trends will share its own insights throughout the evening. A Fox News video teases a few of these novel features:

The debate begins at 7 PM EST on January 28th. It is the final debate, Democratic or Republican, before the Iowa caucus on February 1st.