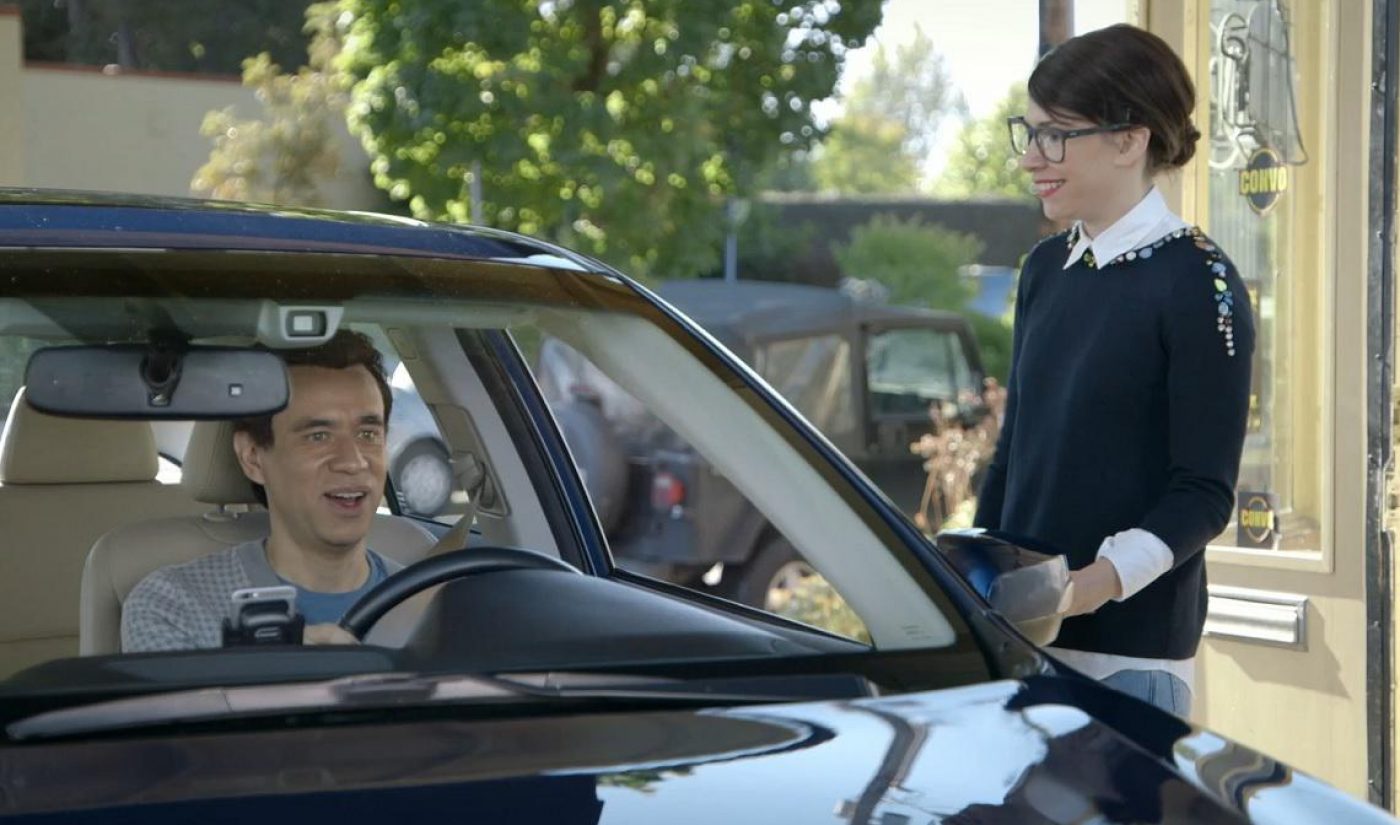 Created to promote season six of Portlandia (which premiered on January 21, 2016), Talkative Driver features the IFC show’s star Fred Armisen as a chatty, Uber-inspired car service worker. While his company’s Conversation Inspector (Portlandia’s Carrie Brownstein) trained him to discuss his inner thoughts, Armisen’s passengers would much rather he shut up. The four-episode series integrates Subaru cars in every episode, as IFC has worked with the car manufacturer since season two of Portlandia.

“This year we wanted to evolve the partnership a little bit,” explained Blake Callaway, EVP of Marketing and Digital Media at IFC, as reported by Adweek. “So we went to the writer’s room and created this first standalone web series.”

This isn’t the first web series IFC has created related to Portlandia. Back in January 2014, the cable network and Subaru released another web series starring Armisen and Brownstein as a way to promote Portlandia season four. In that series, the show’s two stars play aging Oregonians who are stoked about an upcoming taping of A Prairie Home Companion in their native state.

You can watch all four episodes of Talkative Driver on IFC.com or the IFC app.